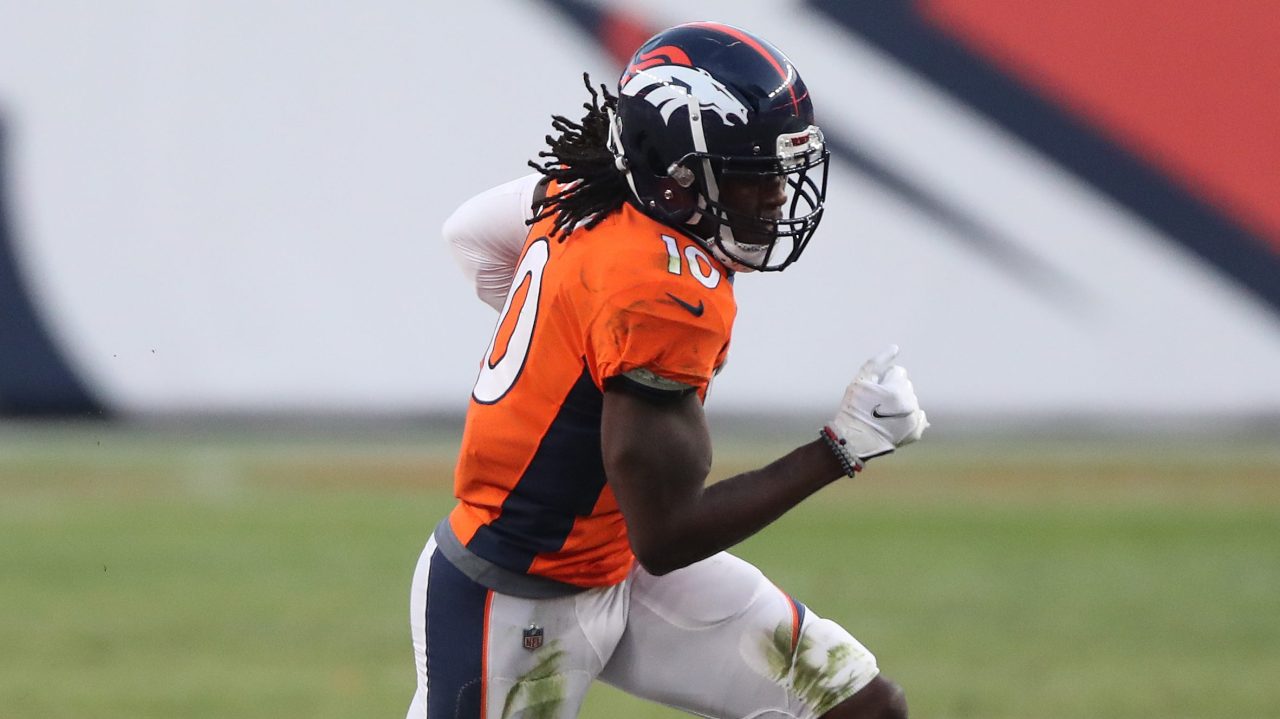 The Office confirmed he was arrested around noon for second-degree criminal tampering with a domestic violence enhancer, the ACSO tweeted. The charge is a misdemeanor and he’s on a no bond hold.

KOA Radio, which partners with Nexstar’s KDVR, said the Broncos are aware of the situation but have no comment at this time.

What these charges mean

KDVR legal analyst George Brauchler said this is a domestic situation between two people in an intimate relationship and that the violence enhancer wording is from 2021 changes to domestic violence sentencing law.

Brauchler said if Jeudy is found guilty, he could possibly serve up to six months in jail.

Jeudy was the Broncos’ first pick, 15th overall in the 2020 NFL draft. He was a star at the University of Alabama and was awarded the Fred Biletnikoff Award as the nation’s best wide receiver as a sophomore in 2018.

Jeudy’s development during his rookie year was challenging as it was in the midst of the COVID pandemic. But he was determined to improve in his second year and finished last season with 467 yards on 38 receptions in 10 games played.