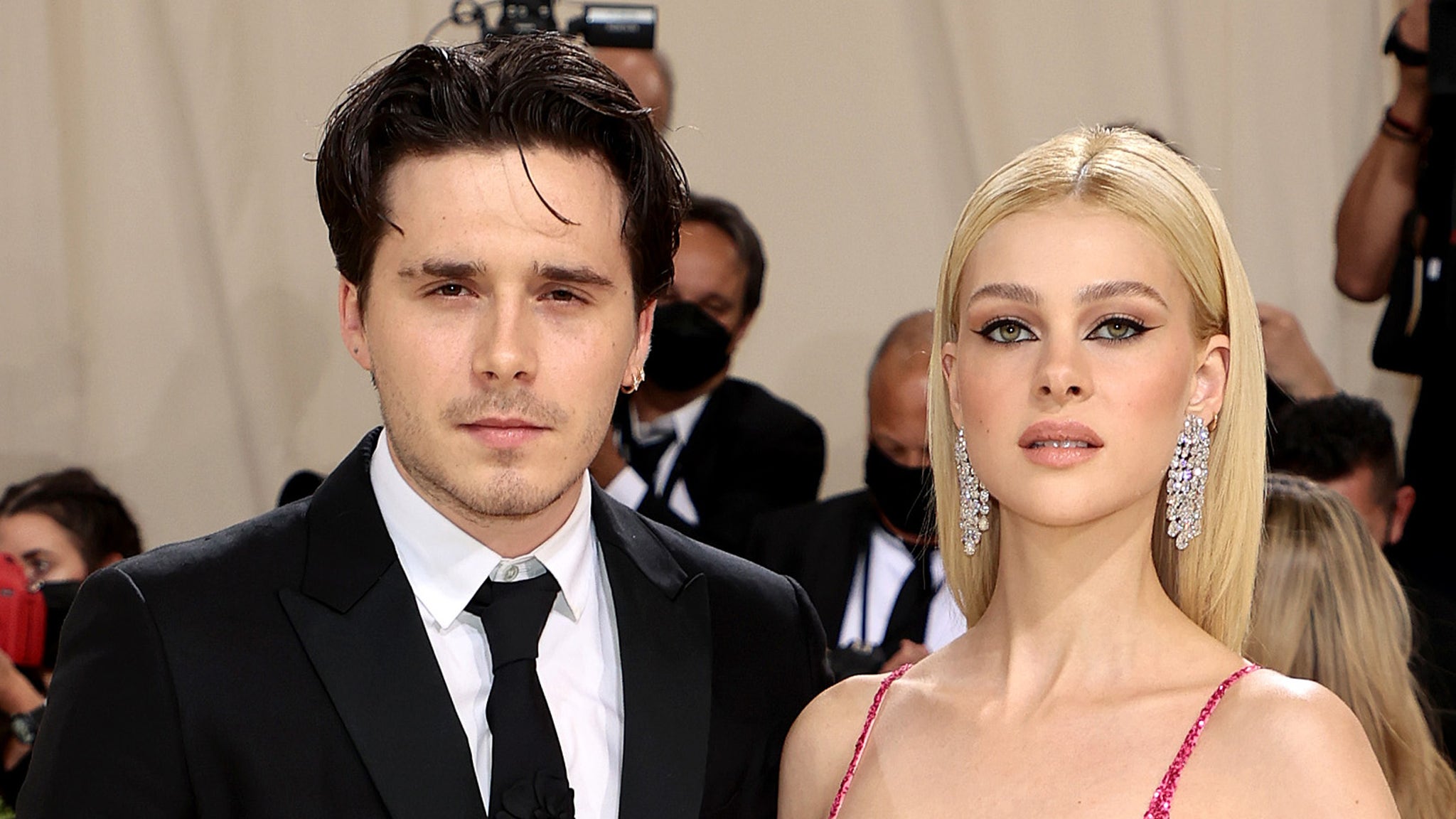 The couple tied the knot after two years together in a lavish weekend celebration at her family’s $100 million plus Florida estate.

On Saturday, Brooklyn Beckham and Nicola Peltz tied the knot after over two years together. The couple said “I Do” at the Peltz family’s $100 million plus oceanfront estate, Montsorrel, in Palm Beach, Florida.

Brooklyn is the 23-year-old son and eldest child of David and Victoria Beckham. Nicola, 27, is an actress, best known for starring in “Bates Motel” and “Transformers: Age of Extinction,” and is daughter of billionaire Nelson Peltz.

Both Brooklyn and Nicola welcomed their entire family to the weekend wedding event, with Brooklyn’s father David reportedly emceeing the night. His mother Victoria and siblings were all in attendance, as well.

On Nicola’s side, she was joined by her father Nelson Peltz and mother Claudia Heffner, along with all seven of her siblings, according to People.

According to TMZ, Brooklyn’s younger brothers, Romeo, 19, and Cruz, 17, served as his best men, while his sister, Harper, 10, was a bridesmaid. As for Nicola, her grandmother was her maid of honor and her brother Brad was her man of honor.

Nicola was spotted in a stunning Valentino bridal gown, as reported by The Daily Mail. The couple were wed under a traditional flower-garlanded chuppa as part of Nicola’s Jewish heritage, as well as Brookyn’s through his maternal grandfather. They also smashed a glass inside a napkin after their vows, per tradition.

David Beckham Has Ukrainian Doctor Take Over His Instagram

The young couple’s nuptials were a star-studded affair. Per TMZ, celebrities who were in attendance included Victoria’s Spice Girls group members — Mel B and Mel C. According to The Daily Mail, Emma Bunton was unable to attend, nor was Geri Horner, who was traveling to Australia with her husband.

Rapper Snoop Dogg reportedly DJed at the reception, telling the Mirror back in January that the gig was to be his gift to the happy couple. Famed chef Thierry Isambert, who used to prepare meals for President Clinton, provided the wedding banquet, per TMZ.

In addition to the Saturday’s lavish festivities, there will reportedly also be a London reception that is to take place next month, per Page Six.

Brooklyn and Nicola first went public with their romance in January 2020. Brooklyn popped the question the following June.

“Two weeks ago I asked my soulmate to marry me and she said yes xx I am the luckiest man in the world,” he captioned an Instagram photo of the two at the time. “I promise to be the best husband and the best daddy one day ❤️ I love you baby xx.”

Nicola, who shared the same image, wrote alongside her post: “you’ve made me the luckiest girl in the world. I can’t wait to spend the rest of my life by your side. your love is the most precious gift. I love you so so much baby and thank you harper for this pic.”

Congratulations to the newlyweds!