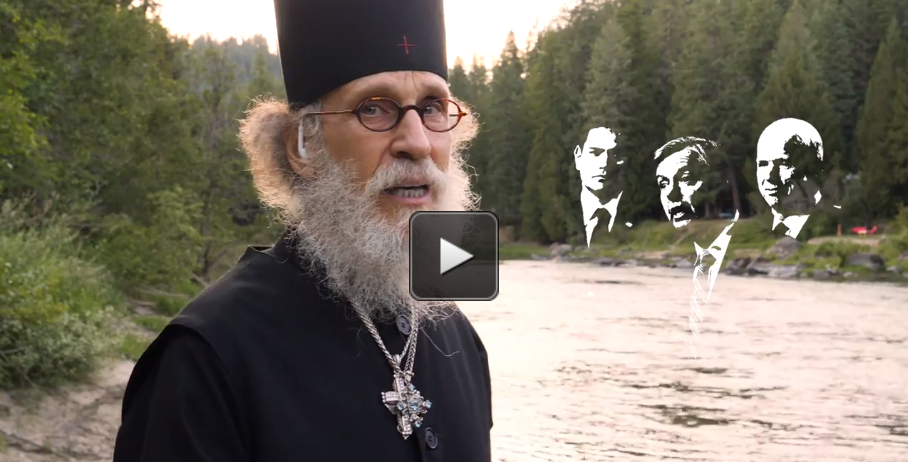 The author grew up Jewish in New York City, and converted to Russian Orthodox Christianity, eventually becoming a monk.

He describes his ministry as ‘street evangelism’, and he can often be seen in midtown Manhattan and Washington DC protesting US hostility towards Russia. He has a highly successful YouTube channel with over 35 million views and 130,000 subscribers, and maintains a website called RealJewNews.

He is particularly vocal about and critical of Jewish influence pushing the confrontation with Russia. He tells his life story, and how he arrived at his current convictions on his YouTube channel.

When we first became aware of Bro’ Nat’s videos a couple of years ago, we found his delivery so ‘unusual’, that we passed them by, while muttering to ourselves that he was often entirely right. Since then we have had the pleasure of meeting him, stayed in touch, and can attest that he is a very good guy.

We’ve taken a second look, and have to admit he is too right, and has built too large a following, to pass over any longer. You can see all of his articles on RI here.

It can no longer be denied. Brother Nat is definitely doing God’s work, calling out the vipers and liars and speaking truth to power – a modern day Isaiah.

Listen to his take on the Russian super classic ‘Moscow Nights’, where he rips the Neocons, (Podmoskovnie Vechera), a staple of any Russian karaoke session. Incidentally, Russians, like their Asian neighbors, LOVE karaoke.

It’s actually a great song. Watch the video below it of Russian opera megastars Dmitry Khvorostovsky and Anna Netrebko sing it outside the Kremlin walls a couple of years ago.

I had such a dream just the other night
Dreamt I was on tour in famed Red Square;
Then three men appeared wearing spiteful sneers
In this most beautiful Moscow night.

Then three men appeared wearing spiteful sneers
In this most beautiful Moscow night.

As I ventured forth I recognized those men
Graham, McCain, and Marco Rubio;
Gave me such a start under a waxing moon
In this night that could not end too soon.

Gave me such a start under a waxing moon
In this night that could not end too soon.

McCain was sitting shiva for Sheldon Adelson
Graham was dressed in pink underwear;
As for Rubio he spoke in Spanish you know
Then he turned ’round to me and said:

“I eat Matzah balls when Norman Braman calls
I gave up on burritos long ago.”

Suddenly those men vanished out of sight
Then St Basil, the Fool for Christ, appeared;
He whispered in my ear, the kingdom of God draws near
But those men are unfit for Moscow nights.

Whispered in my ear, the kingdom of God draws near
But those men are not fit for Moscow nights.

Anyone is free to republish, copy, and redistribute the text in this content (but not the images or videos) in any medium or format, with the right to remix, transform, and build upon it, even commercially, as long as they provide a backlink and credit to Russia Insider. It is not necessary to notify Russia Insider. Licensed Creative Commons