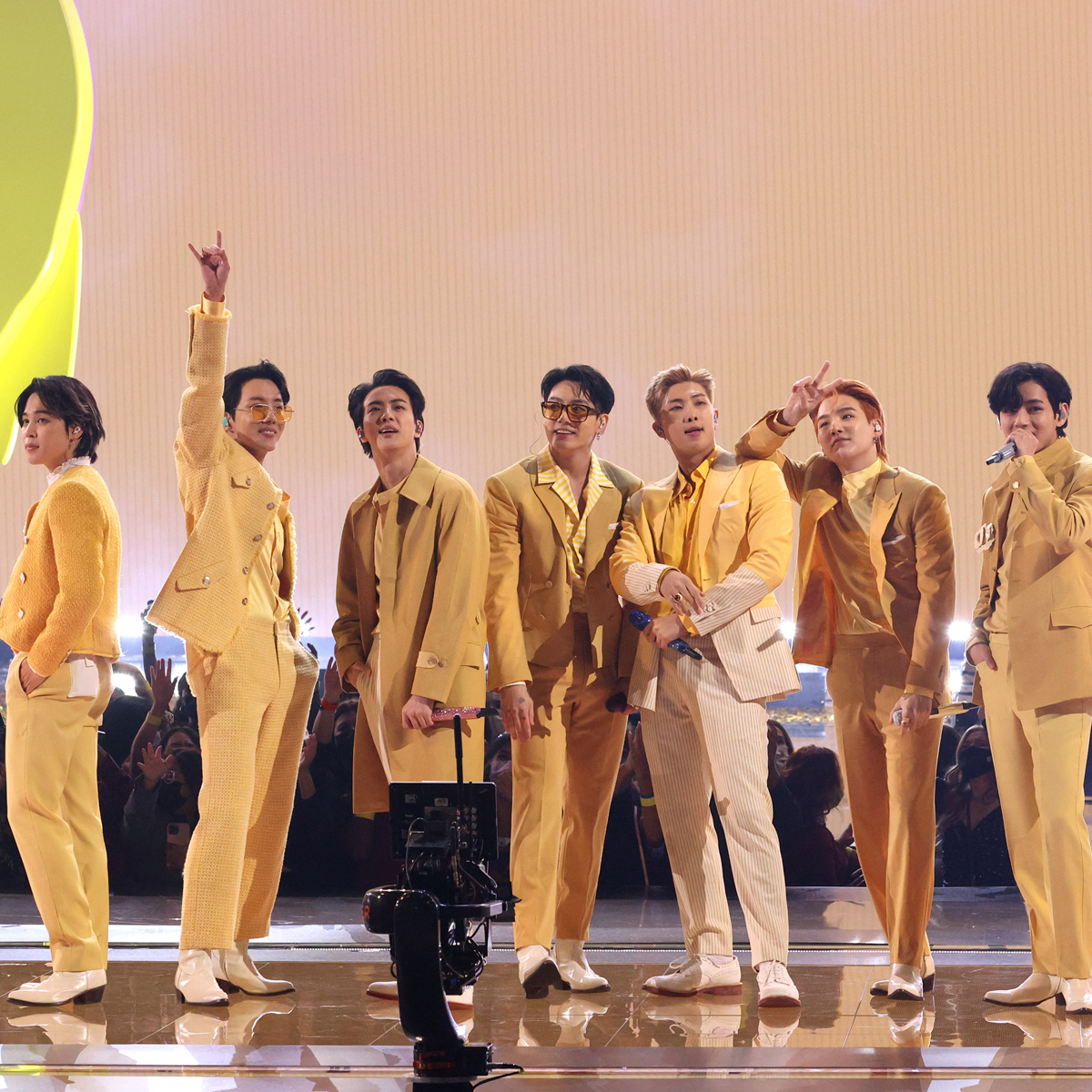 Could things have been any smoother?

BTS took the stage for the final performance of the night with their hit single, “Butter.” V, RM, Ji-min, Jongkook, Jin, J-Hope and Suga performed live on stage on Sunday, Nov. 21, during the 2021 American Music Awards at the Microsoft Theater in Los Angeles.

After taking home three awards, the boy band members put on their best yellow suits and got the crowd singing and dancing to the popular song that was released this summer. Keeping up with the theme, the stage illuminated with bright yellow lights and the animated “Butter” sign.

Of course, BTS did the choreography that got more than the ARMY screaming.

The K-pop superstars didn’t miss a beat, although Megan The Stallion had to pull out of the show, one day before the performance. The Hot Girl Coach, who appears on the official “Butter” remix, announced on Saturday, Nov. 20, that she would no longer be able to attend the ceremony.