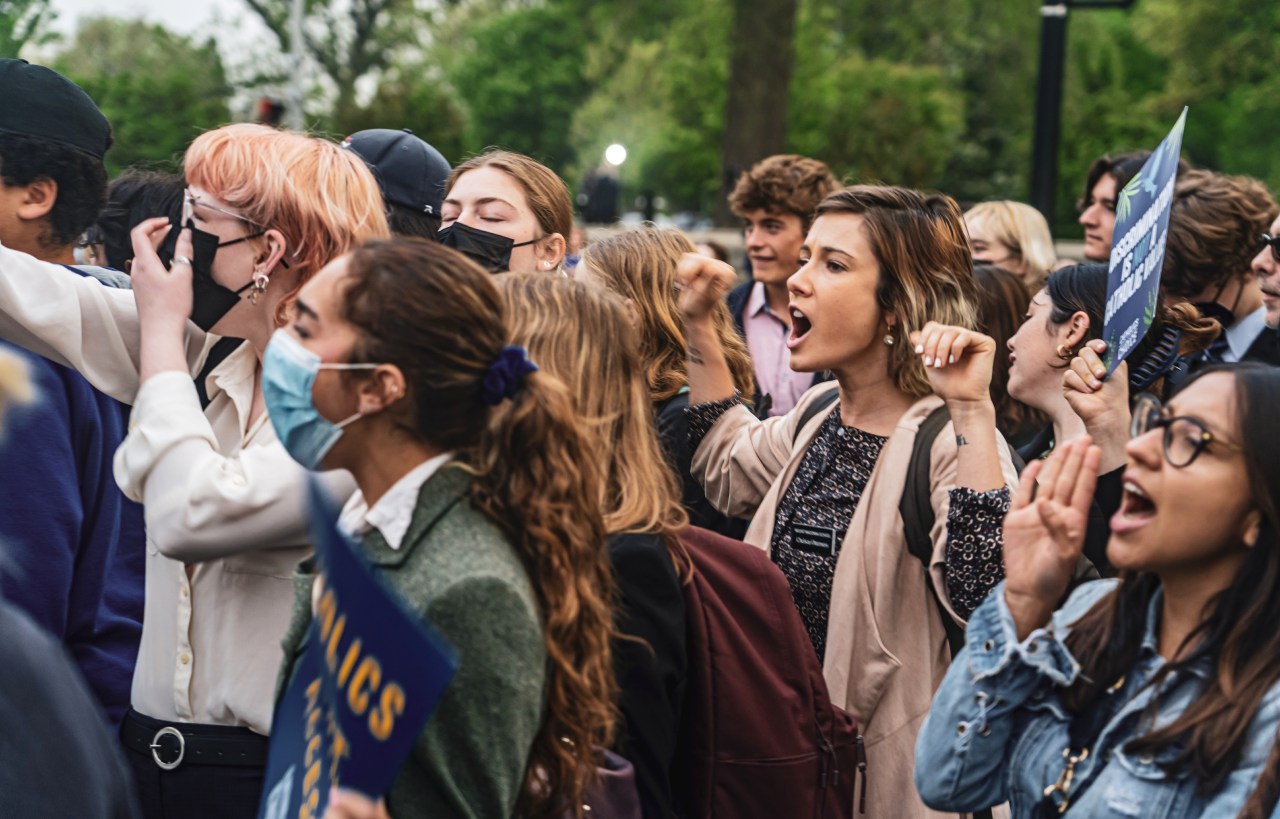 SANTA CRUZ COUNTY, Calif. (KRON) — A group of Santa Cruz County high school students were on an field trip in Washington D.C. when they happened to witness a historic moment outside the U.S. Supreme Court.

A large gathering of protesters assembled on the Supreme Court’s steps Tuesday after Justice Samuel Alito’s Roe v. Wade draft opinion leaked out to the media. The draft revealed that the Supreme Court’s majority is poised to overturn the 1973 ruling and its constitutional right to abortion.

Nearly 20 Mount Madonna School students happened to be on an educational field trip at the same moment, and their trip’s theme was “Values in American Thought.”

Some of the 11th and 12th grade students were overcome with emotions when they listened to speeches advocating for women’s reproductive rights.

Grace Timan, a 17-year-old senior, told KRON4, “I have always been very passionate about social justice. I did not expect this decision to come out while we were on the trip. The one day I was in front of the Supreme Court. It was a very surreal moment, seeing it in such a historically significant place. It hit me, what the weight of the moment was.”

The high schoolers caught the attention of a New York Times photographer and Timan’s face was splashed across the Times’ homepage under the headline, “Supreme Court Confirms Leak.”

The class’ teacher, Shannon Kelly, told KRON4, “It was one of those teaching moments that you can’t let go by. To see first-hand free speech when there are such high emotions on both sides.”

The leaked draft showed the Supreme Court’s upcoming summer ruling could be the most consequential opinion on women’s health and privacy in 50 years.

“The girls in my class, the senior class, we are all very pro-Roe v. Wade,” Timan said.

For the teenagers, the Supreme Court’s draft opinion is “frustrating, shocking, and terrifying,” Timan said.

About half of U.S. states are expected to ban abortion if Roe falls.

In California, Democrats who wield control of the state Legislature and the governor’s office issued a joint statement announcing they would seek to amend the state’s constitution to enshrine abortion rights.

“California will not stand idly by as women across America are stripped of their rights and the progress so many have fought for gets erased,” California Democrats said. “We know we can’t trust the Supreme Court to protect reproductive rights, so California will build a firewall around this right in our state constitution. Women will remain protected here.”

– The Associated Press contributed to this report.