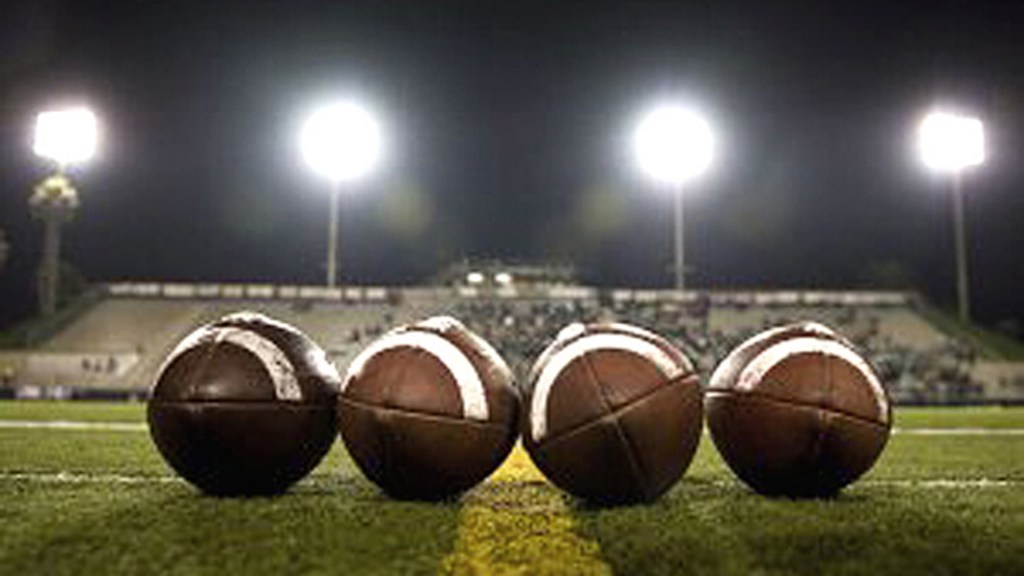 You’re a hockey fan watching your team play a regular-season game. You understand there’s a home-ice advantage, but for some reason, it seems like your team — whichever it might be — doesn’t perform as well when the game gets to overtime.

And if it goes to a shootout? Well, say hello to the home-ice disadvantage.

Matt Hoffmann has the answer for that. Does he ever.

“We look at this and see it across sports,” Hoffmann said. “Once in a while, we see there is a home disadvantage. It happens in certain sports in certain moments. What we found happens a lot in a pressure situation: a Game 7 or a hockey shootout that is the home advantage can reverse and become a home disadvantage, where the home team has a lot of pressure on them.”

Then, you read about the mental health struggles of world-class athletes like tennis player Naomi Osaka or gymnast Simone Biles. On a simple level, you understand what’s happening here: the searing, diamond-creation-esque pressure they face on world stages like Wimbledon or the Olympics. But Hoffmann can tell you why athletes like Osaka or Biles competing in individual sports face more mental-health hurdles than world-class athletes in team sports like Lebron James, Tom Brady, Connor McDavid or Cristiano Ronaldo.

An assistant professor of kinesiology at Cal State Fullerton, Hoffmann and his colleagues just finished presenting a paper at the North American Society of Psychology of Sport and Physical Activity conference in Hawaii on youth sports and the mental health difficulties that all too often are a byproduct of youth sports participation.

In this study, which was published this week in the journal PLOS ONE, Hoffmann and his colleagues sifted through questionnaires from more than 11,000 children and adolescents from 21 sites around the U.S. Their goal: Find out what effect team sports, individual sports or playing no sports as a child or adolescent has on mental health.

“With lots of attention on mental health, I became curious about how participation in team sports would be useful for youth mental health,” Hoffmann said. “There’s a good amount of research over years that sports, in general, is typically good for the mental health of youth. We compared kids who played sports with kids who don’t play sports, and the kids who do have better mental health. We know this from previous research. But there’s been a little less research in teasing in particular in specific categories of sport.

They do. But what Hoffmann and his colleagues discovered through their research, which started in early 2021, was two-fold. They found through collecting the data that kids who play organized sports do enjoy better mental health than kids who don’t in terms of less anxiety, less depression, less social and attention problems.

They also found that kids who play team sports have fewer mental health problems than those who play individual sports, like tennis, golf or gymnastics. That, they expected as well. But where the curveball came happened when Hoffmann and his colleagues compared kids playing individual sports to those who didn’t play sports at all.

“Finally, we found there was no difference, generally speaking, in terms of those kids (who play both team and individual sports) and mental health vs. kids who didn’t play sports. They sort of wash each other out. … We thought that kids who played both team and individual sports would enjoy the best of both worlds vs. kids who didn’t play sports. But we found no differences.”

Hoffmann is full of “interesting findings,” because he’s a research junkie. Growing up in Toronto, Hoffmann was an avid hockey and baseball player — all team sports. When he came to the usual conclusion 99.9% of people come to that they’re not good enough to do this at an elite level, Hoffmann gravitated to a field that fascinated him from afar — sports psychology. Not that he ever used a psychologist and not that he can even describe how his future career field turned up on the radar.

He went to Laurentian University in Sudbury, Ontario, because it had a sports psychology undergrad program. He began as most students in the field begin: because they want to get in the heads of professional and elite athletes. He followed that with his master’s degree and doctorate. at the University of Windsor.

“As I kept going through it, once I started doing my master’s, I had to do research. I fell in love with research,” he said. “Once I realized I really liked research, I saw I could have a career teaching sports psychology as a professor and do research.”

How much does Hoffmann love research? Enough to write a paper called “Home Team (Dis) Advantage: Patterns in the National Hockey League Change through Increased Emphasis on Individual Performances with the 3-on-3 Overtime Rule.” Here, Hoffmann discovered that a home team advantage turns into a home team disadvantage once a game gets into overtime. His research illustrated that with two relatively comparable teams talent-wise, the home team is 1.66 times more likely to win in regulation.

Take that game to overtime and that advantage disappears into a coin flip. Take it to a shootout and the visiting team is favored. The home team advantage turns into a disadvantage.

“The story, in general, is home teams don’t want to go into overtime. There’s no value for them,” Hoffmann said. “For the visiting team, they want to prolong the game as long as possible, because the game becomes more individualized and the home team advantage goes away.

“We can speculate on psychological reasons why this is. The thought was that you’ve made the game more individualistic at 3-on-3, and it’s possible players feel enough pressure 3-on-3.”

Hoffmann said his next project is to explore how athletes mentor each other. This has fascinated him since he was a Ph.D. candidate at the University of Windsor.

“I’ve always been curious how those veteran athletes mentor younger teammates. What do they do? What do they talk about?” he said. “A lot of that research came about with Olympic-level athletes mentored by older athletes and explaining how important that is. Athletes who have a mentor who is another athlete have a lot of positive outcomes. They feel more confident when they have another athlete under their wing. That’s good.

“We know from research there’s a tension between older and younger athletes. The older athlete sometimes asks ‘Why would I want to help this younger athlete who could take my playing time away from me?’ It’s an interesting question.”

Hoffmann is good at asking individual questions regarding the mental gymnastics of athletic performance. But he’s even better at finding the answers.

Did you know…? Hoffmann has published papers in “Psychology of Sport and Exercise,” “Measurement in Physical Education and Exercise Science” and “Journal of Sports Sciences.”

He said it — Hoffmann on how he arrived at CSUF in 2020: “I knew of Cal State Fullerton when I was in Canada as a student. It’s had a good reputation in the sports sciences and sports psychology for many years. … When the job came up in sports psychology, I was happy to apply and curious if I would be shortlisted. It just worked, it was a good fit and I was happy to be hired and thrilled with the position. We have good researchers here. We have an exceptional sports science program.”