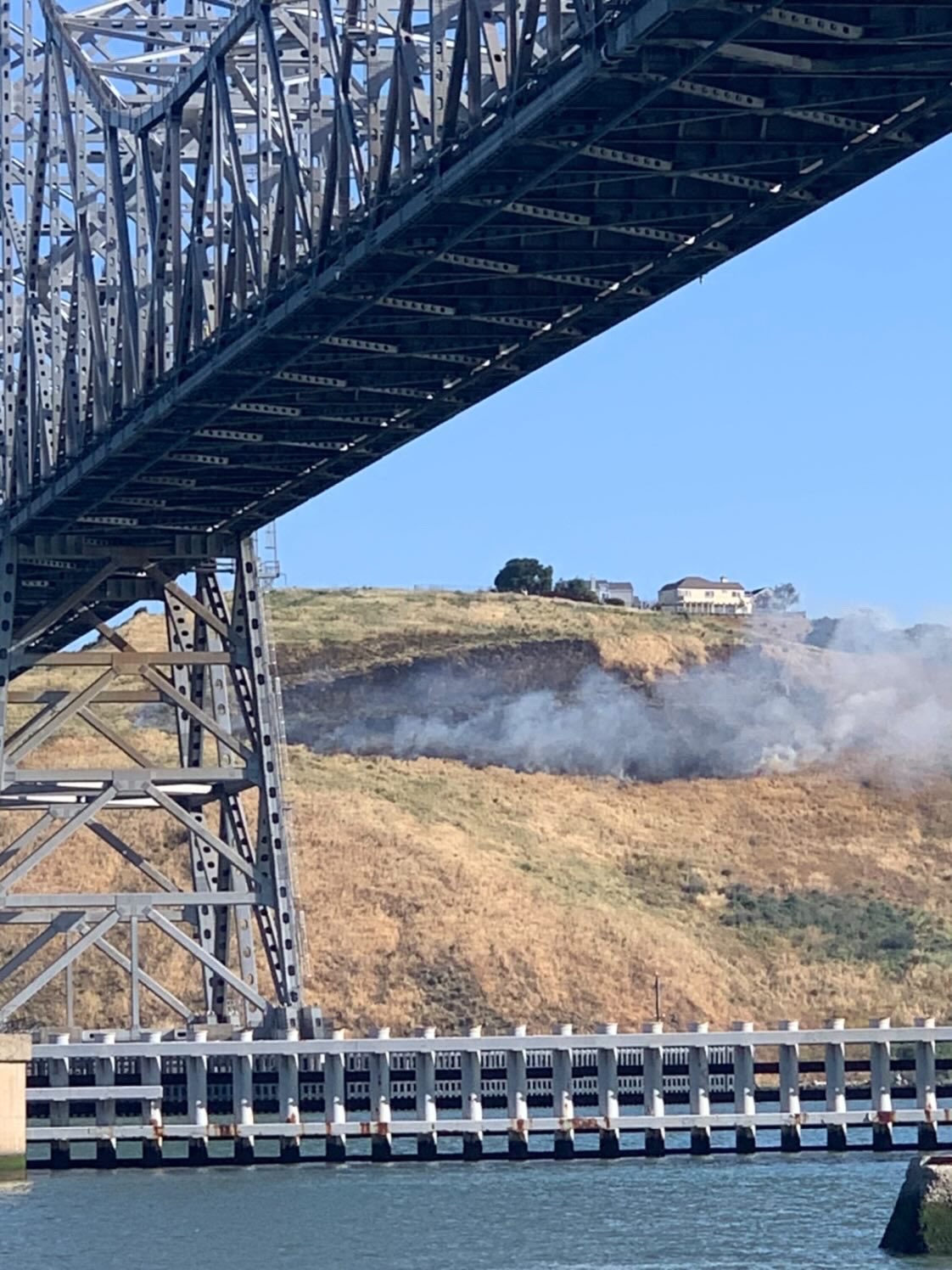 CROCKETT, Calif. (KRON) — Fire officials responded to a vegetation fire that occurred near the Carquinez Bridge.

The fire was near the East Bay I-80 at the Pomona Street off ramp near the Carquinez Bridge Toll Plaza.

The fire was about 100 yards from homes, officials said in a tweet. The fire was near the Vallejo side of the bridge.

California Highway Patrol Solano closed off lanes 3 and 4 on the East Bay I-80 bridge around 9:40 a.m. They remained closed temporarily for two hours.

Around 11:16 a.m. Solano Highway Patrol tweeted that all lanes reopened.

Authorities reported the fire to be two acres in size. Heavy smoke was expected to drift into Crockett as the fire went on.

Officials say the fire is put out.

The cause of the fire is unknown.

No further details were provided.