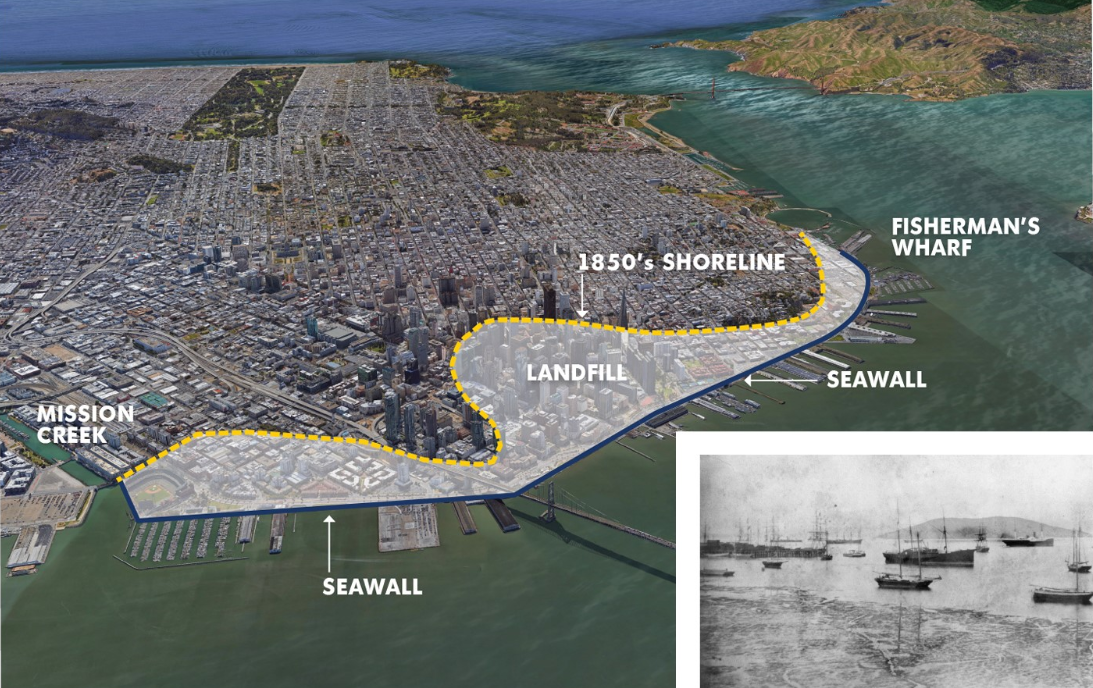 SAN FRANCISCO (KRON) – The first portions of the new living seawall coming to San Francisco’s Embarcadero will be installed “most likely in September,” according to a scientist involved in the project.

The goal of the project, which is a joint venture between the Smithsonian Environmental Research Center and the Port of San Francisco, is to create ecologically-friendly surfaces that encourage underwater habitats. These surfaces will be placed on the existing seawall, which is a barren concrete surface.

The project will be used “to help inform how to better design seawalls and other marine infrastructure as we move forward with our plans to adapt to sea level rise,” Randy Quezada, the communications director for the port, told KRON4.

Andrew Chang, an ecologist with the center, said that with the existing concrete seawall needing to be restored due to seismic reasons and projected, climate change-related sea level rise, the project is trying to “kill two birds with one stone.”

“It’s up to 100 years old,” Chang told KRON4. “While doing that, there is also a strong interest to create a better habitat for the ecological community around the seawall. That’s where we come in.”

The scientists are working on 90 one-foot square tiles, and six larger tiles, to be placed at the Pier 45 Breakwater on Fisherman’s Wharf, the Agricultural Building Seawall by the Ferry Building and the South Beach Harbor East Breakwater by Oracle Park.

The two-year pilot study will figure out which surfaces would be best for the biosphere of the San Francisco Bay.

“Our group has been involved in restoration and conservation for a number of years,” Chang said. “It seems like a good partnership to maintain the habitat for the critters on the wall.”

Chang said that the designers are “looking at ways the design will enhance the diversity of organisms living around the wall.”

“The Living Seawall Pilot is another important opportunity to demonstrate the port’s commitment to engineering with nature resilience solutions. We will test and study innovative concepts that draw from research conducted around the world, from Seattle to Sydney, to learn how we can make San Francisco’s seawall more ecologically friendly in the future,” Elaine Forbes, the executive director of the Port of San Francisco, stated in a press release. “We are honored to have the Smithsonian Environmental Research Center as partners on the Living Seawall Pilot, which represents a new ecological approach to earthquake safety and flood risk reduction here in the Bay Area.”

The seawall stretches over three miles, and is one of the city’s oldest pieces of infrastructure. Much of the shoreline of San Francisco sits on landfill — indeed an engraving of the natural shoreline can be seen in the sidewalk on King Street across from Oracle Park — and the seawall is essential to keeping it from being reclaimed by the Bay.

It sits atop mud that leaves it vulnerable to earthquakes, and according to the port, the U.S. Geological Survey estimates there’s a 72% chance of a major earthquake in the next 21 years.

KRON ON is streaming live

The Embarcadero Seawall Program was instituted to spend $5 billion to repair the seawall in response to these threats, plus that of rising water levels due to climate change. A majority of that funding is coming from the state and federal governments, considering that the seawall protects some $100 billion in annual economic activity.

The living seawall project will cost about $1 million, and funding will come from San Francisco’s Proposition A.