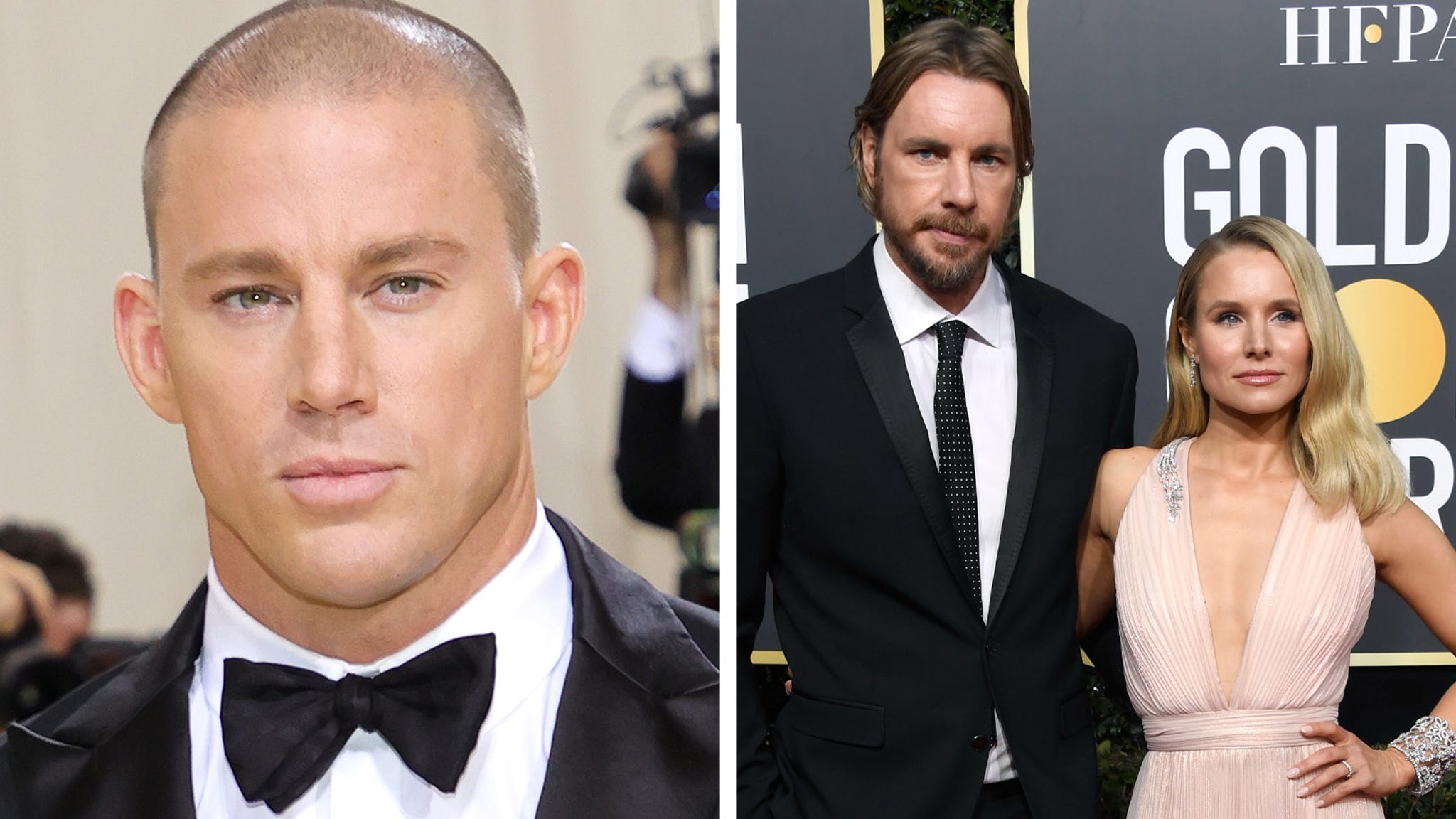 Channing Tatum is offering his sincerest apologies to Dax Shepard after his wife Kristen Bell compared seeing the “Magic Mike” show in London to her wedding day.

Earlier this month, Bell made an appearance on “The Ellen Degeneres Show” and spoke about an experience that she ranked “up there with having my children and getting married” — attending a live “Magic Mike” show.

Bell told DeGeneres that while she was out in London with her co-stars Ben Platt, Allison Janney and Karen Sony, they convinced her to attend one of the live strip shows there despite her reservations.

Although she admitted that she was hesitant at first, it turned out to be “one of the best nights of my life.”

“I felt electric,” Kristen gushed. “This show is so not what you think it is, if you ever have had a thought about what you thought the Magic Mike Show was it is like so body positive, like so female positive, so male positive, so every positive,” she recalled. “It felt so good and the dancing was so beautiful and I just felt like I was on fire for it!”

On Thursday’s episode of the daytime talk show, Tatum responded to the “Good Place” actress’ comments while promoting his new film “The Lost City” and the highly anticipated “Magic Mike 3.”

“I owe her a phone call, and just a thank-you because that was, like, the most sweetest thing,” Channing laughed. “I know Dax really well, so I probably have to apologize for Dax. Yeah, sorry, Dax.”

The third installment of the “Magic Mike” series is due to start filming this month according to Variety. During a previous appearance on “The Kelly Clarkson Show”, the 41-year-old actor opened up about the physical demands the films require.

Channing revealed that he had initially hesitated to agree to a third “Magic Mike” film due to the pressures of staying in shape and camera ready for the steamy movie.

When host Kelly Clarkson asked about his dieting regimen, he revealed that the process of staying lean may not be as healthy as one might think.

“Do you have to eat really well?” she asked to which Channing replied, “Well is not even — that’s not even healthy. You have to starve yourself. I don’t think when you’re that lean it’s actually healthy for you.”

The 39-year-old host asked Tatum what he had missed the most while on the strict diet, and the actor admitted that he missed having flavor with any of his food as he’s had to cut salt from his diet.

“The thing I miss most is probably salt,” he replied and shared that when it gets “really close to the day when you got to be butt naked on screen” he cuts the ingredient from his diet.

“Everything just tastes like, I don’t know, water. It’s nothing,” he said.