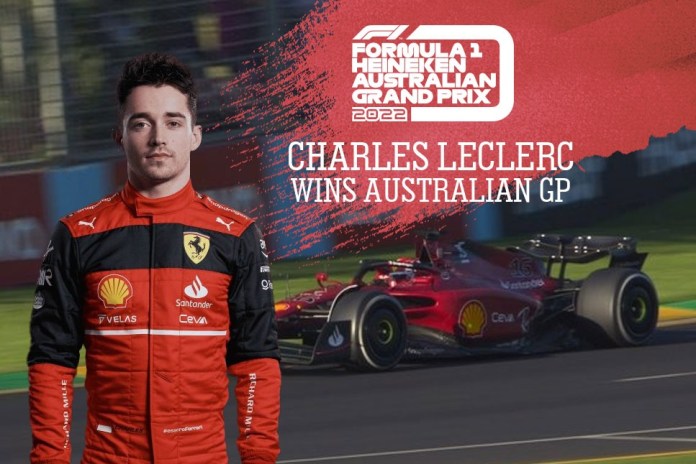 McLaren looked comfortable and saw both their drivers in the top 10 for the first time this season. Lando Norris finished fourth and Daniel Ricciardo in his home race settled for seventh place. The veteran driver Fernando Alonso crashed his car and saw DNF next to his name. But, he will start the race in the tenth place.

Heading into the final part of the race and we’re deep into battle.

Valtteri, in P11, is chasing Stroll and Gasly for a place in the points, with Zhou just a couple of cars behind in P14.#AusGP 📷DPPI Images pic.twitter.com/ASBnf69LTI

.@alo_oficial is in P6 and yet to stop: everyone else in front of him should be in a position to go to the end #AusGP #Fit4F1 pic.twitter.com/l0mZrw0zmw

Safety Car – and this will work out nicely for George! 🙏

He is in for his first stop and re-joins in P3 – ahead of Fernando who is still yet to stop.

Lewis now P6 behind Checo and ahead of Kevin. 👀 pic.twitter.com/u3XEggDjO9

Lewis and George matching the pace of the Bulls now – both of the boys still focused on tyre management.

Treating these 🟡 Mediums as kindly as possible. pic.twitter.com/0tcNQfT1Vo

…not sure if he means his P9 or Melbourne 😅

Turn 1 is always treacherous 😬 Both Bulls make it through in one piece 👏 pic.twitter.com/OkBAQBuvxi

The Ferrari driver is in the gravel, driver is OK #AusGP #F1 pic.twitter.com/FOBd484hAU

A reminder of where everyone lines up ahead of the race! 👀#AusGP #F1 https://t.co/D7R1Tethjd

Valtteri Bottas was eliminated after the Q2 session. His streak of qualifying for the Q3 session came to an end. Even Haas was looking a bit off their pace after having two good races. Mick finished in the fifteenth position and Kevin Magnussen seventeenth.

A dramatic moment at the end of Q1 😱#AusGP #F1 pic.twitter.com/vx3TthAaUH

The Australian Grand Prix will now have three DRS zones. This was confirmed by the FIA today morning before the start of the FP3 session.

Where can you watch the Practice, Qualifying, and Race on TV?

The Practice, Qualifying, and Race can be viewed on Star Sports.

Where can you watch the Practice, Qualifying, and Race? – Live Stream

The Practice, Qualifying, and Race can be live-streamed on Disney + Hotstar.