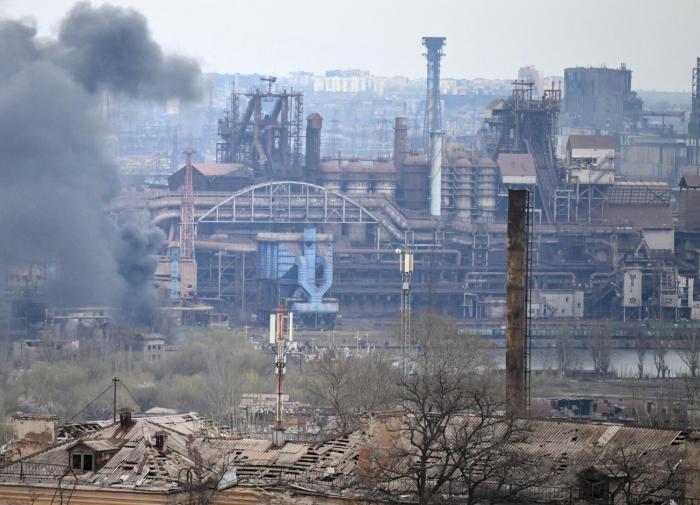 Ramzan Kadyrov, the President of Chechnya, posted a message about civilians and the wounded at Azovstal on his Telegram channel. According to him, more than 150 civilians are hiding in the bunkers of the steel works.

According to Kadyrov, the commander of the Azov* battalion, who also hides in the underground facilities of the besieged steel works in Mariupol, is causing sufferings to hundreds of people.

“You have 170 wounded people in one bunker, more than 150 civilians in another one, and you are calmly playing for time,” he wrote. The head of Chechnya also urged the Azov* commander to take to the battlefield.

“Let’s finish it once and for all!” he wrote.

In addition, Kadyrov considered it necessary to begin the second stage of the special operation throughout Ukraine because foreign countries “brazenly” supply their best weapons to Ukraine.

“They sell these weapons to local residents. This is total chaos, lawlessness,” the head of Chechnya said.

Evacuation of civilians from Azovstal continues

As many as 101 people have been evacuated from the Azovstal steel works in Mariupol since April 29. The evacuation is carried out with the assistance of the UN and the International Committee of the Red Cross (ICRC), UN coordinator in Ukraine, Osnat Lubrani said. Many more civilians could still be staying at Azovstal, she said.

On May 1, the Russian Ministry of Defense announced the evacuation of 80 civilians from Azovplant steel works. The people were sent to the settlement of Bezymennoe in the Donetsk People’s Republic (DPR), where they were provided with food, accommodation and necessary assistance. Those who wanted to go to Kiev-controlled areas were handed over to representatives of the UN and the International Committee of the Red Cross (ICRC).