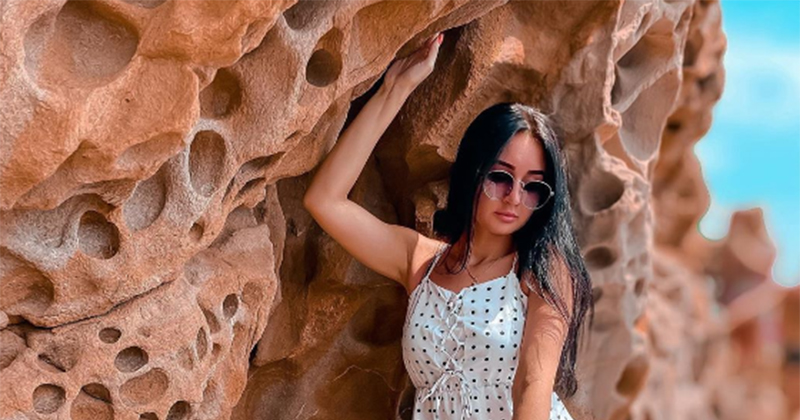 Nature is the best sculptor, designer and architect. People cannot replicate some of its amazing creations. Just look at this rocky shore Tuzlukh near Malorechenskoye village, not far from Alushta in the Crimea! Isn’t it a true wonder? People call these rocks “cheesy” because they resemble yellow cheese. Although the word “Tuzlukh” itself is translated from the Tatar as “a salt shaker”. So there can be different associations.

Quartzitic sandstones, which compose these rocks, have a homogeneous constitution and those places, where minerals are not very solid, are gradually destroyed by the sea water and winds.

The cheesy rock has a deep grotto that has been popular since the Soviet time. Soviet film directors liked these rocks very much. Today the rocks attract many tourists too – especially in the resort season – from May to October.

Unfortunately some people leave litter in this place… Although it’s prohibited as well as fishing and making fires near the rocks.