A photograph from one of China’s most famous fashion photographers, Chen Man, featured as part of a Christian Dior exhibition in Shanghai, drew the ire of state media on Monday.

An editorial appeared in the Beijing Daily with the headline: “Is This the Asian Woman in Dior’s Eyes?” The article went on to describe the photograph as having “spooky eyes, gloomy face, and Qing Dynasty-styled nail armour.”

“The photographer is playing up to the brands, or the aesthetic tastes of the western world,” the editorial said. “For years, Asian women have always appeared with small eyes and freckles from the Western perspective, but the Chinese way to appreciate art and beauty can’t be distorted by that.”

That article was followed by others, and provoked a heated debate on Chinese social media. While some netizens on the Twitter-like Weibo platform criticised the image for pandering to Western stereotypes of Chinese women, others pointed out the relationship between this image and others by Chen Man shot in 2012 that were featured on the cover of i-D magazine and praised her work for its more inclusive beauty standards than those usually seen in China, where pale skin and large eyes are traditionally prized. 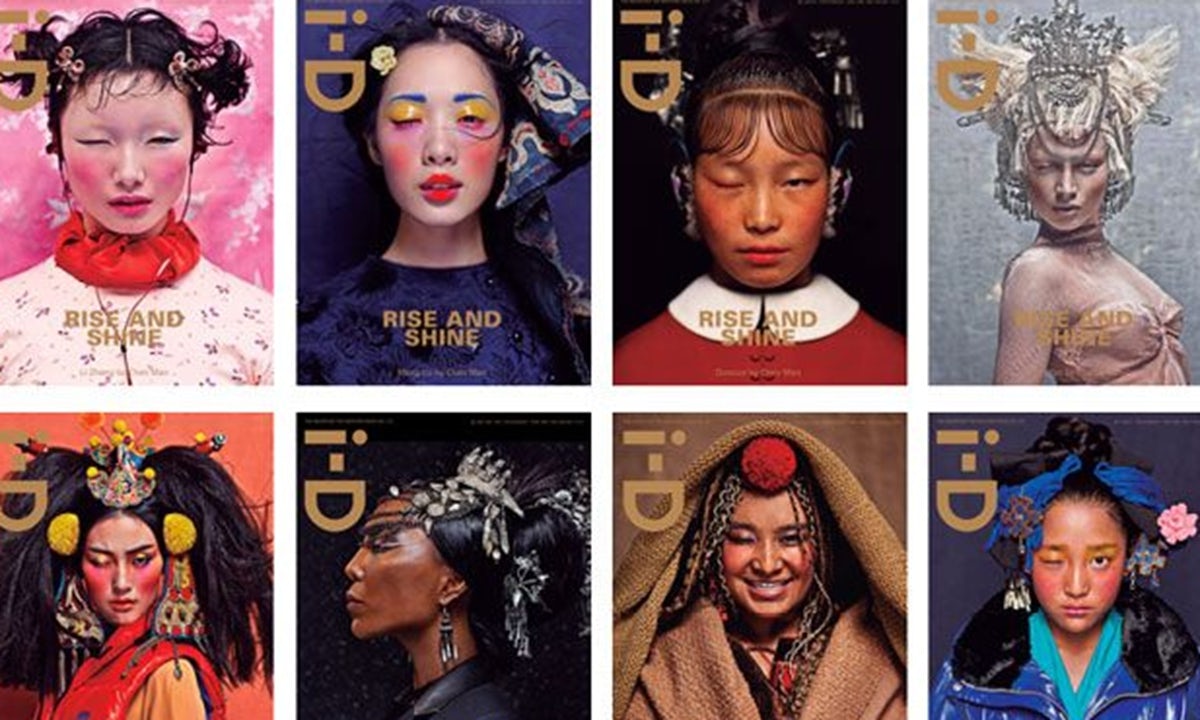 The photograph was part of Dior’s Art’n’Dior exhibition, on show until Nov. 23 in Shanghai’s West bund Art District, which included a series of Lady Dior handbags reinterpreted as part of the ongoing Dior Lady Art project by 12 artists, including Zhang Huan and Li Songsong.

Both Chen Man and Dior declined BoF’s requests for comment, but Dior confirmed the photograph has been removed from its exhibition.

Louis Vuitton, Prada and Dior are among the brands who are tapping into the creative and cultural cachet being generated by a week of art and design fairs in Shanghai.