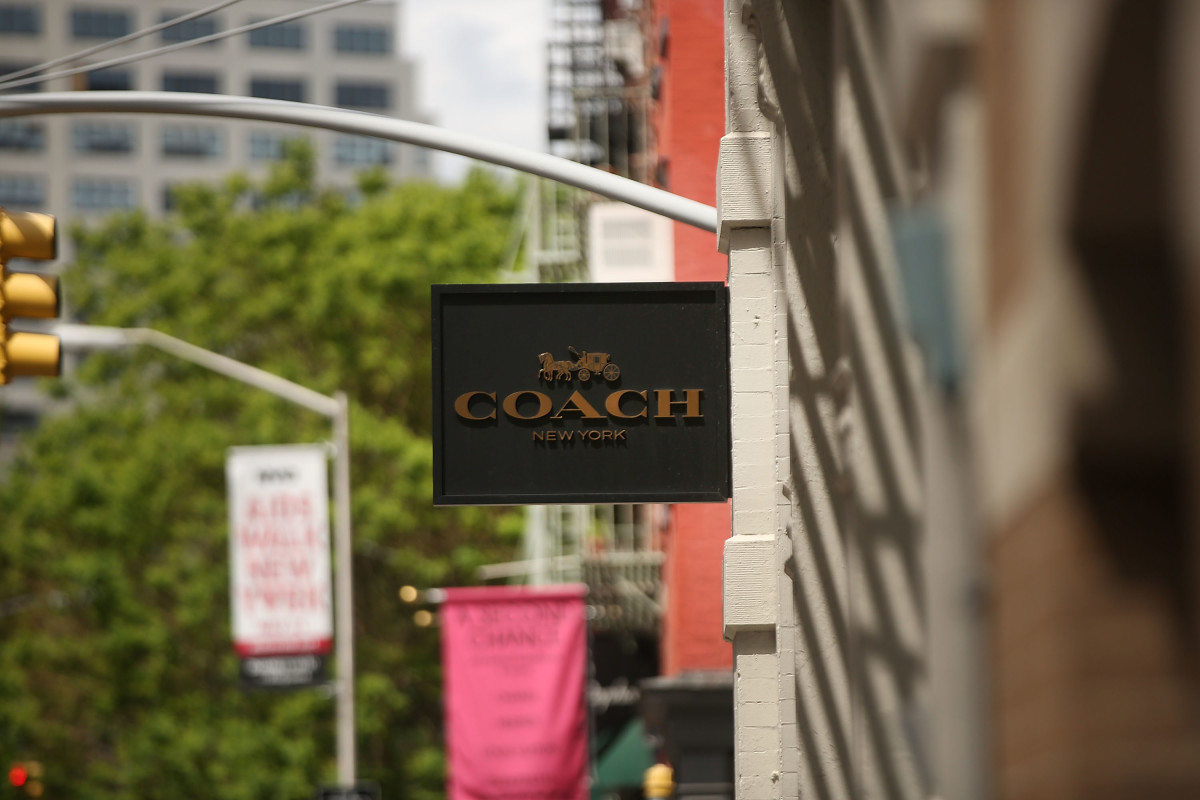 Over the weekend, you might’ve come across an unboxing TikTok by Anna Sacks, a.k.a. @thetrashwalker, showing off a series of Coach bags and shoes she bought off of Dumpster Diving Mama (who, as the name suggests, resells products that have been thrown out by stores but are still useable). When they arrived, though, she discovered they had been slashed and cut up, to the point of being unwearable.

This, Sacks explained, was a Coach store policy — despite seemingly being in direct contradiction of recent sustainability policies and campaigns it had put out, namely Coach (Re)Loved, which allows customers to either trade in used Coach bags for store credit or bring them in for repair. (She told followers she was going to try to get her new products fixed through it.)

It probably didn’t come as a surprise to those who had been following Sacks for a while, as she has built a following with her posts about these types of corporate practices, dumpster diving and advocating for corporations to adopt more circular policies. (Plus, she first posted a video about Coach destroying unsold product back in December 2020.) Still, this particular video reached new levels of virality — and it caught the attention of Diet Prada, who posted her story.

Not long after, Coach took to its Instagram feed to announce that it would discontinue this practice, effective immediately.

In a statement provided to Fashionista on Tuesday, Coach reiterated that it was “committed to leading with purpose and embracing our responsibility as a global fashion brand to effect real and lasting change for our industry” and said: “We have now ceased destroying in-store returns of damaged, defective, worn and otherwise unsalable goods and are dedicated to maximizing such products reuse in our Coach (Re)Loved and other circularity programs. The damaged product that was being destroyed in stores represents less than 1% of global sales.”

According to a spokesperson for the company, “the vast majority of our excess inventory is donated and, in FY21, we donated product valued at over $55 million to support low-income families, individuals in need, those re-entering the workforce and education programs.” Also, in August, Coach introduced the (Re)Loved initiative; internally, it was used at “over 40% of U.S. retail stores” to divert “damaged or defective or products to our Repair Workshop, to be repurposed or recycled into Coach (Re)Loved products,” the spokesperson wrote via e-mail, but the company had so far been unable to expand it more widely due to lack of trained staff. (Coach is currently working on starting a craftsperson apprenticeship program to address this.)

The viral posts, however, are pushing the brand to speed things up.

“While we had been planning to thoughtfully expand this program to all stores over this year as our capacity in our Repair Workshop increased, the posts over this past week have accelerated our drive and we have now stopped destroying even the small amount of product in all stores (globally),” the spokesperson said.

Of course, this issue of destroying unsold product isn’t unique to Coach. Sacks has brought attention to this happening across the retail industry, and has a hashtag on TikTok, #retailmademe, dedicated to collecting stories from people about being directed to do this to “usable items that could otherwise be donated” by their corporate employers. In the fashion realm, brands have been criticized for destroying (or in the case of Burberry, literally burning) unsold product for years.

Sacks is currently working on launch a coalition called Donate Don’t Dump, to enact legislation to address this, because, as she told the Guardian in August: “If you don’t make it a law they’re not going to do it. My overall goal is for it to be bipartisan and common sense.”