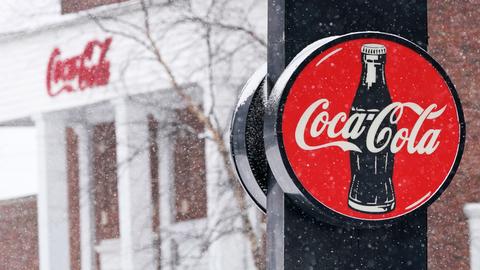 Coca-Cola bought a minority stake in BodyArmor in 2018, becoming the brand’s second-largest shareholder.

Coca-Cola has been preparing to take full control of the sports
drink group BodyArmor in a deal worth $5.6 billion, the Wall Street Journal reported.

The buyout, which would value BodyArmor at about $8 billion, would see the soda giant buy the remaining 70 percent from BodyArmor’s founders and investors, as well as a group of professional athletes who have invested in the company.

BodyArmor was backed at its founding in 2011 by basketball star Kobe Bryant, who died in a helicopter crash in early 2020 and had invested $6 million in the company.

The Journal reported that Bryant’s estate should collect about $400 million from the deal, citing people close to the case.

Coca-Cola said it does not comment on rumours or speculation, while BodyArmor did not immediately respond to a request for comment.

BodyArmor is a competitor to industry giant Gatorade, which is owned by PepsiCo, Coca-Cola’s main business rival.

BodyArmor expects sales to reach $1.4 billion this year, compared to $250 billion in 2018 when Coca-Cola first invested in the company.

Coca-Cola has been streamlining its products in recent months to focus on its fast-moving beverages as consumers pick up more of its traditional sodas and flavoured sparkling waters as they come out of the pandemic.

The beverage giant discontinued its own Coca-Cola Energy drink in North America in May, but retained its majority stake in Monster Beverage Corp, one of the top energy drink makers in the United States.