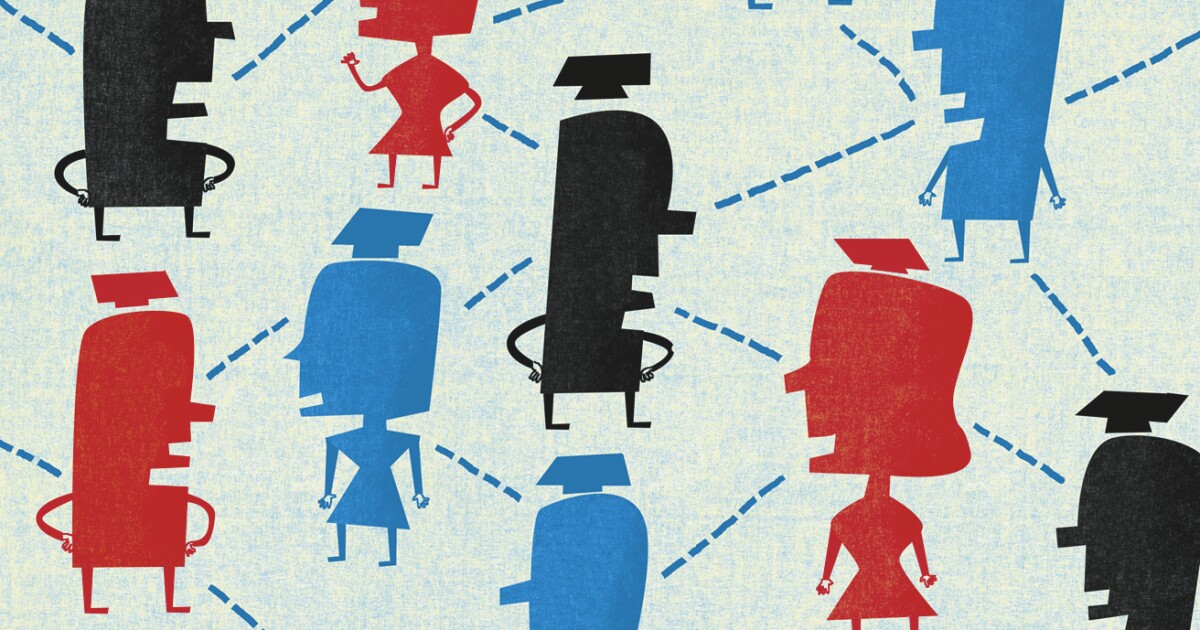 Dozens of baccalaureate institutions see themselves as being a lot like Carleton College.

According to a Chronicle analysis of the comparison groups that nearly 1,500 colleges submitted to the U.S. Department of Education last year, Carleton College was the most-commonly selected peer institution. It was chosen by 55 colleges.

However, as was typical among popular picks in the Chronicle’s analysis, Carleton didn’t reciprocate. Carleton selected 25 colleges as its peers; 20 of them also chose Carleton, making them mutual peers.

There’s no shortage of ways to compare colleges, and they often rely on the assumptions of the beholder. What makes the dataset in The Chronicle’s analysis noteworthy is that it’s the institutions selecting these comparison colleges for themselves. In return for their submission, colleges receive “data feedback reports” produced by the National Center for Education Statistics.

The reports let colleges see how they stack up to other institutions on measures like enrollment, admission and graduation rates, and average staff salaries. The choices colleges make about who to link themselves to also says something about what they value, how they perceive their status in the higher-education ecosystem, and, for some, what their aspirations are.

Christine M. Keller, the executive director and CEO of the Association for Institutional Research, said choosing peer groups can be a tricky task.

“It’s a bit of an art and a science,” Keller said. “In some cases you look at: Are they doing something really well that you want to get better at? I think it’s important to ground your choices in data and look at the goals and the purpose of what you’re trying to accomplish.”

The average comparison group in the Education Department data was about 18 colleges. But many institutions selected many more than that. For example, the University of Tampa chose 100 colleges, the maximum allowable, in 33 states — including Loyola Marymount University, in California; Rollins College; Appalachian State University; and the University of Wisconsin at LaCrosse.

On the other end of the spectrum, the private, for-profit Grand Canyon University chose just a single peer for comparison — one of seven colleges to do so. But 12 institutions, mostly for-profits, chose Grand Canyon as part of their comparison group. And several colleges didn’t submit lists of peers at all. In such cases, the center generates a cohort that is based on control type, Carnegie classification, and enrollment size.

Forty-six colleges outside the Ivy League chose at least one member of that elite group as a peer. Large public research universities — such as the University of Delaware, the University of Virginia, and the Georgia Institute of Technology — and several wealthy private research institutions, as well as selective private liberal-arts colleges, were among them. Bowdoin College, for example, selected all eight Ivy League institutions as part of its 98-member comparison group.

And in some comparison groups, Ivy League colleges made an unexpected appearance. Both Molloy and Manhattan Colleges chose Columbia — in close geographical proximity to both — as one of their peers.

It was not uncommon for colleges to select at least some comparison colleges that are larger, are more selective, or have more resources, the analysis showed. In such cases, the choice of a peer can be purposely aspirational.

For instance, if a public research institution compares its faculty pay to peers whose faculty pay is significantly higher, Keller said, then it has data it needs to make the case for closing the gap.

“You can take that info and say, We’re looking at top tier universities, and this is one of the things that’s holding you back,” Keller said.

Roughly half of historically Black colleges and universities had comparison groups that were all — or nearly all — other HBCUs.

And some HBCUs selected only a few HBCUs as peers. For instance, Virginia State University’s comparison group of 25 institutions included two HBCUs — South Carolina State and Delaware State Universities — among a broad mix of public and private colleges

While Carleton was the most-sought-after peer, other baccalaureate colleges weren’t far behind in popularity.

Kenyon College was selected by 49 institutions as part of a comparison group, while Oberlin and Allegheny Colleges — tying for third — were selected by 48.