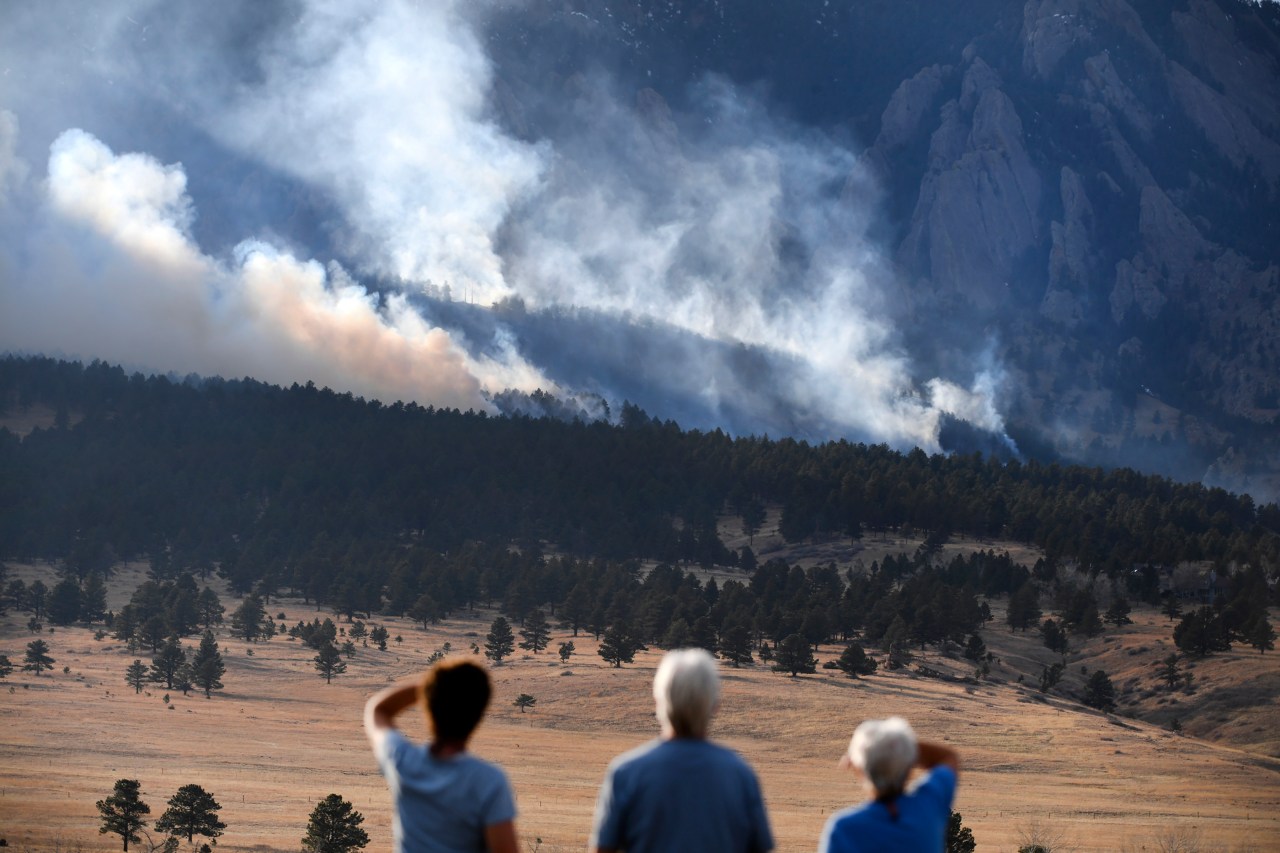 BOULDER, Colo. (AP) — Authorities issued an evacuation order for 19,400 people Saturday near a fast-moving Colorado wildfire in rolling hills south of the college town of Boulder, not far from the site of a destructive 2021 blaze that leveled more than 1,000 homes.

The wildfire was fueled by wind earlier in the day and had grown to 122 acres (49 hectares) with no containment, Boulder Fire-Rescue spokesperson Marya Washburn said. The Boulder Office of Emergency Management said an overnight shelter was opened after evacuation orders covered 8,000 homes and 7,000 structures. No structures had been damaged.

Winds and temperatures have died down, Washburn said. Officials expect to be dealing with the fire for several days due to heavy fuels, said Boulder Fire-Rescue Wildland Division Chief Brian Oliver.

The fire is in an area where a blaze destroyed 1,000 homes last year in unincorporated Boulder County and suburban Superior and Louisville. Superior town officials told residents in an email that there were no immediate concerns for the community.

The 2021 blaze burned Alicia Miller’s home, where she could see smoke from Saturday’s fire rising in the background. She posted a photo on Twitter and referenced climate change, which has made the U.S. West warmer and drier in the past 30 years and will continue to make weather more extreme and wildfires more destructive, according to scientists.

Miller said her neighbors helped her escape along with her husband, Craig, their three adult sons and two dogs, Ginger and Chloe. She said the hardest losses from the blaze were things they didn’t look at much, like baby shoes, family pictures and letters from her grandmother.

“I feel exhausted by all of this, and I just feel like enough as far as these fires and disasters,” she said. She pointed to a recent Texas wildfire that left a deputy dead and homes destroyed. “ … So I’m standing there and it’s just kind of a repeat.”

Saturday’s fire started around 2 p.m. and burned protected wildland near the National Center for Atmospheric Research, Boulder police said. Authorities have called it the NCAR fire and its cause is not yet known, said Washburn.