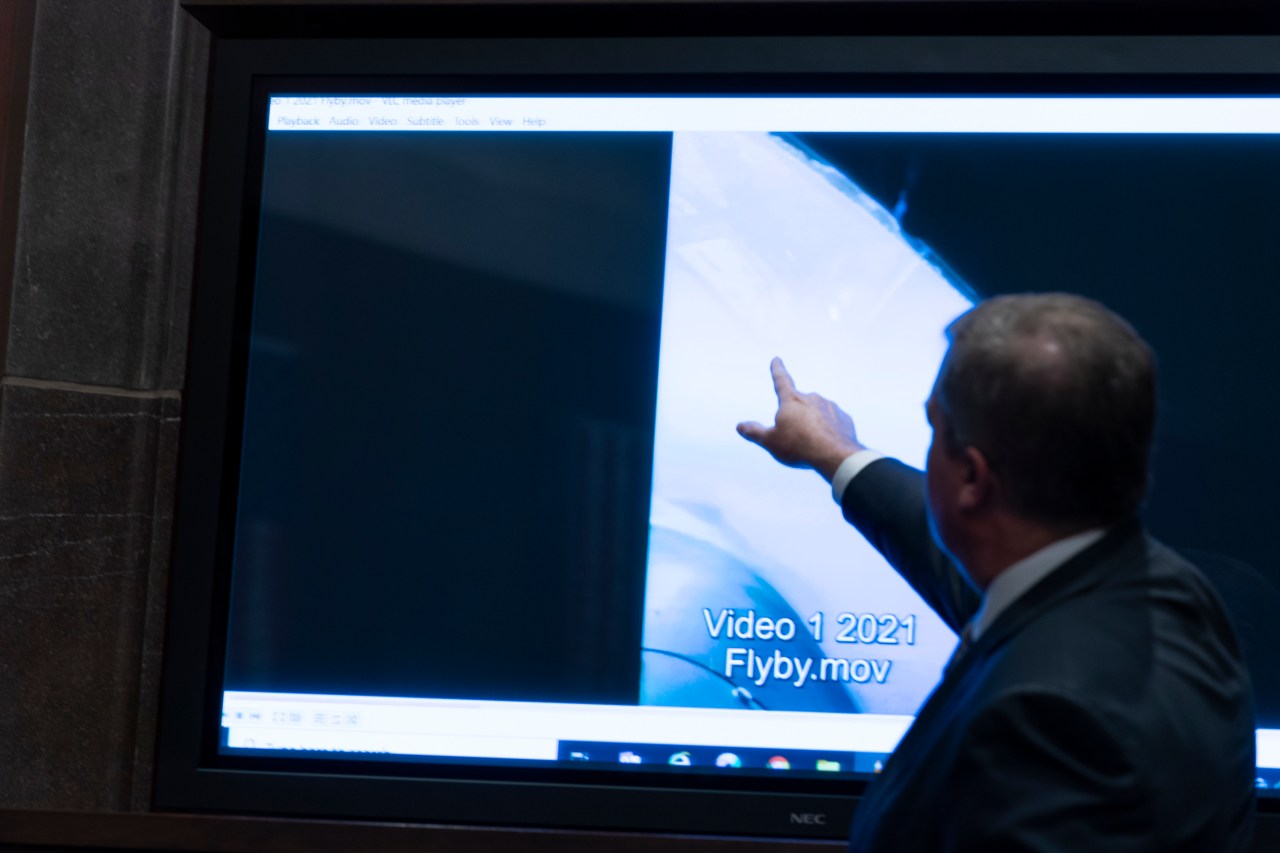 (NewsNation) — Is there an alien force on a mission to explore strange new worlds — like ours? UFO enthusiasts hoped some of the truth they believe is out there could be revealed Tuesday, but there is still no government confirmation on extraterrestrial life.

Congress held a hearing on threats posed by unidentified flying objects and unexplained aerial phenomena Tuesday, marking its first hearing on UFOs in more than 50 years.

Pentagon officials did not disclose additional information from their investigation, but they said they had picked a director for a new task force to coordinate data collection efforts on what the government has officially labeled “unidentified aerial phenomena.”

Bray, deputy director of naval intelligence, acknowledged that there have been some sightings that U.S. officials “can’t explain.” Some of those involved instances in which there was too little data to create a reasonable explanation, Bray said.

But Bray added: “There are a small handful of cases in which we have more data that our analysis simply hasn’t been able to fully pull together a picture of what happened.” These, Bray said, have involved unexpected “flight characteristics” or “signature management.”

Moultrie, the undersecretary of defense for intelligence, said the Pentagon was also trying to destigmatize the issue and encourage pilots and other military personnel to report anything unusual they see.

Lawmakers from both parties say UFOs are a national security concern. Sightings of what appear to be aircraft flying without discernible means of propulsion have been reported near military bases and coastlines, raising the prospect that witnesses have spotted undiscovered or secret Chinese or Russian technology.

But the sightings are usually fleeting. Some appear for no more than an instant on camera — and then sometimes end up distorted by the camera lens. The U.S. government is believed to hold additional technical information on the sightings that it has not disclosed publicly.

An interim report released by intelligence officials last year counted 144 sightings of aircraft or other devices apparently flying at mysterious speeds or trajectories. In all but one of the sightings investigated, there was too little information for investigators to even broadly characterize the nature of the incident.

A top Pentagon official on Tuesday briefly demonstrated the challenge. Scott Bray, deputy director of naval intelligence, stood next to a television to show a short video taken from an F-18 military plane. The video shows a blue sky with passing clouds. In a single frame — which it took several minutes for staff in the room to queue up — there is an image of one balloon-like shape.

“As you can see, finding UAP is harder than you may think,” Bray said, using the acronym for “unidentified aerial phenomena.”

Rep. André Carson, an Indiana Democrat who chaired the hearing, called on investigators to show they “are willing to follow the facts where they lead.”

Rep. Rick Crawford, an Arkansas Republican, noted that the investigations were not “about finding alien spacecraft but about delivering dominant intelligence.”

“The inability to understand objects in our sensitive operating areas is tantamount to intelligence failure that we certainly want to avoid,” he said.

Now, given the report both fell short of identifying exactly what the unidentified occurrences were and contained redacted information, the hearing will be especially appealing to lawmakers with vested interests, including Rep. Tim Burchett (R-Tenn.), who believes the Pentagon knows more than what it’s saying.

“There’s an arrogance in government at that level that we cannot handle what’s going on out there,” Burchett said as a guest of NewsNation’s “On Balance with Leland Vittert.” “It’s a bogus cover-up. It doesn’t fit and it’s about power and control,” he continued.

The hearing is happening at least in part because some of the objects caught on camera move and behave in ways technology experts can’t explain. Can the UFOs be explained as next-generation military technology from China or another power? And if so, how would the U.S. government react?

“We already know they’ve come back now in the latest reports and said these do represent a national security threat. They’re beyond our next generation capacity, we should take a look at this,” said Ben Hanson, host of “UFO Witness” on Discovery +, during a Monday appearance on NewsNation’s “Banfield.”

Though the U.S. has been more transparent in recent years with UFOs, lifelong experts including Nick Pope are convinced they’re holding back a world-changing secret.

“Some people say a body like the United Nations should step in; I’m not sure about that,” Pope said on “Banfield.” “One thing is for sure: Here in the U.S., the government knows far more about this than it is making public.”

The witness list Tuesday will include the U.S. undersecretary of defense for intelligence and security as well as the deputy director of naval intelligence. There will also be a classified meeting after the public one, which only fuels the mystery surrounding these sightings.

The Associated Press and Reuters contributed to this report.