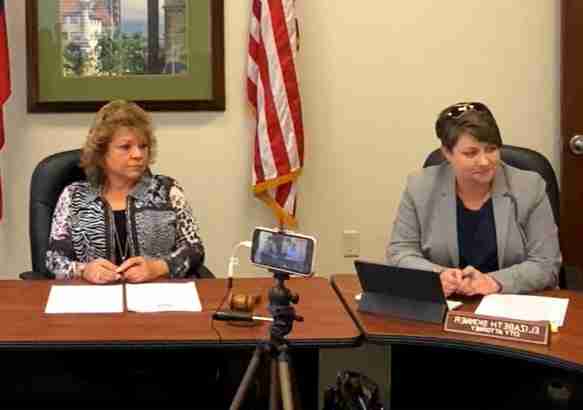 The Stuttgart City Council met in a regular session on Tuesday night at city hall.

Following the approval of minutes and the paying of bills, the council voted to adopt Ordinance 1996, which approves the final plat of the Hass Addition subdivision for Grand Prairie Truck Wash, LLC.  The presented ordinance included a declaration of emergency by the city, allowing it to receive its second and third readings during last night’s meeting before being given council approval.

Some council members questioned the emergency declaration and City Attorney Elizabeth Skinner explained that the language only expedites the process of accepting the plat so that construction can begin immediately rather than requiring the normal 30, 60, or 90 days to pass before the plat can be accepted by the council.

After receiving the clarification, the council voted unanimously to approve Ordinance 1996 with an emergency declaration.

Caleb Mudford from AL Franks Engineering in Texarkana, the project manager for the city’s drainage and road improvements, spoke to the council. Mudford reminded the council that the Main Street corridor is the priority of the project based on the problems that have been identified, the number of businesses, and the traffic load of the street. He specifically mentioned the localized flooding that occurs around 19th Street.

He said the survey has been completed and that some borings will be performed to see what kind of paving currently exists. According to Mudford, the goal is to not completely replace the street but it is a possibility.

Mudford told the council that most of Main Street’s runoff is directed to an approximately 450-yard long ditch that runs from 20th Street to across an abandoned railroad track.  He said the ditch is extremely flat and overgrown with only about a two-inch fall. His proposal is that the ditch is separated from Main Street as its own project because plans can be developed for it quickly and work on it started while Main Street is still being analyzed.

“The thought behind that is ultimately all of the water is going to be going there anyway,” said Mudford. “It’s downstream so it makes more sense to chase upstream.”

Mudford told the council that he spoke to a nearby business owner who told him it takes nearly a full day for the ditch to drain. He said the ditch should be made as big as possible to provide more water storage and that there is plenty of right-of-way to accomplish this.

According to Mudford, the first phase of the project could start this year unless material and labor problems arise.

The council discussed the proposed Ordinance 1997 which authorizes the addition of a social media policy to the city’s personnel policy and to the policies and procedures manual of the Stuttgart Police Department. The ordinance also contained an emergency declaration.

The 14-page social media policy relates primarily to accounts owned by the city but there is a small section that applies to individual accounts.

Council members went through the policy page by page, discussing items and requesting changes.  The first change requested was the addition of the Stuttgart Fire Department to the ordinance title to eliminate any confusion between the fire department’s own policies which are superseded by the city’s policies.

Alderman Darrin Haller questioned whether council members were subject to the policy, indicating that he would be in favor of including elected officials in the city’s social media standards.  Alderman Kyle Noble and others expressed their agreeance.

Skinner explained that aldermen would be subject to the same rules as any user who comments on a city social media post.  Haller returned to the subject toward the end of the meeting, saying he would not feel comfortable voting on a policy by which he would not be required to abide.

Aldermen also debated the suggested policy for the personal use of social media by city employees, specifically the section that states, “City employees are cautioned that their speech either on or off duty, and in the course of their official duties that has a nexus to the employee’s professional duties and responsibilities may not necessarily be protected speech under the First Amendment to the U.S. Constitution or under the Constitution of Arkansas. Such speech may form the basis for discipline if the speech is deemed detrimental to the city’s operations.”

The aldermen asked for assurance of legal precedence for the policy, which Skinner said exists.

After much discussion over various points, primarily privacy issues, the council ultimately voted to table Ordinance 1997 until the requested changes have been made and the aldermen have had more time to review the policy.

The next regularly scheduled Stuttgart City Council meeting will be held Tuesday, June 7 at 5:30 p.m. at city hall.