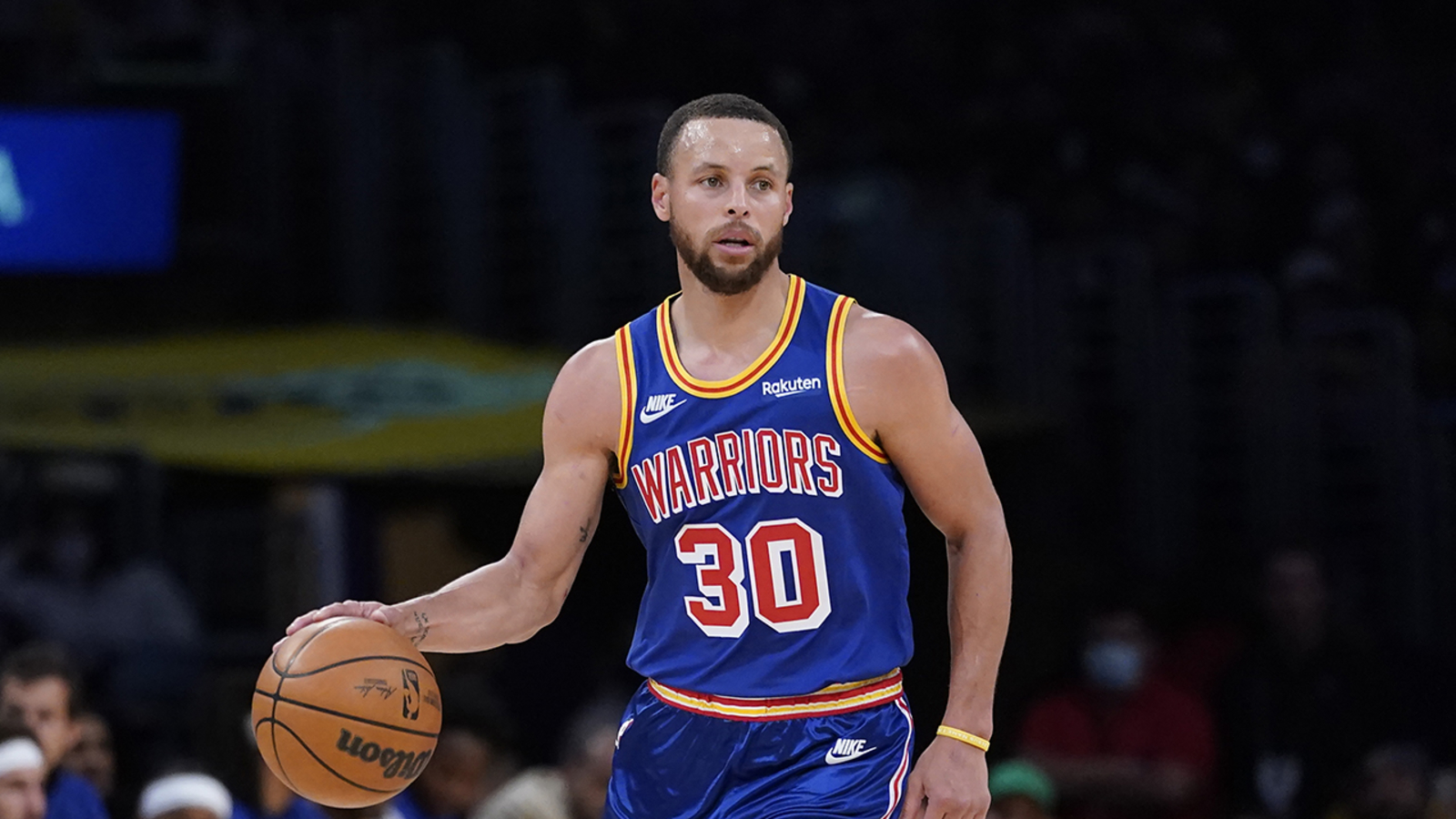 DENVER — Stephen Curry and Jordan Poole scored 27 points each, Klay Thompson made six 3-pointers on his way to 26 points and the Golden State Warriors muscled past the Denver Nuggets 118-113 on Thursday night to take a 3-0 lead in the playoff series.

Draymond Green added a key steal from Nikola Jokic, who finished with 37 points and 18 rebounds, in the final minute and the Warriors closed on a 9-2 run to put the Nuggets on the cusp of elimination.

Golden State can wrap up the series Sunday in Denver. Teams facing a 3-0 deficit in an NBA playoff series are 0-143.

The Nuggets were in control for much of the second half but after Jokic’s finger roll layup put Denver ahead 111-109 with 3:20 left, the Warriors tightened up on defense.

The Nuggets went six straight possessions without scoring and Golden State had the game in hand by the time Will Barton’s tip-in with 23 seconds left pulled Denver to 117-113.

Aaron Gordon added 18 points for the Nuggets, who took an 89-87 lead into the fourth quarter but lost for the seventh straight time in the postseason.

Nuggets coach Michael Malone complained before the game that his team hadn’t been aggressive, physical or vocal in the series, so he inserted Facundo Campazzo into his rotation after losing the first two games by an average of 18 points.

“When you’re a little bit undermanned like we are, we have to be ultra physical, ultra aggressive and take the fight to them,” Malone said.

Campazzo wasn’t the answer, but the Nuggets came out of halftime with renewed energy and used a 30-18 third quarter to take an two-point lead into the fourth quarter.

The Nuggets missed their last four shots of the first half and Curry had a 3-pointer and a three-point play to push Golden State’s lead to 69-59 at the break.

Without max players Jamal Murray (ACL) and Michael Porter Jr. (back), the Nuggets knew they had to slow the pace because they cannot keep up with the healthy Warriors.

“We’re in a Pinto, and they’re in a Maserati,” Malone quipped.

“I’m somewhere in between,” he said.

There’s no denying his team is turbo-charged, however, after missing the playoffs the last two seasons.

“I think in some ways, we are reinvigorated after the last couple of years,” Kerr said. “We had a long run that started before I got here. Seven straight years in the playoffs and five trips to the Finals and there was a lot of fatigue at that point, emotional, physical fatigue. It was very easy to tell and to feel that so, last couple of years we haven’t been in the playoffs.

“The sense that I get from … the guys who have been here a long time, it’s they are happy as hell to be back. So they’re playing with a lot of a lot of energy, a lot of excitement.”

Green rolled his left ankle midway through the third quarter but stayed in the game. Jordan Poole went to the bench a short time later, grabbing his left elbow. Trainers put a heating pad on his left elbow and forearm but he returned to action.

The Nuggets don’t exactly have a homecourt advantage after winning more games on the road (25) than at Ball Arena (23) this season.

“I imagine this place is going to be half full of Warriors fans,” Malone said Wednesday before president of basketball operations Tim Connelly went on the airwaves to implore Nuggets fans not to sell their tickets to Warriors fans.

Yet, a protracted broadcasting dispute has kept Nuggets games off local cable TV for three years, and that’s presumably led to a decline in die-hard Denver fans.

Warriors: Curry has at least one 3-pointer in an NBA-best 115 consecutive playoff games. … The Warriors shot 68% from the floor in the first half and six different players combined for a dozen 3-pointers. … Thompson (388) now in sole possession of third on NBA Playoffs all-time 3-pointers list, passing Ray Allen (385).

Nuggets: Denver has been outscored in the second quarter of the series by a combined 99-72. They’ve allowed Golden State to go on second-quarter runs of 16-0 in Game 1, 15-2 in Game 2 and 15-4 in Game 3. … The first sign of the Nuggets’ more aggressive play came in the first quarter when Jokic hip-checked Curry to the floor but didn’t draw a whistle just before Austin Rivers’ 3-pointer from the corner.