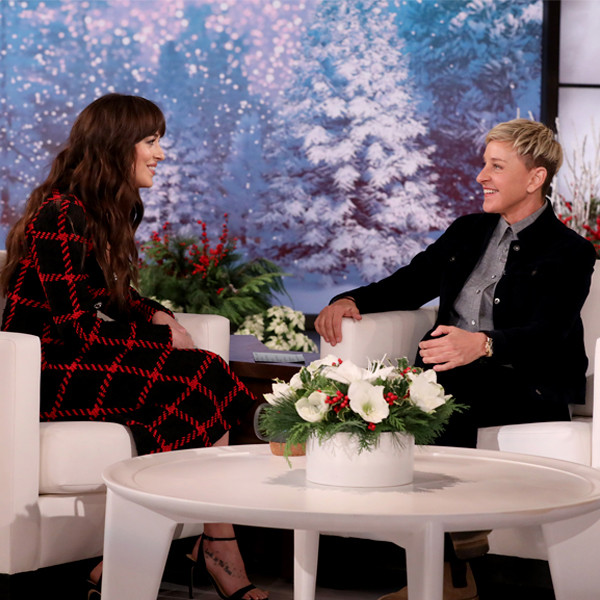 On The Drew Barrymore Show on Thursday, Oct. 7, Dakota Johnson talked to host Drew Barrymore briefly about her “great” neighbors, Jimmy Kimmel and wife Molly McNearney, noting that they “have a lot of parties and they don’t invite me.”

“People have gotten in trouble for claiming not being invited to your parties,” Barrymore said, referencing a viral awkward interview the Fifty Shades actress had on The Ellen DeGeneres Show almost two years ago.

“That was amazing, by the way,” Barrymore continued, as Johnson laughed. “Like, amazing.”