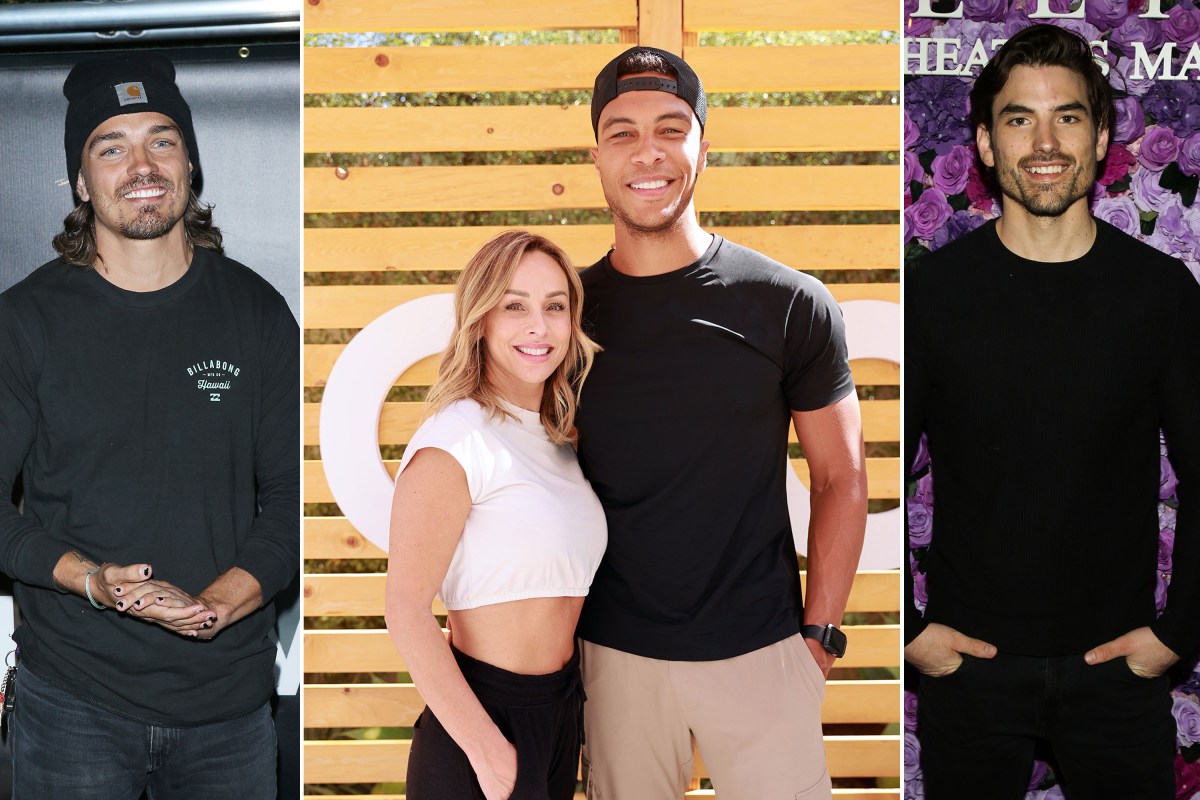 Dean Unglert and Jared Haibon believe Moss, 33, got back together with former “Bachelorette” Clare Crawley to repair his damaged reputation.

“100 percent, it was a PR move from Dale to be able to find a career [in] hosting or whatever it is, that’s my assessment,” Unglert, 30, recently told Haibon, 32, on their “Help! I Suck at Dating” podcast.

Unglert — who found love with partner Caelynn Miller-Keyes on “Bachelor in Paradise” Season 6 — also observed that Moss didn’t seem to be “fully invested” in his relationship with Crawley, 40.

Moss, a former NFL player who now works as a model and aspiring host in New York City, proposed to Crawley on “The Bachelorette” Season 16 in 2020 after mere weeks of knowing each other. The two briefly reconciled after splitting in January, but a source told Page Six late last month that they were over “for good this time.”

“Once they broke up [the first time], Dale started to see the backlash that he was receiving — and Dale, he’s not an idiot — you know he [got] very bad press, like, very bad PR,” Unglert continued.

“He starts to see all this backlash he’s receiving and so what’s his response? He wants to then get back together with Clare because he knows that with Clare, he can achieve his professional goals a lot easier,” he elaborated.

Haibon — who is expecting his first child with fellow “BiP” alum and now-wife Ashley Iaconetti — agreed, surmising that the level of Crawley’s attraction to Moss wasn’t reciprocated.

“I bet that if Clare had an entire season, Dale might have removed himself because he wasn’t as invested in the relationship with Clare as Clare was with him,” Haibon said of Crawley’s truncated stint leading the ABC franchise, which was later shouldered by Tayshia Adams.

Crawley and Moss have yet to publicly respond to Unglert and Haibon’s comments.

The podcast episode was released shortly after Moss revealed in a statement via his rep that Crawley blocked his number following their second split in September. Moss also acknowledged speculation that he had been involved with “Bachelor” Season 25 star Abigail Heringer during his on-and-off relationship with Crawley.

“Dale has chosen not to speak publicly regarding all these reports because he wants to give Clare and her family the respect they need during this difficult time,” the statement read in part, referencing the declining health of Crawley’s mother, Lilia, who suffers from dementia and Alzheimer’s.

This weekend, Crawley — who lives in Sacramento, California — explained how she was taking steps to mend her broken heart.

“It takes a lot to bring me to my knees. But damn this week has pushed me to that point,” she wrote on her Instagram Story.

“I’ll be dammed if I let it all take me out,” Crawley added. “So amidst all this, I’m taking steps even if the [sic] are small.”