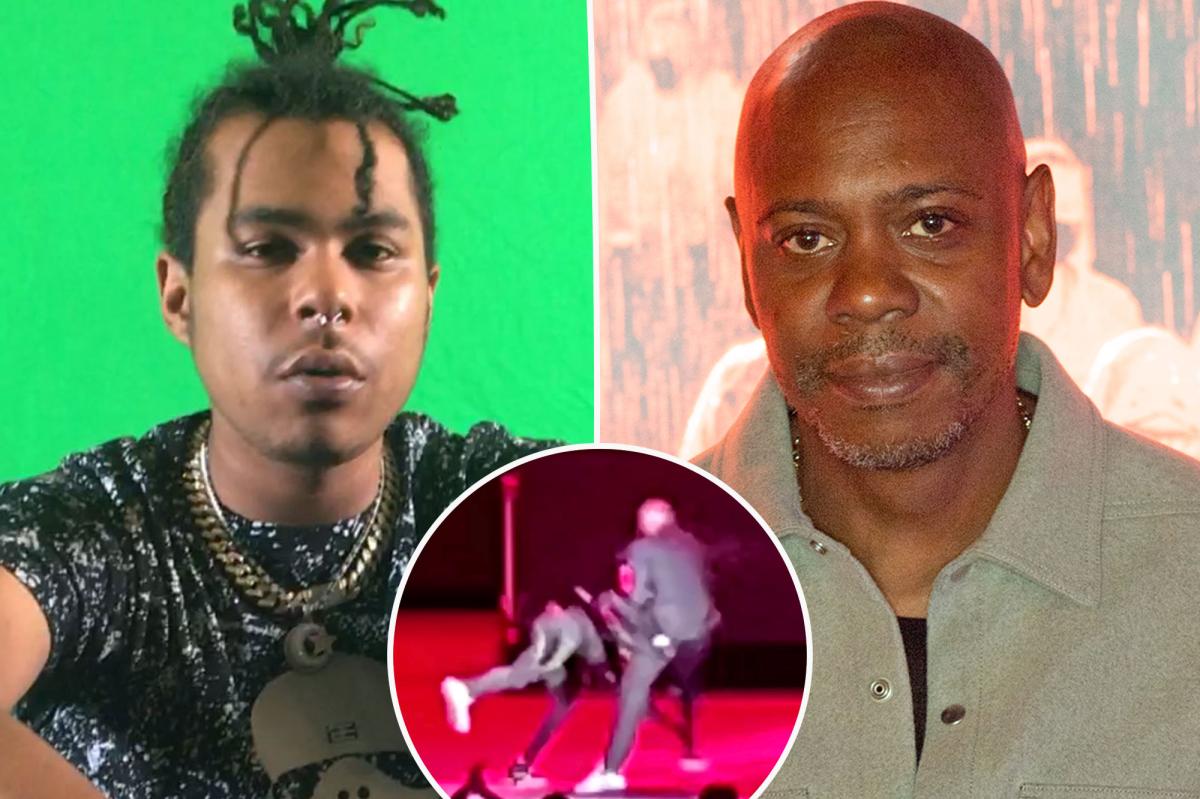 “What should have been an evening of laughter at The Hollywood Bowl this past Tuesday night was suddenly interrupted when suspect Isaiah Lee allegedly charged onto the stage attacking comedian Dave Chappelle,” Feuer explained.

“The suspect was allegedly carrying a weapon,” he added. “This alleged attack has got to have consequences.”

Lee, 23, is facing the following charges: battery, possession of a weapon with intent to assault, unauthorized access to the stage area during a performance and commission of an act that delays the event or interferes with the performer.

Feuer ended his message by saying that his office “takes protecting public safety extremely seriously” and promised to “vigorously prosecute” the case.

As Page Six previously reported, Lee stormed the stage and tackled Chappelle at the Hollywood Bowl on Tuesday while allegedly armed with a gun-like knife, authorities said.

The suspect’s older brother, Aaron Lee, told Rolling Stone that he is struggling to understand the motive behind his younger sibling’s violent attack.

“He doesn’t have any type of animosity toward [Chappelle] that I know about,” Aaron told the outlet.

Aaron did mention that Isaiah has many transgender friends but isn’t certain if Chappelle’s offensive jokes about the trans community had anything to do with his brother’s decision.

“Yeah, it could have definitely been a factor, but I really don’t know,” Aaron said, adding that Isaiah allegedly “has a history of mental health issues” but isn’t known to “lash out.”

“He’s not the type of person to attack you for no reason,” he continued. “But if he’s not on his medication, and if he feels everyone is against him, maybe that’s it.”

Meanwhile, Chappelle is not allowing the incident to mar his memories of performing multiple nights at the iconic Los Angeles venue for the Netflix Is a Joke Fest.

“The performances by Chappelle at the Hollywood Bowl were epic and record-breaking and he refuses to allow last night’s incident to overshadow the magic of this historic moment,” his publicist, Carla Sims, began in a lengthy statement to The Hollywood Reporter.

The rep also noted what the night represented for the stand-up comic: “Dave Chappelle celebrated four nights of comedy and music, setting record-breaking sales for a comedian at the Hollywood Bowl.”