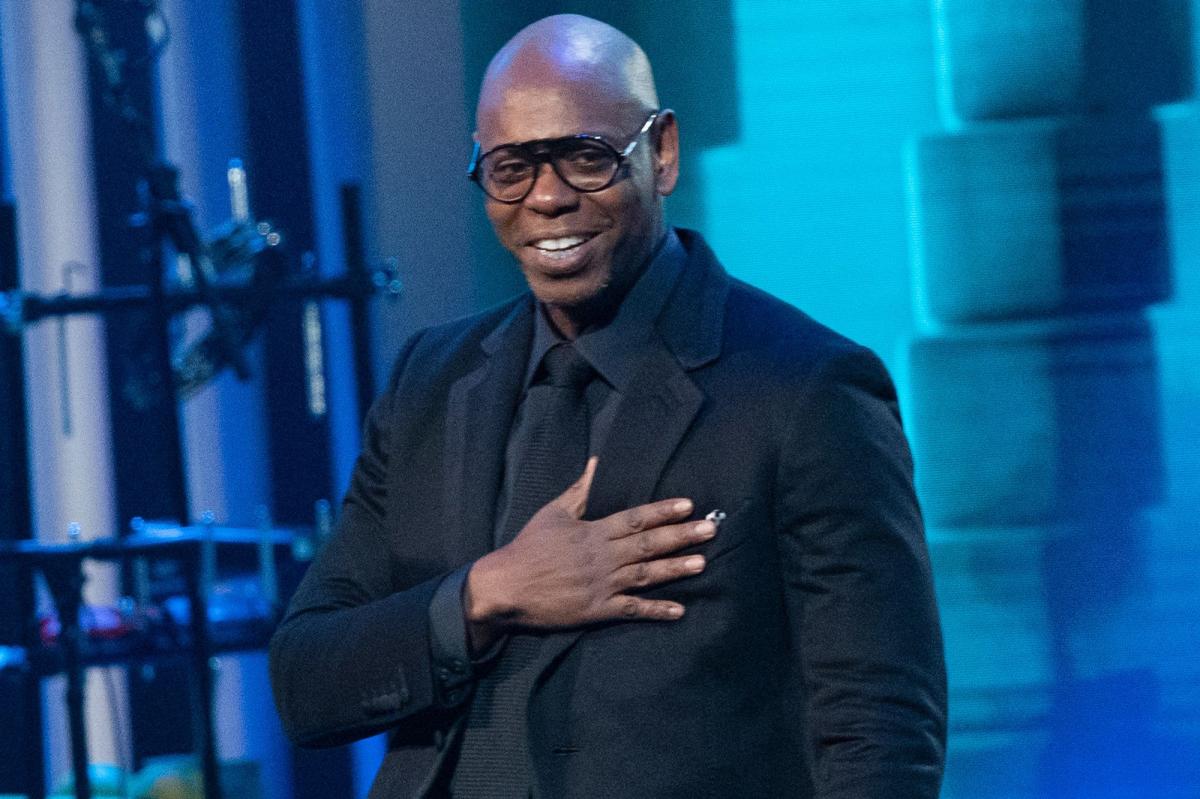 Dave Chappelle celebrated at a VIP afterparty following a violent attack on him at the Hollywood Bowl on Tuesday night, Page Six has exclusively learned.

Spies tell us that Chappelle was seen having “a great time” at the bash at the Pendry West Hollywood hotel, where rappers Black Star and Busta Rhymes performed.

“Black Star had the crowd on their feet as they performed about half a dozen of the tracks from their new album, ‘No Fear of Time,’” says a spy.

At the starry afterparty, Black Star got to perform the set of tunes that had been cut short at the concert venue after the attack.

Chappelle had introduced the rap duo by telling the crowd they were about to witness “hip-hop history.”

But the surprise appearance by Talib Kweli and Yasiin Bey (formerly known as Mos Def) was cut short after the onstage attack. Black Star wound up playing only two songs before the Hollywood Bowl’s strict local cutoff time for noise, we hear.

Black Star just put out their first album in nearly 24 years this month exclusively via Luminary, which also hosts their podcast with Chappelle, “The Midnight Miracle.”

Chappelle’s rep told The Hollywood Reporter the day after the attack that the stand-up comedian, 48, “refuses to allow last night’s incident to overshadow the magic of this historic moment.” And it seems he didn’t let it stop his afterparty either.

The Pendry in LA is known as a celeb hotspot where Ben Affleck and Jennifer Lopez went on a PDA-packed dinner date last June as their relationship heated up. Kanye West and Julia Fox, meanwhile, spent time at the Pendry’s NYC location during their brief fling earlier this year.

Chappelle’s Hollywood Bowl show was part of the Netflix Is a Joke comedy fest. On Tuesday night, an audience member — later identified as 23-year-old Isaiah Lee — rushed Chapelle on stage during his set and attacked him.

The LAPD confirmed to Page Six that the suspect was booked and charged with felony assault with a deadly weapon, and a police spokesperson said Lee was carrying a replica of a handgun that had a knife inside of it.

Rock, 57, helped calm the crowd after the incident by making light of the scary situation, joking, “Was that Will Smith?” — in reference to the “Men in Black” star slapping him at the Oscars in March.