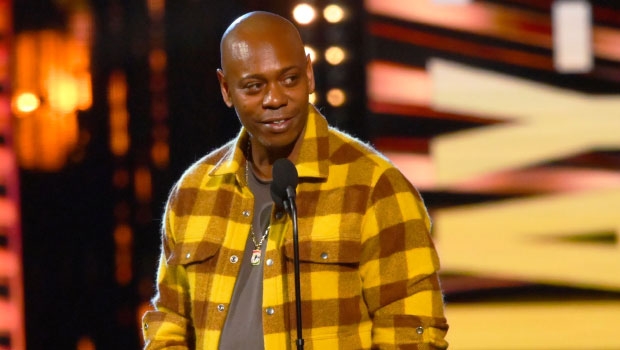 Dave Chappelle has broken his silence after a terrifying attack during his Netflix Is A Joke show at the Hollywood Bowl. The comedian, 48, issued the statement via his representative Carla Sims.“The performances by Chappelle at the Hollywood Bowl were epic and record-breaking and he refuses to allow last night’s incident to overshadow the magic of this historic moment,” she said to THR.

“Dave Chappelle celebrated four nights of comedy and music, setting record-breaking sales for a comedian at the Hollywood Bowl,” she also said. “This run ties Chappelle with Monty Python for the most headlined shows by any comedian at the Hollywood Bowl, reaching 70k fans of diverse backgrounds during the first Netflix Is A Joke: The Festival, and he refuses to allow last night’s incident to overshadow the magic of this historic moment.”

Chappelle was unexpectedly attacked while performing at the Hollywood Bowl on May 3 by a man later identified as Isaiah Lee, 23, by the Los Angeles Police Department. In grainy footage, Lee is seem slamming Chappelle to the ground as he held onto a gun — later confirmed to be a replica gun which could eject a knife blade. Although Lee attempted to run away, he was caught by security. Lee has been charged with felony assault with a deadly weapon and his bail is set at $30,000.

Dave was quickly helped by friends in the audience, including Chris Rock, who allegedly made a joke about his Oscars slap. “Was that Will Smith? he apparently said, making reference to what happened at the Academy Awards following a joke Rock made about Smith’s wife Jada Pinkett-Smith. It was also reported that Jamie Foxx emerged from the audience to assist Dave.

The Hollywood Bowl has also issued a statement. “The incident that occurred at the Hollywood Bowl on May 3, 2022 is an active investigation and we are unable to comment further at this time,” the venue said to Variety.

Dave Chappelle’s Kids: Everything To Know About Comedian’s 3 Children