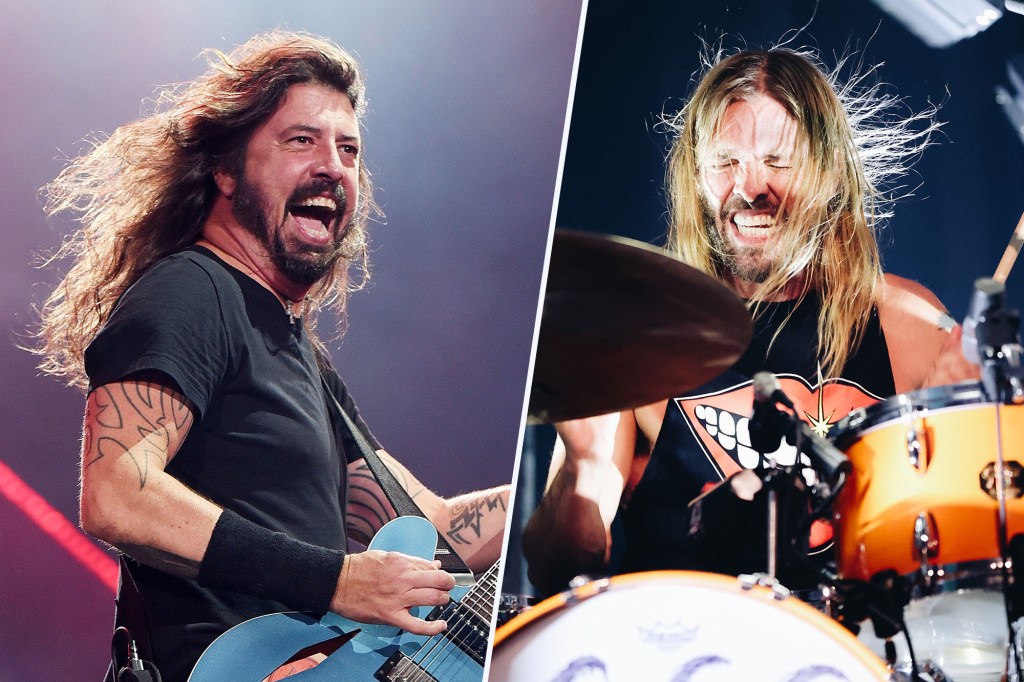 Now, after the shocking, sudden death of Foo Fighters drummer Taylor Hawkins Friday in Bogotá, Colombia — which authorities say may be tied to drugs — it marks the second time that Grohl has lost one of his beloved bandmates.

Last month, before the opening of the Foos’ horror-comedy “Studio 666,” Grohl told The Post just how much he believed in the brotherhood of being in a band. In fact, he said that’s why he never went solo in his career as a two-time Rock & Roll Hall of Famer.

Indeed, despite the pain of having already lost Cobain, Grohl had found an even deeper band bond with Hawkins and the Foos. “There’s something about walking onstage with your guys. There’s a security in that,” he said. “There’s something about being a group, that it’s not just me against the world — it’s us against the world. I don’t know what it’s like to be a solo artist, but I do know what it’s like to be in a f—king band. And I gotta say, it feels good.”

In his 2021 memoir “The Storyteller,” Grohl called Hawkins his “brother from another mother, my best friend, a man for whom I would take a bullet.”

Also in his book, Grohl recounts how there was an instant connection when Hawkins joined the Foo Fighters in 1997. “Upon first meeting, our bond was immediate, and we grew closer with every day, every song, every note that we ever played together,” he writes. “We are absolutely meant to be, and I am grateful that we found each other in this lifetime.”

The Foo Fighters — who were inducted into the Rock & Roll Hall of Fame last October — were hours away from playing the Picnic Stereo Festival in Bogotá when Hawkins died. And after rocking the concert reopening of Madison Square Garden last June, the band was ready to roar in front of crowds again, with more tour dates scheduled to come in 2022.

“Once you started to realize that we were living in a new world and might not experience those things that we took for granted before,” Grohl said, “there was this fear, like, ‘Hold on a second — I need that. Like, I need an audience to share this with. I need to feel that communal energy. I need to look at someone’s eyes as we’re singing a song together.’ Honestly, it’s that tangible actual physical experience that makes it special.”