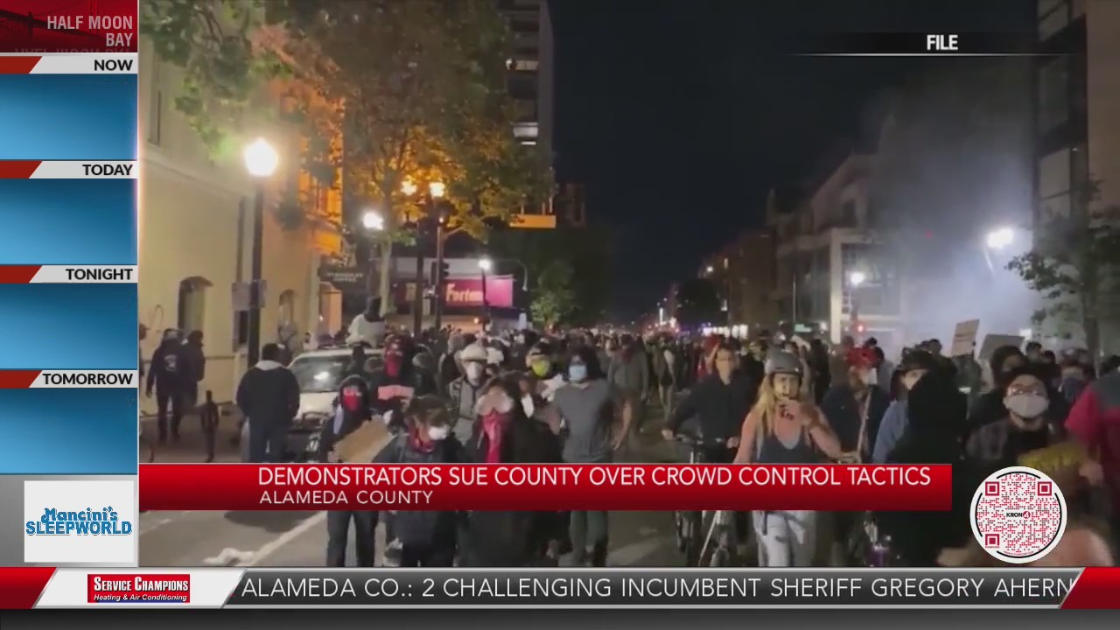 ALAMEDA COUNTY, Calif. (KRON) – Demonstrators who protested the death of George Floyd are suing the Alameda County Sheriff’s Office, alleging deputies used unlawful tactics such as the use of tear gas and flashbang grenades. The class action lawsuit is demanding the office to change their crowd control measures and uses.

It was late May of 2020 when demonstrators took to the streets of downtown Oakland, sparked by the death of George Floyd. Almost two years later, a lawsuit has been filed against the Alameda County Sheriff’s Office.

“Alameda County Sheriff’s Department shot tear gas and projectiles indiscriminately into a crowd of largely peaceful protesters on Broadway near 7th Street,” said EmilyRose Johns, an attorney for the plaintiffs.

The plaintiffs, including the Anti-Police Terror Project and several protesters, are seeking unspecified damages and reforms when it comes to law enforcement’s crowd control measures and uses.

“We are seeking to prove that Alameda County Sheriff’s Department retaliated against individuals for their protective first amendment activity by tear gassing them and using projectiles to disperse largely peaceful crowds,” Johns said.

“They used excessive force. That is unconstitutional against people who were not posing any threat to the officers and we had also alleged certain state analogs to those federal claims, including a violation of the Bane Act California Civil Rights Statute,” Johns continued.

The lawsuit was filed on April 28. The county counsel could not be reached for comment.