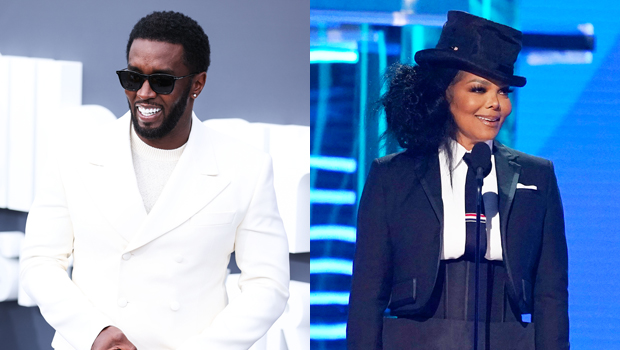 Diddy is clearly a huge Janet Jackson fan! The 52-year-old rapper and music mogul shared a video of him sweetly kissing Janet’s hand backstage at the 2022 Billboard Music Awards on Sunday, May 15. Diddy, whose real name is Sean Combs, shared the cute moment with Janet, 56, as a celebration of her long and successful career, spreading the “love.”

While it’s hard to hear everything that Diddy told Janet backstage in the video (with the flashing cameras and chatter going on in the background), he clearly let her know that he’s a longtime fan. “I’ve always loved you,” he could be heard saying at one point, as the “That’s the Way Love Goes” singer smiled at him.  Before saying goodbye, he brought her hand to his lips to show his admiration for the music superstar. In the caption, he wrote about how he was singing her praises. “Giving the Queen Janet Jackson her flowers at the BBMAs,” he wrote. Diddy also finished off the post by sharing the “Love!” and putting a heart and prayer hand emojis.

Janet made a surprise appearance at the award show to present the Icon Award to her friend Mary J. Blige. The singer supported a tuxedo look by Thom Browne as she presented the award to Mary, four years after she was given the same award in 2018. “I been on this journey for a long time and I didn’t always look the way that you see me now. With a lot of heartache and pain,” Mary said in her speech as she accepted the award.

Other than the sweet video of kissing Janet’s hand, Diddy, who hosted and executive produced the show, also posted a series of photos of himself hugging and giving Mary a kiss on the cheek backstage to celebrate her getting the award. “Congratulations to the QUEEN of Hip-Hop Soul my sister Mary J. Blige on your Icon Award At Tonight’s BBMAs,” he wrote.

Rauw Alejandro: 5 Things To Know About The Puerto Rican Singer Performing At BBMAs