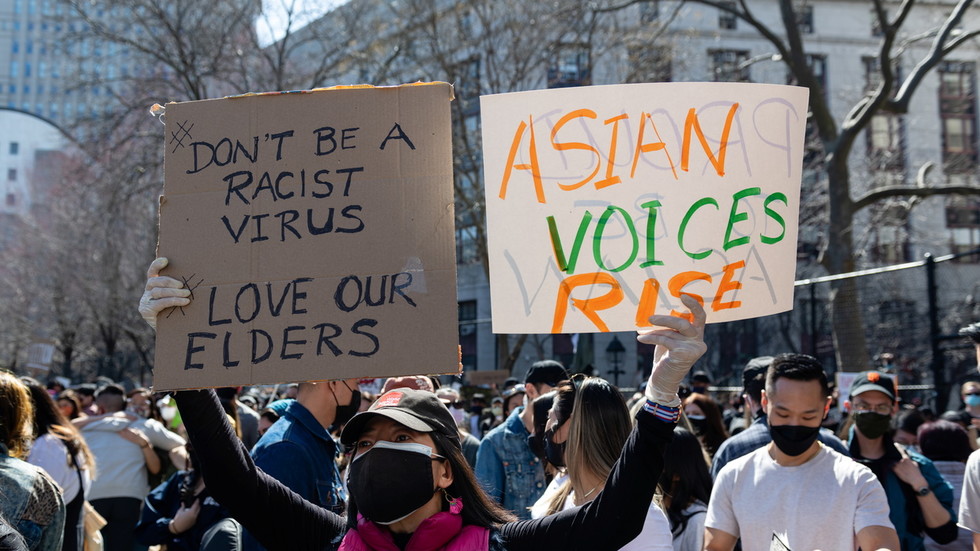 The Chinese Foreign Ministry claimed that discrimination and persecution of Chinese people is a chronic disease that has existed in US society for a long time and has been furthered by attempts to smear the Beijing government.

Speaking during a regular press briefing on Monday, Foreign Ministry spokesman Wang Wenbin urged the US to tackle racism against people of Chinese origin, having been asked by a journalist to comment on reports that Chinese scientists are struggling to gain research funding in the US due to ethnic reasons.

Wang said that Beijing has noticed these reports but claimed that the discrimination and persecution of Chinese Americans is no longer news, “but a long-standing and indelible stain in the economic and social development of the United States.” Smear attacks on China and the widespread dissemination of false information about Beijing is inseparable from the hate shown in American society, he added.

The spokesman said that the issue had become more problematic during the pandemic and that US politicians had tried to pass the blame for America’s ineffective response to Covid-19 by spreading rumors against China. “This has led to a sharp increase in the number of hate crimes against Asian groups, including Chinese,” he added.

Wang also highlighted historic incidents of discrimination against Chinese workers, notably those involved in the construction of the Union Pacific Railroad. The hard work of the Chinese in the United States did not return human rights or equality, but continuous discrimination and injustice, he noted.

The spokesman called on the US to take effective measures to resolve its own racial discrimination, and safeguard and protect the legitimate rights and interests of ethnic minorities, including those of Chinese descent.

Reports that Chinese scientists were struggling to obtain academic funding comes amid more general concern about rising hate crimes, notably against those from Asian backgrounds.