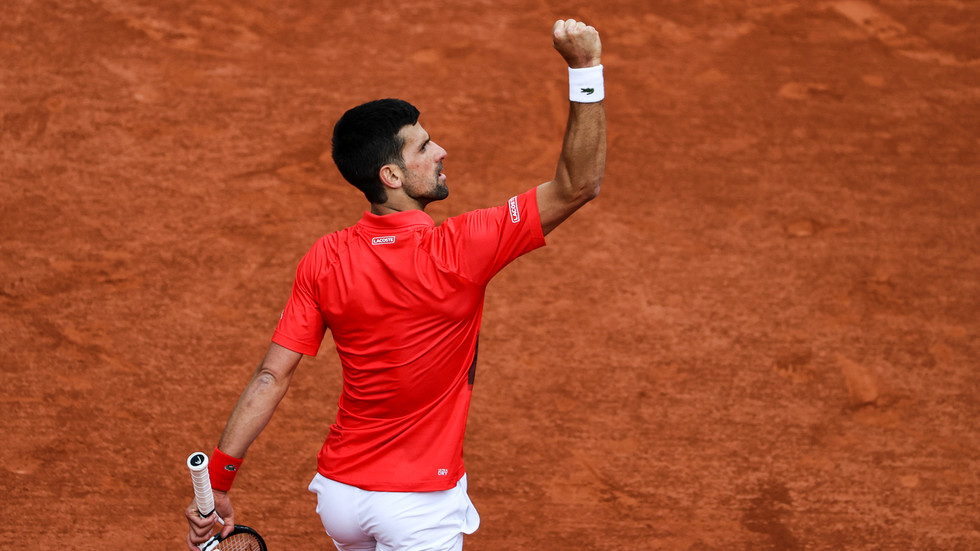 Serbian star Novak Djokovic received a mix of boos and cheers as he walked onto the court ahead of his French Open clash with Diego Schwartzman, before setting up a potential quarter-final clash with arch-rival Rafael Nadal after a conclusive straight sets win at Roland Garros.

Television pundit and former player Alex Corretja criticized the sections of supporters who jeered the world’s top-ranked player ahead of his match with Argentina’s Schwartzman.

“I don’t like that! No, man. It is Novak Djokovic. He has shown us, given us so much,” said Corretja on the Eurosport broadcast.

“So just support both, and let’s just enjoy the match! This is pretty much what we need.”

His broadcast partner Alize Lim added: “No, I don’t like that either. Come on, it’s the world No. 1, let’s just be respectful.”

Djokovic has been a controversial figure in the world of tennis this year. In January he was deported from Melbourne ahead of the Australian Open after falling foul of the country’s strict vaccine requirements in a scandal which rocked the sport, and prompted bickering at the highest level of the Australian and Serbian governments.

Novak Djokovic defeats Diego Schwartzman in just 2 hours and 15 minutes, dropping only 7 games. Novak hasn’t dropped a set all tournament and is looking as focused as I’ve ever seen him. He’s also serving better on clay than ever.4 down, 3 to go.

It’s going to take a superhuman performance to beat Novak Djokovic, who just demolished Diego Schwartzman as though he were playing a practice match against a junior.

But once the match got underway, it served as a reminder to the partially hostile crowd as to Djokovic’s prolific talents on the court.

The world number one proved to be far too much for Schwartzman, rarely appearing in danger even as the Argentine opened a 3-0 lead in the second set.

The two have history on the French Open clay courts, after Djokovic rebounded from being two sets down to beat Schwartzman at the same event in 2017.

Djokovic is now on course to face Rafael Nadal in the quarter-finals at Roland Garros if the Spaniard can get past Felix Auger Aliassime in his own fourth round match.

“I have a lot of respect for [Schwartzman],” Djokovic said afterwards.

“He’s good guy on and off the court and he’s a clay court specialist so it’s not easy especially in slow conditions today with a ball that was not bouncing high.

“I found the good serves at the right moments.”