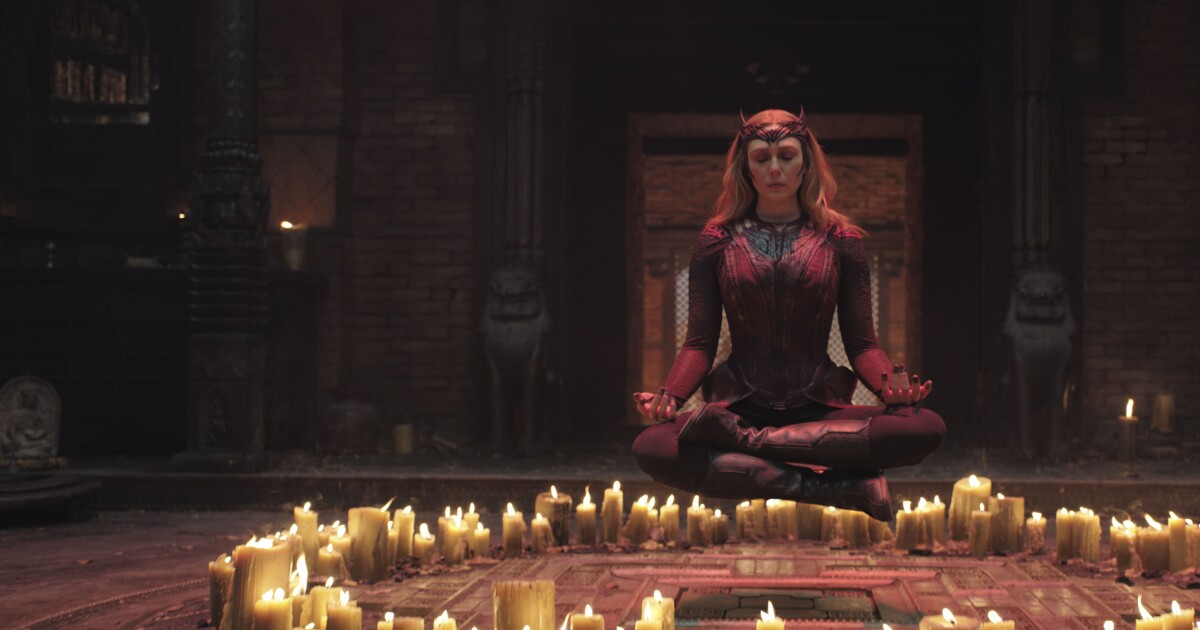 Spoiler warning: The following article discusses both major and minor plot details of “Doctor Strange in the Multiverse of Madness” and is intended to be read after you’ve seen the movie. If you’re looking for less spoiler-y “Strange” stories, check out our review and report from the world premiere on the movie’s connections to “WandaVision.”

A whole cosmos of comic-book elements are introduced — or re-introduced in pivotal ways — into the Marvel Cinematic Universe by “Doctor Strange in the Multiverse of Madness,” now playing in theaters nationwide. Here’s a handy-dandy A-Z (or A-W) guide to the most important and their comics origins.

If “WandaVision” bore a large-strokes resemblance to the epic 2005 Marvel Comics crossover event “House of M” (Wanda Maximoff/Scarlet Witch suffers a nervous breakdown triggered by personal loss — in the comics, her children; on TV, her husband — and creates an entirely new reality), “Multiverse” is very roughly analogous to the epic crossover event “Avengers Disassembled” (2004), which preceded “House of M.” In “Disassembled,” Wanda — distraught over the loss of her magical children — goes bananas and kills a whole bunch of heroes. That’s about it, comparison-wise, but that’s a pretty big “It.”

Mentioned in passing in “Multiverse of Madness” by alternate Christine Palmer (Rachel McAdams), the comics version is a government think-tank tied to the origins of the Fantastic Four. In the 2015 “Fantastic Four” movie, The Baxter Foundation is the brainchild of Sue Storm’s father, Franklin, and provides the scholarship/job to Reed Richards that sets this whole super-thing in motion. It may or may not pop up in the MCU’s “Fantastic” movie currently in development; either way, the Baxter Building serves as the Fantastic Four’s headquarters.

If ever there were a Marvel element meant for a Sam Raimi movie, it’s this compendium of evil magic committed to parchment made of flesh. It was written by a very bad person, the Elder God/later demon Chthon, and serves as a kind of conduit for his not-very-nice power to Earth. It’s also called “The Book of Sins,” which sounds fun, but its chapters always seem to come to unhappy endings.

This bad, bad book first materialized in “Marvel Spotlight” No. 4 in 1972 (it was mentioned, but not shown, in No. 3). Since, it has appeared onscreen in “Agents of S.H.I.E.L.D.,” “Runaways” and “WandaVision,” in which it passed from the hands of Agatha Harkness to Wanda Maximoff.

The short version is “Earth-616″ houses the main continuity of Marvel Comics. Not that the term is often used, as some Marvel editors have derisively likened it to competitor DC’s use of “Earth-One” and “Earth-Two” (primarily to explain why some of DC’s heroes were around in the 1940s) — but it’s canon, like it or not. Much of “Multiverse of Madness,” as again mentioned by Dr. Palmer, takes place on Earth-838.

Apart from eventual Young Avenger America Chavez trans-universe-porting into the MCU and the end-credits scene finally bringing in Doctor Strange’s enduring love from the comics, Clea (and probably also explaining why Charlize Theron wasn’t cast as Thena in “Eternals”), the sequel’s most-attention getting introduction will be that of The Illuminati.

This group of solemnly overconfident eggheads manifests here as Earth-838’s Sorcerer Supreme Mordo, Inhumans leader Black Bolt, Captain Marvel, Captain Carter (as previously seen on Disney+’s animated “What if …?”), Fantastic Four leader Reed Richards and X-Men leader Professor X (played by Patrick Stewart in one of the most explicit connections yet between the Fox Marvel movies and mutants and the MCU).

As in the comics, The Illuminati seem to exist as a cautionary tale against unelected elites secretly making momentous decisions for everyone (see the World Security Council, et al). There are differences between this iteration and the classic cabal that first appeared in “New Avengers” No. 7 in 2005 (notably excluding Namor and Tony Stark here), but they remain every bit as effective and likeable as on the page. As my 14-year-old son said before watching the film, “The Illuminati are incompetent fools. They suck.”

No. This isn’t in the comics. Why is it in the movie? Talk about hitting a sour note. This silly symphony lands in infamy with a thud, right beside the Raimi’s “Spider-Man 3″ dance sequence.

During the siege of Kamar-Taj, we briefly meet a couple of wizards who stand out among the rest. One is hard to miss because he’s a green minotaur. This would be Rintrah, from the extra-dimensional planet R’Vaal. You asked. Anyway, he’s a longtime ally and acolyte of Strange’s.

The other Kamar-Taj wizard of note is Sara, played by Sheila Atim (who appeared notably in Halle Berry’s directorial debut, “Bruised”). Considering the moment she gets onscreen with Wong, this may be Sara Wolfe, Wong’s love interest in the comics. In the comics, however, she’s of Cheyenne descent and not a wizard, but Strange’s secretary. So maybe, maybe not.

The Third Eye / The Eye of Agamotto

The “Third Eye” or “Mind’s Eye” is an ancient concept from multiple spiritual traditions involving perception beyond what can be normally experienced by the five senses. There are many ways to interpret this, from the mystical/supernatural to enlightenment or simple mindfulness.

In Marvel Comics, Strange’s third eye is a manifestation of the Eye of Agamotto, which was introduced in the MCU as a containment vessel for the Time Stone. In the comics, among its powers is a truth-revealing light (which would come in handy when those pesky Skrulls show up in the MCU’s upcoming “Secret Invasion”).

In “Multiverse,” we first see a third eye appear on the forehead of a version of our hero who bears a stark resemblance to Strange Supreme, the warped iteration of Strange who causes a universe-ending “incursion” in the animated “What if …?” TV series. That implies it might be an artifact from the Strange Supreme-wielded Darkhold, which might freak out some fans when it shows up on 616 Strange’s forehead at the film’s conclusion. But worry not; he seems cool with being a triclops when he returns mid-credits, implying this third eye is more like the comics version — simply a gateway to greater perception with a few extra abilities thrown in for kicks.

None of this explains, however, how the Eye of Agamotto is around 616 Strange’s neck years after Thanos crushed it in “Avengers: Infinity War.” Is there, like, a magical item repair shop in Greenwich Village? Maybe Etsy to the rescue? (There’s actually a likely answer in that not just the Time Stone, but the Eye Thanos destroyed in “Infinity War” may have been a fake, though the MCU has not established that.)

Wundagore Mountain is a longstanding location in Marvel Comics (dating back to Thor No. 134, 1966). It’s where the Elder God/demon Chthon wrote the Darkhold and where he was later imprisoned by Morgan le Fay (yes, that Morgan le Fay, so there’s some Black Knight sprinkled in here, too). It was also the base of operations of the High Evolutionary, one of the coolest-looking characters in all of Marvel. Anyway, it’s apparently where Wanda and Pietro Maximoff were born, so it’s a fitting final resting place for — well, you know who if you’ve seen the film.