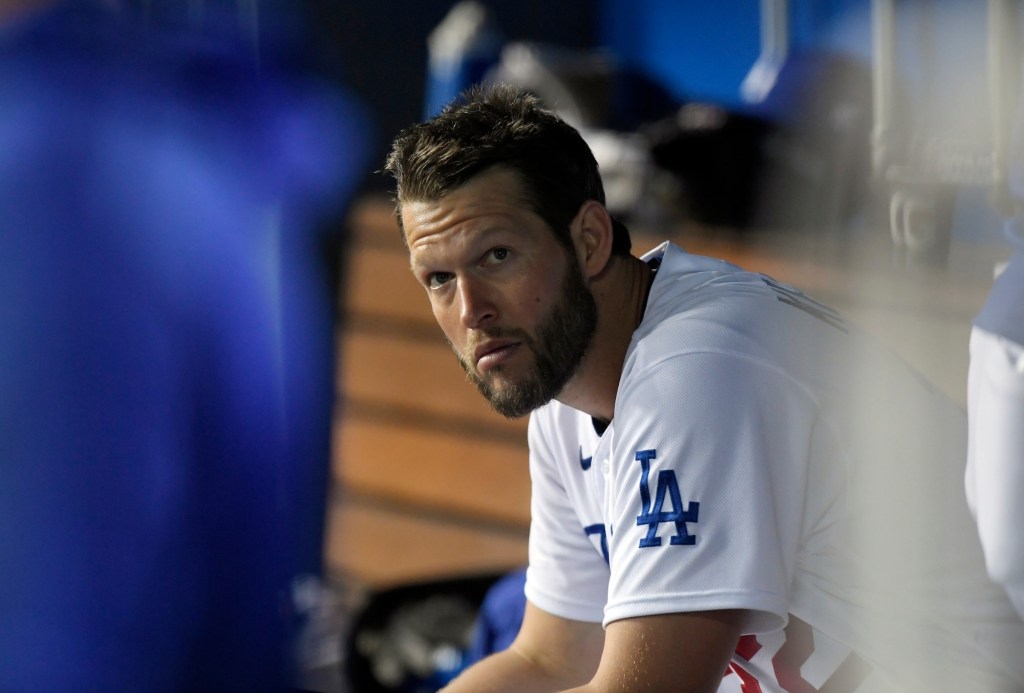 LOS ANGELES — The Dodgers’ optimism that Clayton Kershaw would not be sidelined long has taken a hit.

Dodgers manager Dave Roberts said Tuesday it is “very unlikely” that Kershaw will be ready to throw off a mound on Wednesday as originally hoped when he began playing catch on Sunday.

The three-time Cy Young Award winner received an epidural injection to treat inflammation in the sacroiliac joint in his lower back last Thursday. He began playing catch Sunday but, according to Roberts, was still experiencing some soreness. Two days later, Kershaw has not experienced as much pain relief from the injection as had been hoped.

“The relief of the pain just … isn’t there right now,” Roberts said. “That (a bullpen session on Wednesday) was our hope initially on Sunday, … Could it change tomorrow? Certainly. But I still think it’s unlikely.”

Roberts acknowledged it was “disappointing” to hear Kershaw has not gotten more relief at this point.

“But you have to kind of go with the player, how Clayton feels,” Roberts said. “I think we’re all disappointed about it, but we got to deal with where he’s at.”

Kershaw will continue playing catch even if he doesn’t throw off a mound Wednesday. But it appears more likely that his stay on the injured list could extend beyond the original 15 days.

“I think I’ll be able to answer that question after tomorrow,” Roberts said.

Meanwhile, left-hander Andrew Heaney was expected to throw off a mound between games of Tuesday’s doubleheader. It will be Heaney’s first time throwing off a mound since he went on the IL with shoulder soreness.

“Once he gets off the mound and throws, then I think that we’ll know more information on how aggressive we can be (in his rehab),” Roberts said. “But everything that we’ve heard and I’ve seen has been really positive up to this point.”

Heaney will go on a minor-league injury rehabilitation assignment before he would be ready to rejoin the Dodgers’ rotation.

The Dodgers made a series of roster moves Tuesday aimed at getting some fresh arms in their bullpen for the doubleheader. But one of those moves was troubling – right-hander Tommy Kahnle was placed on the IL with right forearm inflammation.

The Dodgers were cautious with Kahnle’s return from Tommy John surgery, delaying his season debut until May 1 so he could make several appearances on a rehab assignment. He made just four appearances before going on the IL, most recently walking two in a scoreless inning against the Phillies on Friday.

In other moves, the Dodgers swapped out left-handed relievers, sending Caleb Ferguson back to Triple-A Oklahoma City and recalling Justin Bruihl. Mitch White was also activated from the COVID IL.

Ferguson pitched a scoreless inning in relief Monday, his first major-league game since September 2020 due to Tommy John recovery. Ferguson has not pitched on consecutive days since returning from the surgery (his second) and so would not have been available to pitch in Tuesday’s doubleheader.

Reliever Blake Treinen (shoulder discomfort) was moved to the 60-day IL to clear a 40-man roster spot for White.

David Price is expected back from the Covid IL for the second game of the doubleheader.

Promoted from Double-A to make his major-league debut on Sunday, right-hander Michael Grove was optioned back to Triple-A OKC. … Second baseman Michael Busch, one of the Dodgers’ top position-player prospects, was promoted from Double-A to Triple-A for the first time. Busch, a first-round pick in 2019, hit .306 with 11 home runs and a 1.112 OPS in 31 games at Double-A Tulsa this year.