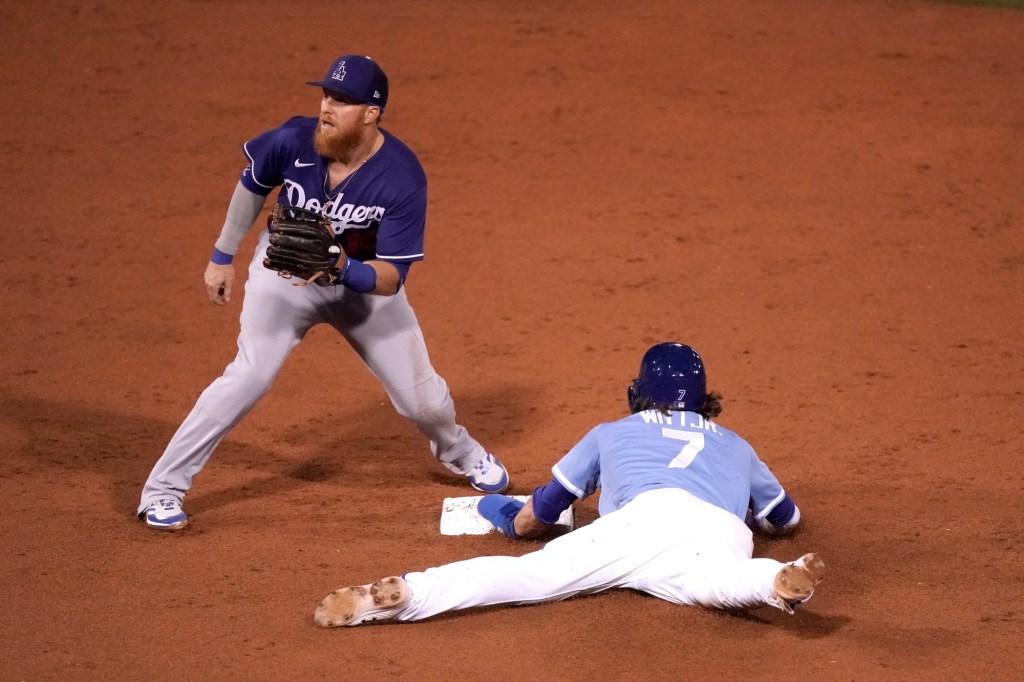 PITCHING REPORT: Right-hander Andre Jackson gave up a leadoff triple to Whit Merrifield and threw a wild pitch that allowed him to score. Jackson gave up three more hits (all singles) in 2 2/3 innings and walked a batter. Two of his runners came into score when left-hander Alex Vesia replaced him and gave up a two-run double to Carlos Santana. … Blake Treinen gave up a run in the sixth inning on a leadoff single, two stolen bases and a sacrifice fly. … Shane Greene was struck in the leg by a line drive and left the game after facing five batters in the eighth.

HITTING REPORT: The Dodgers had seven hits in the game. Four of them were home runs that drove in nine of their runs. … Royals starter Brady Singer walked Chris Taylor and Max Muncy to start the game and Justin Turner followed with a three-run home run. The homer was Turner’s first of the spring. … Kevin Pillar hit a two-run homer in the sixth inning, driving in Turner ahead of him. Turner was on base three times (a single, a walk and his home run). … Tomas Teliz hit a three-run home run in the eighth inning. … Jake Lamb was 2 for 2 with a solo home run and leads the Dodgers with eight hits this spring.

DEFENSE REPORT: Andy Burns got the Dodgers out of a bases-loaded jam in the eighth. Playing first base, Burns grabbed a high-bouncing ground ball, tagged the runner as he passed and flipped to the pitcher covering first to end the inning.