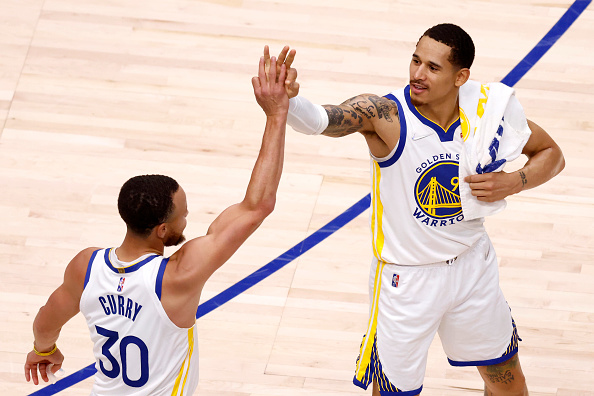 DALLAS (KRON) — The Warriors took a commanding 3-0 series lead with a 109-100 win over the Mavericks in Game 3 of the Western Conference Finals Sunday evening in Dallas. Golden State can punch its ticket to the NBA Finals with a win on Tuesday in Dallas.

The play of the night was a poster-worthy dunk by Warriors forward Andrew Wiggins who took flight over Mavericks superstar Luka Doncic.

Wiggins played a team-high 40 minutes, which included a dunk-of-the-year candidate. However, Otto Porter Jr. left the game early due to foot soreness, according to KRON4’s Jason Dumas.

Game 4 will be back in Dallas on Tuesday with a 6 p.m. tipoff. It will be televised on TNT. The Warriors have a chance to make it back to the NBA Finals since 2019 when they lost to the Toronto Raptors.