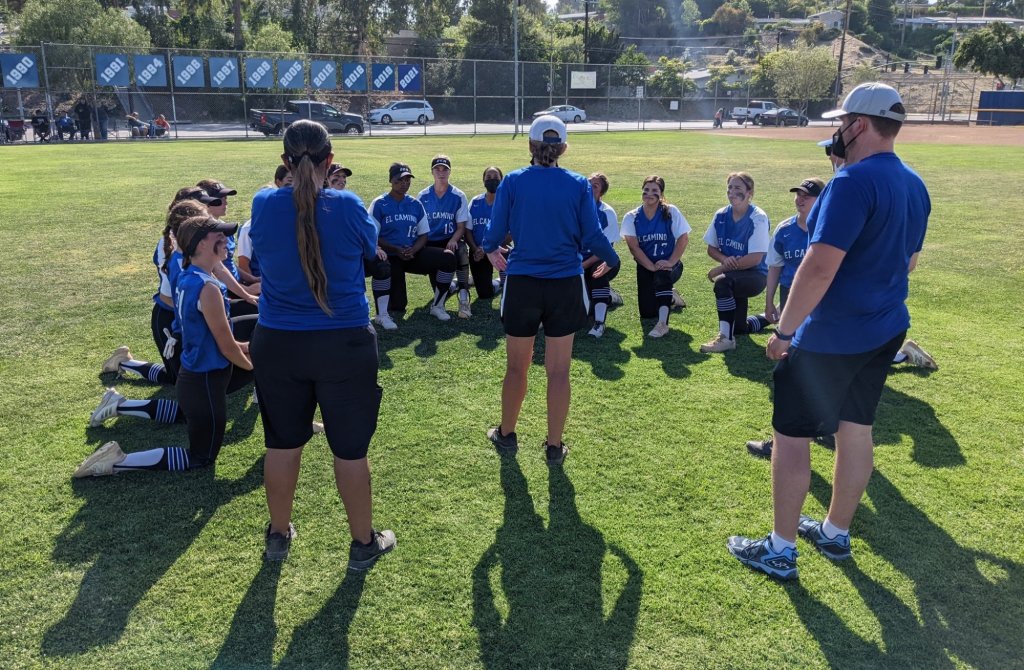 WOODLAND HILLS — Even though nearly two weeks has passed, El Camino Real is still thinking about the way it lost in its league finale. According to players, there were lapses in communication and, more importantly, in fun.

But in a 9-1 win over San Pedro in the City Section Open Division semifinals Tuesday afternoon, the No. 1-seeded Royals were thriving.

“Throughout the whole game, there was no moment where it was dead,” catcher Cynthia Carrillo said.

“Even when there were runners on base, I didn’t see it dead,” added pitcher Brooke DeSmet.

El Camino Real’s spirit is understandable. Many players on the team — including Carrillo and DeSmet — are headed to their third City Section championship game where they’ll face Kennedy High at Cal State Northridge on Saturday at 3 p.m. in an attempt to win the program’s 18th City title.

With a win Saturday, El Camino Real will be the all-time City leader in City titles, breaking a tie with San Pedro, which also has 17.

The experience of 11 seniors showed early as the ECR (23-6) scored four runs in the first two innings. Camryn Fritz hit an RBI double, and Courtney Cohen hit an RBI triple in the first inning alone.

San Pedro’s lone run was produced from the bat of senior Lexi De Leon, whose RBI double provided a spark in the first inning. With only three seniors graduating and the rest of the team returning, coach Leanna Flores is optimistic about the future for the Pirates (13-9).

“We started off very rocky, with one pitcher,” Flores said. “And the fact that we came and clapped back and made it all the way to the semifinals, I can’t be upset with that.”

DeSmet kept San Pedro scoreless the rest of the way en route to a complete game that included five strikeouts and no walks.

ECR is taking some hacks and leads 9-1 after the sixth inning. Here’s the two-run triple from Cynthia Carrillo: pic.twitter.com/fms7LUr1hY

“Before me, Maya (Pirkl) came up to me and she said, ‘It’s right there,’” Carrillo said. “I kept my eyes glued on the ball and just hit it where it was pitched.”

Royals coach Jodi Borenstein credits a tough nonleague schedule that included matchups with Oaks Christian and Los Alamitos, which just battled it out in the CIF Southern Section Division 1 semifinals.

“If you want to be the best, you have to play the best,” Borenstein said. “Oaks Christian kicked our butt. But it humbles you and it gives you something to work for.”

It won’t be an easy task. All the pressure will be on top-seeded ECR.

“We knew right when we stepped on campus in August what our job was,” DeSmet said. “We wanted to win. We would fight for this very moment right here.”