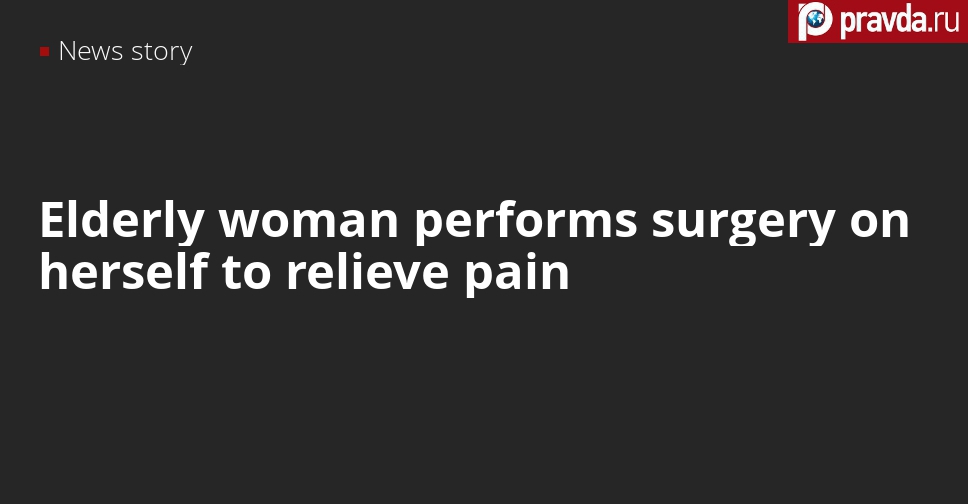 In Vyborg, an elderly cancer patient, a survivor of the siege of Leningrad, made an incision on her own body to remove excessive fluid from the abdominal cavity. The woman was admitted to a medical institution, where she will receive the required assistance, a paramedic said.


The woman will receive palliative care. This technique is used to improve the life of a critically ill patient by preventing suffering and pain and providing psychosocial and spiritual support.


Earlier, representatives for the Health Committee of the Leningrad Region said that the question of subsequent medical observation for the woman would be discussed after the patient’s condition improves.

On November 22, a resident of Vyborg could no longer deal with the inaction of doctors and made incisions in her abdomen out of desperation in order to release excess fluid that had accumulated there. Before performing the surgery on herself, the woman left a suicide note to her daughter and grandchildren.