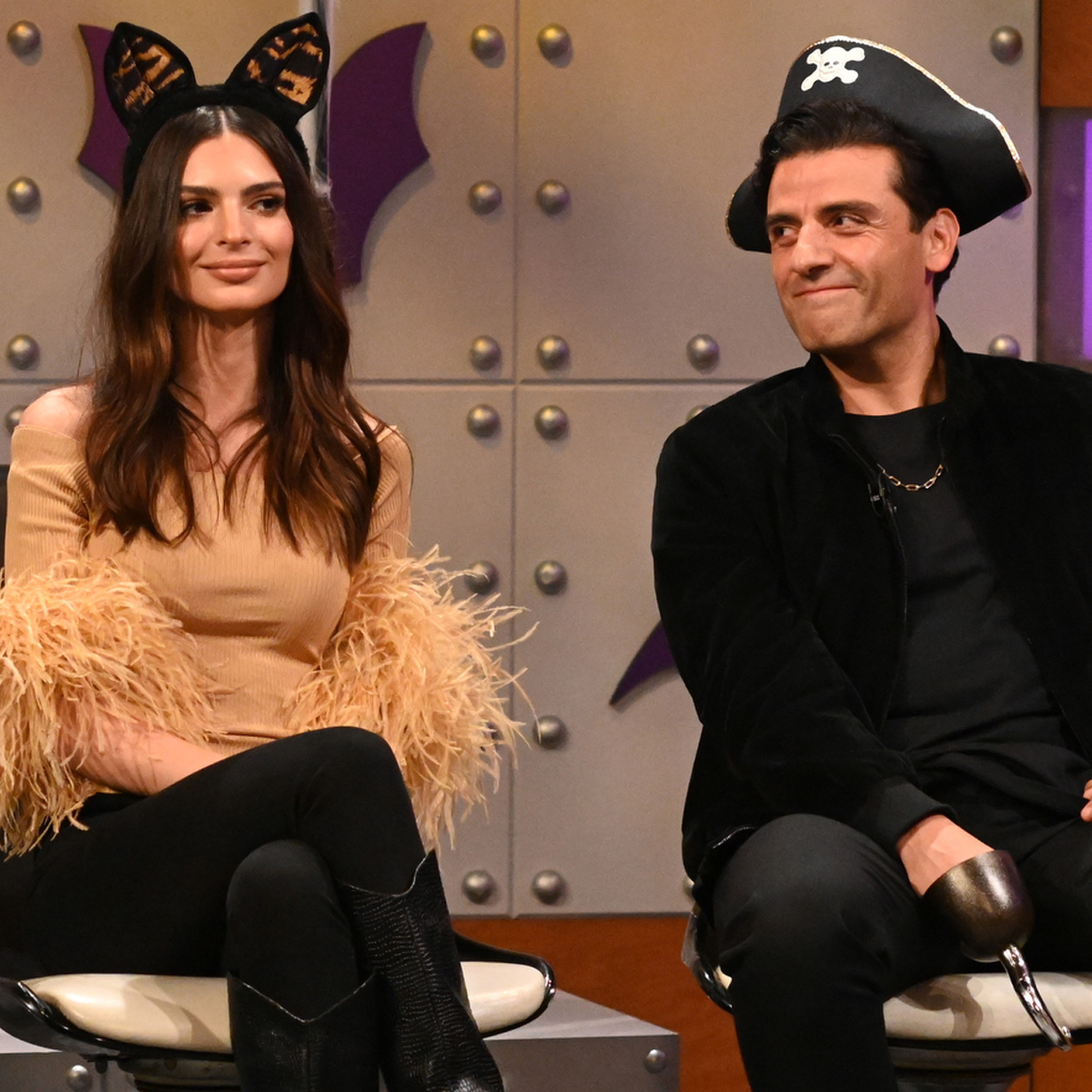 Emily Ratajkowski and Oscar Isaac dropped by Saturday Night Live, but they couldn’t seem to get a word in edgewise.

Jason Sudeikis hosted the venerable NBC comedy show on Saturday, Oct. 23, and the stars joined the series alum for the latest addition of “What Up With That.” The fake talk show segment, featuring Kenan Thompson as a host who barely lets his guests speak before immediately breaking out into song, also included Succession star Nicholas Braun, aka Cousin Greg.

After Kenan, playing Diondre Cole, asked Oscar about starring in a variety of recent projects, including Scenes From a Marriage and Dune, the actor shared, “They’re all different people, but there are similarities to all of them.”

However, when he started to hear the show’s percussion music kick in, Oscar added, “What is that? No, no, no, you’re not gonna do that to me, right?”

Emily and Nicholas got even less time in the spotlight from Diondre. In fact, the host appeared to be convinced that Nicholas was actually Fleetwood Mac member Lindsey Buckingham wearing a Halloween costume, given that Bill Hader often portrayed the musician in previous iterations of the sketch.