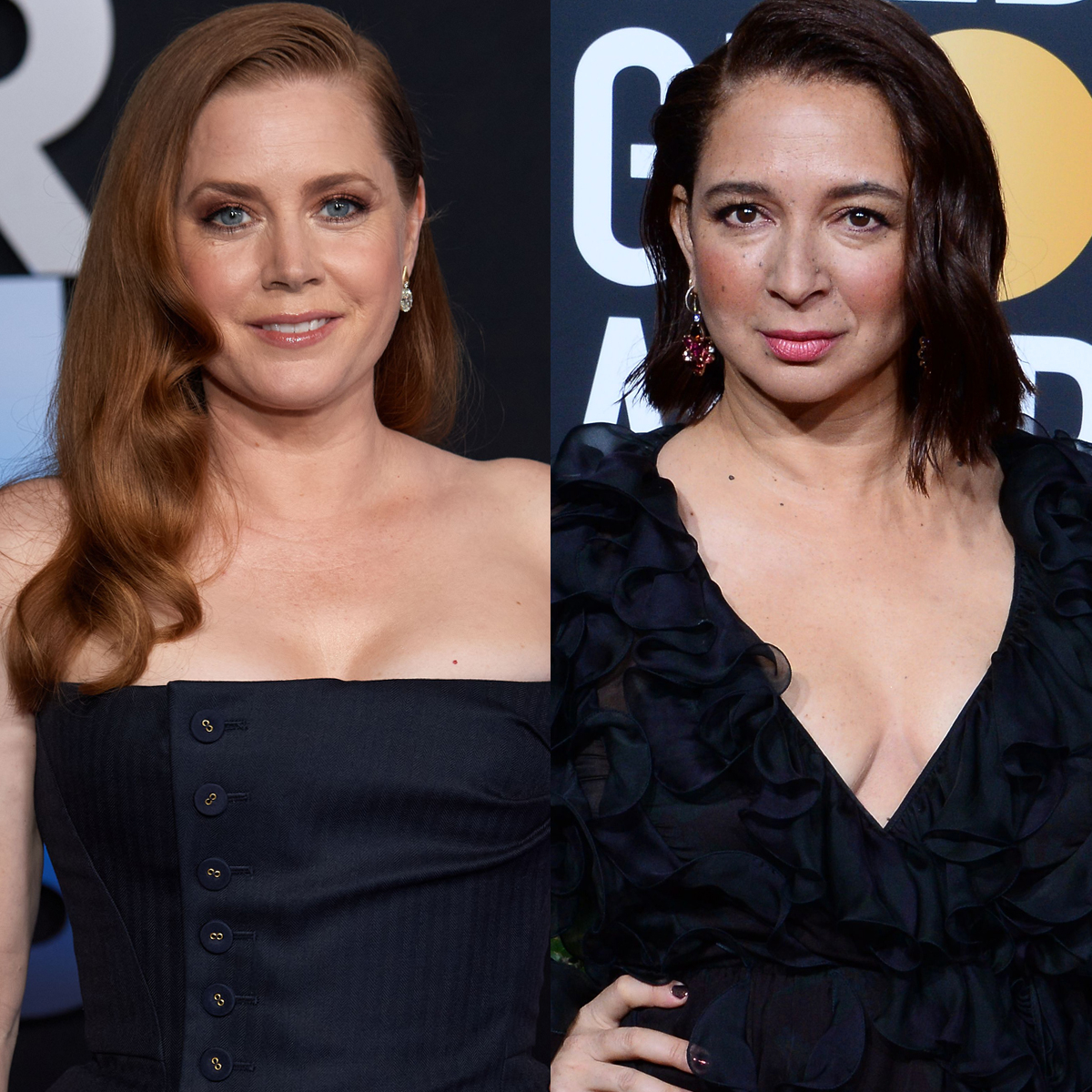 Once upon a time, we got a new first look at the Enchanted sequel.

Disney Studios tweeted a first look of Disenchanted—the magical sequel to Enchanted—showing an image of Amy Adams and Maya Rudolph mid-stare down. Amy, who plays the leading character of Giselle, is seen dressed in a royal blue gown with a peacock feather collar. Maya, who plays a new face in the franchise by the name of Malvina Monroe, is wearing a black gown with gold details. She tops the look off with a matching cape, red crystal necklace and crown.

The look between the two characters suggests there may be some bad blood between Giselle and the new character in town. But we won’t know for sure until the sequel hits the Disney+ streamer on Thanksgiving.

Amy was previously seen sharing a smooch with Patrick Dempsey on the set of the new movie in New York on April 5, giving fans hope for a happily ever after moment to adore. Amy and Patrick, who plays Robert Philip, were also photographed on set in Buckinghamshire, England, in March donning fairy-tale outfits. Amy was even seen pushing a pram, hinting at a possible child for Giselle.