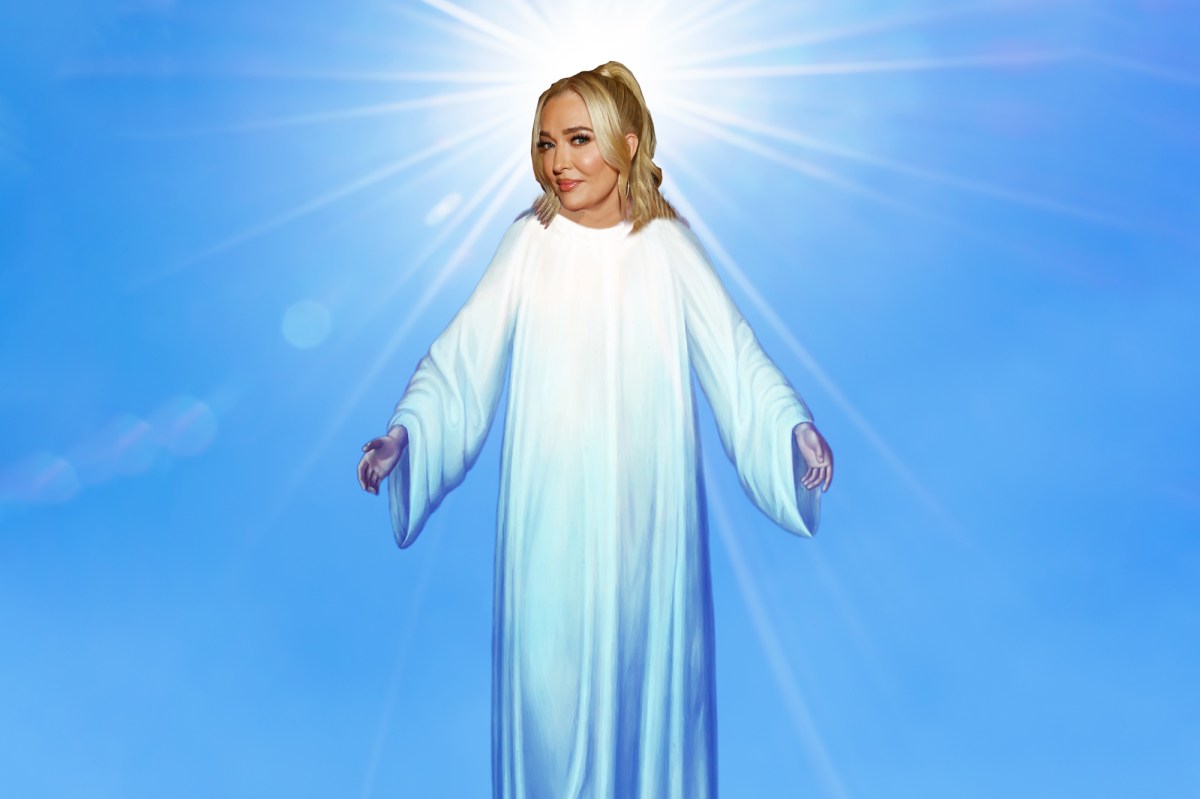 Should this “Real Housewives of Beverly Hills” season be dubbed the Book of Revelations?

Embattled “Housewife” Erika Jayne pulled a Vicki Gunvalson on Thursday, comparing herself to Jesus Christ over the public scrutiny she’s faced for her ongoing legal troubles.

“This is exactly how CHRIST died,” she commented over a fan’s post about the lawyer who is trying to claw back million of dollars from her in court.

Many ripped Jayne for implying that being slammed in the court of public opinion is the same as Jesus being crucified on the cross.

“Erika Jayne comparing herself to Christ is…..absolutely insane,” one person tweeted. “This woman has lost her damn mind.”

The fan comment that the “Pretty Mess” singer was responding to stated that lawyer Ronald Richards — the attorney overseeing the liquidation of her estranged husband’s law firm — should be “disbarred” for “slandering” Jayne for misconduct she hasn’t been charged with.

The super-fan, whose username is @mattmurray47, said the attorney “undermined the judicial system by making accusations & insinuations in hopes it will inspire public opinion to override the courts.”

“This behavior is dangerous & reckless for our society!” he added. “Everyone should take notice.”

Richards has been very outspoken about Jayne and Girardi’s case on social media, where he publicly called for the reality star to return $25 million that he believes she wrongly took from her husband’s firm, which is now in bankruptcy.

He even tweeted just this week that he will be keeping a close eye on the upcoming “RHOBH” reunion.

“We just got the preview for the Reunion,” the lawyer wrote on Wednesday. “@andy your questions were amazing. Thank you for asking the ones we wanted and covering our wish list subjects. The Court Reporter is ready to transcribe.”

Richards defended his remarks in a statement to Page Six on Thursday, stating, “There is not a single statement that anyone can point to that our office has over posted that is untrue or inaccurate. Reposting someone’s insulting statement doesn’t change that fact, all of our posts are accurate and sometimes the truth hurts.”

Meanwhile, Jayne just added more gasoline to the fire with her Christ comparison.

People immediately took to Twitter to criticize the “How Many F–k?” singer for her remark.

Another wrote, “Erika Jayne is pulling a Vicki Gunvalson comparing her own (self imposed) drama to the crucifixion of Christ….. Girl PUHLEASEEEEEEE”

Jayne then backtracked on her Instagram Stories, calling her critics “ignorant.”

“This is not a post comparing @theprettymess to Christ,” she wrote, referring to herself in the third person. “It’s comparing an unethical lawyer who is trying to undermine this judicial system by persuading the courts to ACT based on public opinion and not by the law. Just like the pharisees did to Christ.” (The Pharisees were an ancient jewish sect that were judgmental of Jesus.)

Jayne previously accused Richards of extortion for publicly offering her to settle her alleged part in Girardi’s bankruptcy case. Girardi’s former firm, Girardi & Keese, owes over $101 million in debt for allegedly mismanaging clients’ funds, including those of the victims of Lion Air Flight 610. Jayne has adamantly maintained that she had no knowledge of the allegations leveled against Girardi.