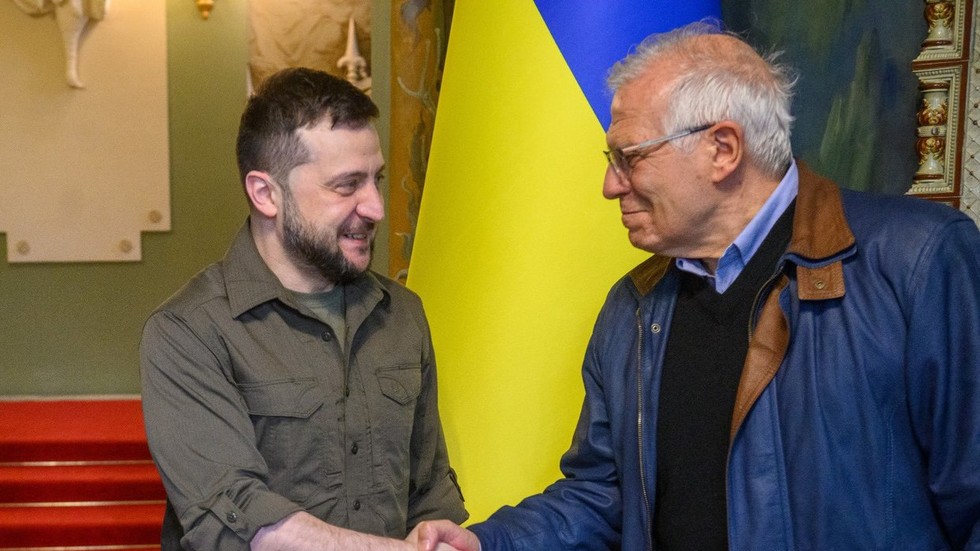 Following his visit to Ukraine, the EU’s foreign policy chief, Josep Borrell, tweeted: “This war must be won on the battlefield.” The militant remarks coming from a diplomat prompted a reaction from Moscow.

“So much for ‘economic organization.’ This is no longer the European Union. It’s just NATO’s economic relations department,” Zakharova wrote.

Touched by the resilience, determination and hospitality of @ZelenskyyUA & @Denys_Shmyhal.I return with a clear to do list:1. This war will be won on the battlefield. Additional €500 million from the #EPF are underway. Weapon deliveries will be tailored to Ukrainian needs. pic.twitter.com/Jgr61t9FfW

Since the launch of the Russian attack on Ukraine on February 24, NATO countries have significantly increased their already hefty supplies of weapons and ammunition to Kiev. However, they have stayed clear of entering direct military confrontation with Russia. Two days ago, Ukrainian Foreign Minister Dmitry Kuleba urged NATO countries to keep providing Kiev with “weapons, weapons, and weapons,” explaining that by fighting Russia, Ukraine is not only defending itself but also bolstering the security of the bloc’s members.

Moscow sent troops into Ukraine in late February, following Kiev’s failure to implement the terms of the Minsk agreements signed in 2014, and Russia’s eventual recognition of the Donbass republics. The German and French brokered Minsk Protocol was designed to regularize the status of the regions within the Ukrainian state.

Russia has since demanded that Ukraine officially declare itself a neutral country that will never join the US-led NATO military alliance. Kiev insists the Russian offensive was completely unprovoked and has denied claims it was planning to retake the two republics by force.