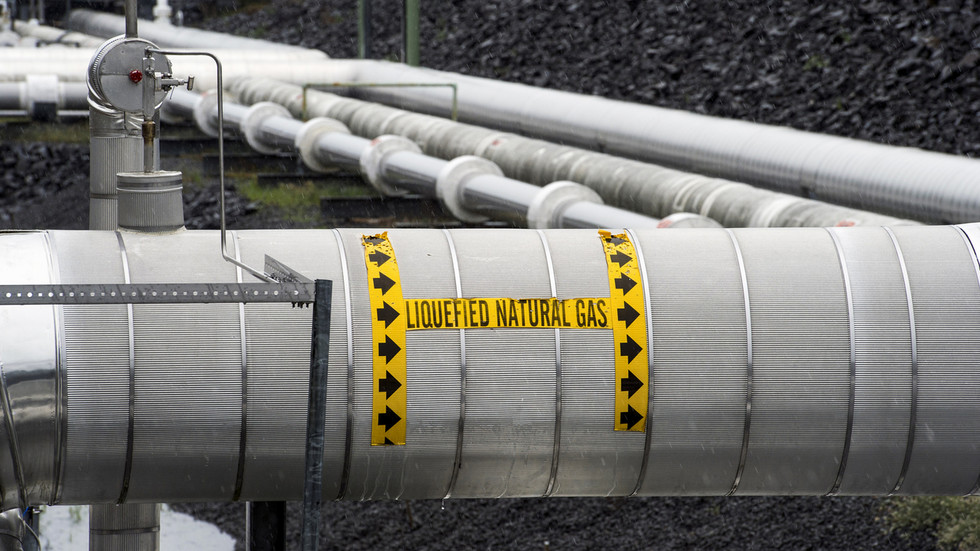 An agreement between the US and EU unveiled on Friday, which envisages additional supplies of American liquefied natural gas (LNG) into the European market, could “spell disaster for our climate,” environmental groups have warned. The deal is aimed at decreasing Europe’s dependence on Russian energy supplies by partly replacing them with American fossil fuels.

However, environmentalists take issue with the idea of swapping one source of fossil fuels for another instead of “transitioning to affordable clean energy.”

“Allowing for the expansion of new and expanded gas export facilities would lock in decades of reliance on risky, volatile fossil fuels and spell disaster for our climate and already overburdened Gulf coast communities,” Kelly Sheehan, senior director of energy campaigns at the Sierra Club, an American environmental organization, said in a statement on Friday.

Sheehan concluded that it was only by “reducing reliance on fossil fuels” that countries could “stop being vulnerable to the whims of greedy industries and geopolitics.”

Echoing the above warnings, Kassie Siegel, director of the Center for Biological Diversity’s Climate Law Institute, equated “pushing new toxic export facilities and decades more methane gas” with a “death sentence for those on the frontlines of the climate emergency.” She added that more American LNG “won’t solve Europe’s current crisis” anyway.

“Approving more export terminals, pipelines and fossil fuel production only throws fuel on the fire of our burning world,” she said.


According to the International Energy Agency, to keep global temperatures from rising 1.5C above the pre-industrial era, humanity should stop building new fossil fuel infrastructure now. Scientists believe that if the said threshold is exceeded, the planet will experience a dramatic rise in dangerous heatwaves, flooding, droughts, and wildfires that could potentially displace populations.

Speaking in Brussels on Friday, President Joe Biden announced that the LNG supply deal would ensure that “families in Europe can get through this winter,” while putting a dent in Russia’s gas revenue, which, according to Biden, Moscow pumped into its “war machine.” He also claimed that the plan would not undermine his administration’s ambitious climate goals, saying that the conflict in Ukraine would serve as a “catalyst” for broader introduction of renewables.

Under the deal, America will provide an additional 15 billion cubic meters of LNG to the European Union this year alone. This cited amount of gas is expected to supplant roughly a tenth of gas imported from Russia. Brussels has revealed plans to further ramp up LNG imports from the US and several other countries down the road, in a bid to wean itself off Russian fossil fuels.