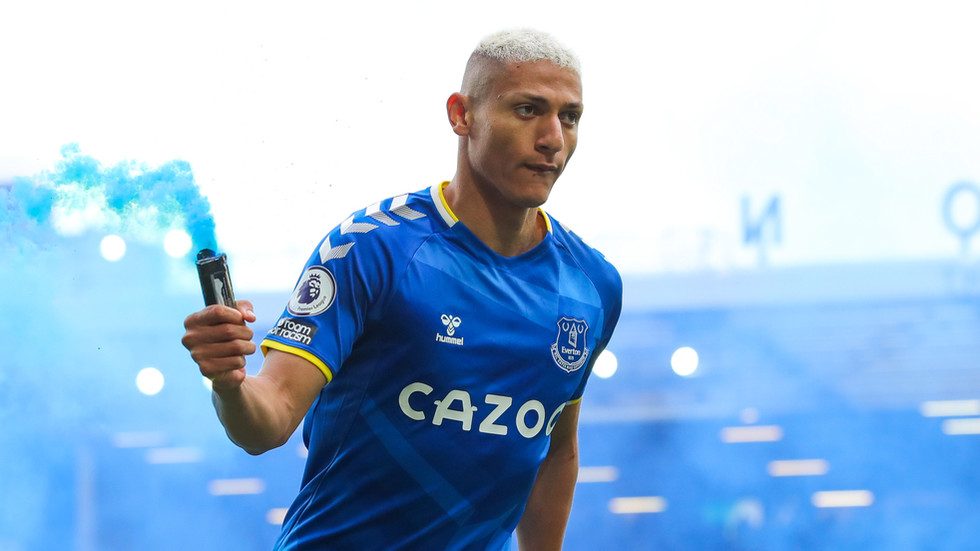 Everton goalscorer Richarlison is set to face an investigation from English football chiefs for throwing a lit flare back into the crowd on Sunday, in an unusual goalscoring celebration that was criticized on social media.

The Brazil international kept the Toffees’ hopes of not being relegated from the Premiership alive with his 46th winner over Champions League holders Chelsea at Goodison Park.

Pouncing on a rare error from Cesar Azpilicueta, the 24-year-old struck past Edouard Mendy and sparked wild scenes on Merseyside with his effort at the Gwladys Street End of Everton’s home ground.

Somewhere in the midst of the celebrations, however, a flare was thrown onto the pitch which Richarlison then lobbed back into the crowd.

Taking to Twitter after, Richarlison posted a defiant “It ain’t over till it’s over. Let’s keep fighting!” rallying cry but received criticism on the same platform for his act by some of those that didn’t approve.

“I’m sure you’ve got a contact number for someone at Goodison to serve the three-match ban to him with the amount of letters they send you,” he added.

“I recall players being sent off for throwing things back into the crowd, this is inexcusable!” barked another unsatisfied party.

“Could have killed someone. Ten year ban needed,” someone else ordered.

@FA_PGMOL Don’t let this dangerous act go unpunished. Everton can’t keep getting away with corruption, It’s damaging the spirit of football. I’m sure you’ve got a contact number for someone at goodison to serve the 3 match ban to him with the amount of letters they send you

I recall players being sent off for throwing things back into the crowd…….this is inexcusable!!!

Post-match, Everton said through a spokesperson that they would “look into the matter”.

“As far as we are concerned, Richarlison was attempting to throw it out of the ground,” the club insisted.

Yet according to several UK outlets, the striker could be investigated by the FA for throwing the item banned from English football stadiums.


With just five matches to spare, any ban for Richarlison could be fatal for 18th placed Everton who are two points behind Leeds United and Burnley but have a game in hand on their relegation rivals.

At the least, however, a figure who could leave Frank Lampard’s men if they go down in order to keep his Qatar 2022 World Cup hopes alive may get off with just a written warning.