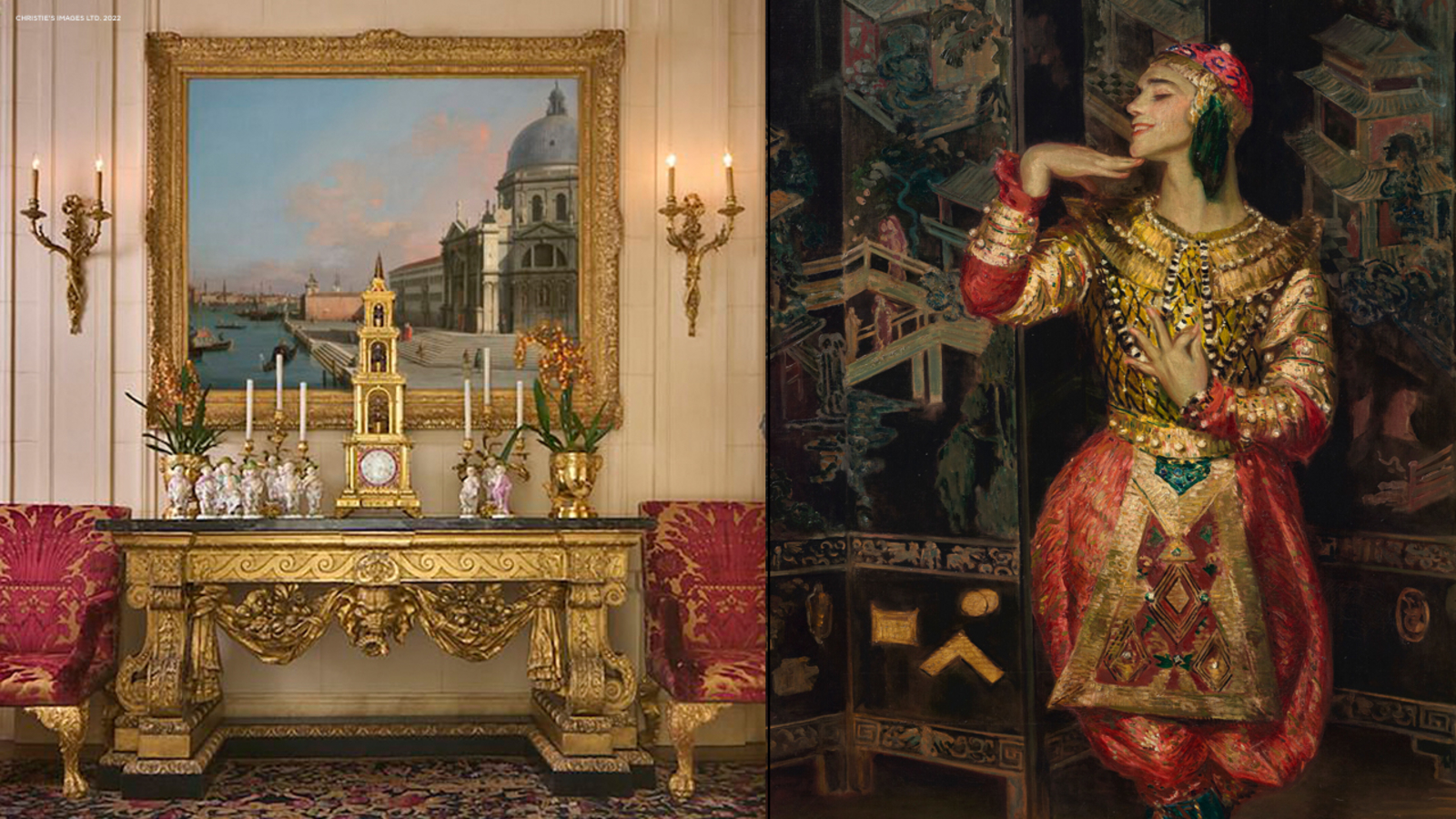 Gordon Getty, the son of oil tycoon J. Paul Getty, had his house emptied of nearly 1,200 art pieces he and his wife, Ann, collected throughout their lives.

Ann Getty died two years ago and Gordon Getty, who is 88 years old, said it was time for others to enjoy the extraordinary art collection he had amassed in his California homes, including the 1913 mansion in Pacific Heights.

“There’s no reason for me having all that stuff. It seems to me they belong either in a museum and the others will at least go to those who prize them,” explained Getty, who gave an exclusive interview to ABC7 Weather Anchor Spencer Christian.

Acquiring remarkable art is not new to the Gettys.

J. Paul Getty created a museum in Los Angeles with his collection of artwork by Rembrandt, Rubens, Goya, van Gogh and Manet.

Proceeds from the auction will go to the Ann and Gordon Getty Foundation for the Arts, which will provide grants to groups in the arts, education and sciences.

“About everything sellable is going to be sold. I don’t think I reserved a darn thing for sentimental reasons. Every cent of the proceeds has got to go to charity,” said Getty.

The collection is impressive even to art experts.

It includes fine English furniture from the 18th century as well as Asian and European tapestries and paintings,

“It’s totally original. I think it is probably the most important interior in the 20th century in America, ” said Jonathan Rendell, deputy chairman of Christie’s Americas. “There is a richness and a depth in the way Mrs. Getty formed interiors which very few people would be brave enough to do.”

One of the centerpieces of the home was “Entrance to the Grand Canal Looking East”, an 18th century painting by Cannaletto. A similar painting is part of the Royal collection in Windsor Castle.

Rendell was impressed by the Asian art decorations around the painting, referencing Venice as the end of the Silk Road.

Also going up for auction is ” Chrysanthemes dans un vase de Chine,” a 1902 painting of a Chinese vase by Henri Matisse.

“The Matisse was at the top of the staircase. Mr. and Mrs. Getty would pass by several times a day on their way upstairs to the bedroom and down in the morning,” said Rendell.

Christie’s photographed the home in detail for the auction. The images will be viewable online.

“I can’t promise a complete reproduction. I can offer a good semblance of what it was like to be there, to see the house and the views and to see the genius of Ann Getty,” said Rendell.

Despite being the richest person in the United States in the 1980s, Getty earned a degree from the San Francisco Conservatory of Music.

He wrote several operas and composed many choral and piano works.

“The pockets of Gordon Getty have plenty in them. It’s okay to die rich, but you must leave a little to your family if they need it, but then it should go to humanity,” said Getty with a smile.

The Ann and Gordon Getty Collection will be auctioned in October.