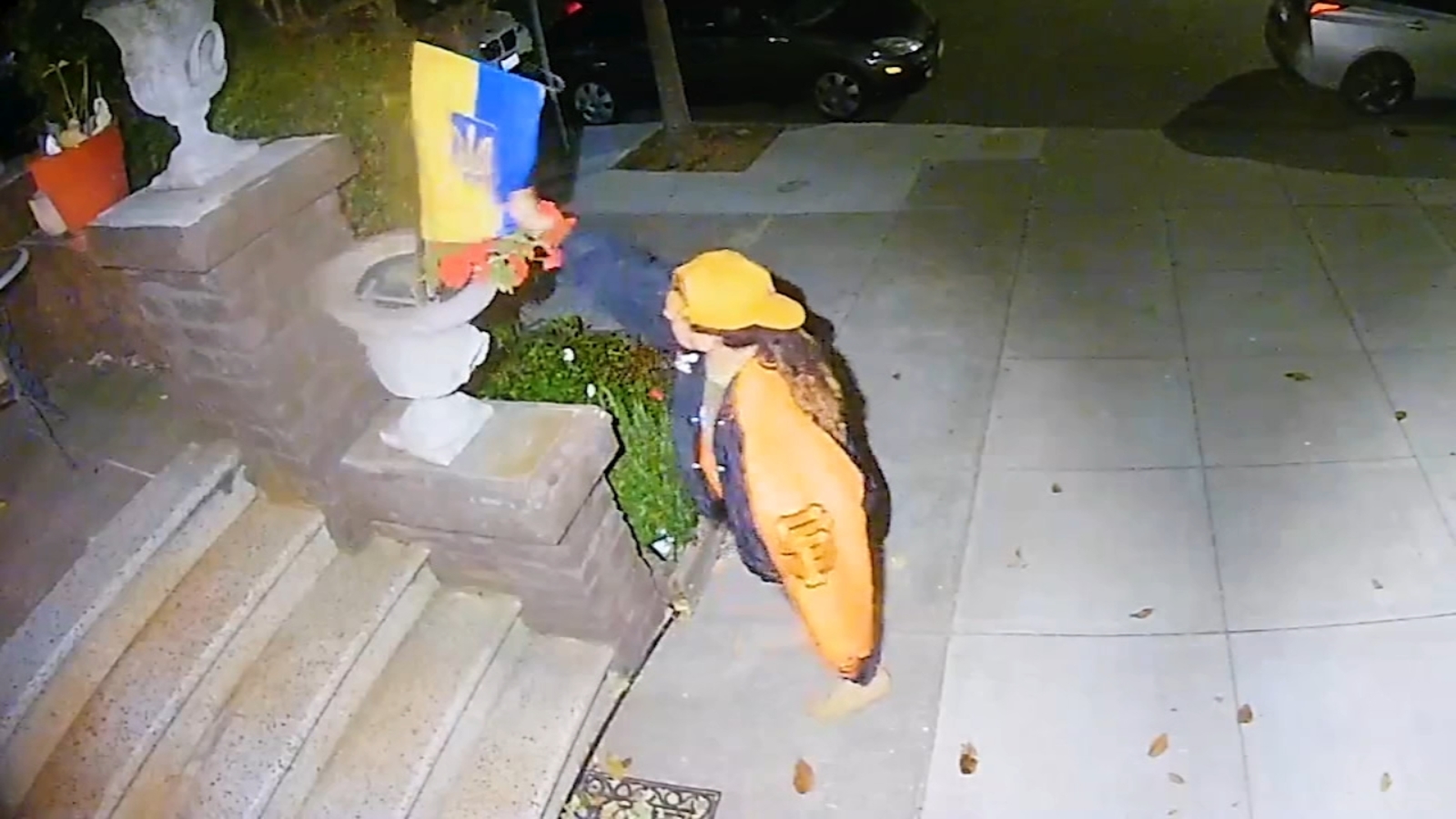 SAN FRANCISCO (KGO) — San Francisco police are searching for a man who vandalized a home early Sunday, ripping down Ukrainian flags and doing more damage. Could it be a hate crime? The homeowner has relatives in the line of fire in Ukraine, and she spoke to the I-Team’s Dan Noyes.

The homeowner didn’t want to make a big deal out of this, with so many serious headlines around the world and here at home. But, acts of vandalism like this matter to the quality of life, in a city that is already suffering the effects of so much crime.

Leanna Dawydiak connected with relatives in Ukraine for the first time just before the pandemic, and traveled to Lviv to meet them. After Russia invaded, she looked for some way to show her support for Ukraine.

“To be honest with you, if my Ukrainian was a little bit better, I would be over there. But I just think I’d be more trouble because my language skills aren’t. I mean, they’re getting there, but they’re not there yet.”

VIDEO: ‘This needs to stop’: Vandalism at Manny’s in SF part of nationwide rise in anti-Semitic incidents

The least she could do, she thought, was hang some Ukrainian flags and a wreath at her home in the Inner Richmond neighborhood. Leanna was stunned to wake up Sunday to this mess, planters tossed to the ground and broken, the facing on her house split, and the flags torn down.

She told the I-Team, “I wasn’t scared, I was just really pissed off. And I, you know, it’s like, I want to go out and start driving around, see if I could find the guy.”

Her surveillance cameras caught it all, including the vandal yelling, “I already talked to you about that.”

Do you know this guy? This was the start of his vandalism spree yesterday. Coming up on the news at 5, see what he did and why the homeowner thinks it’s a hate crime. pic.twitter.com/WDSEWy1h6S

A man who appears to be white with long, dark hair bleached at the ends, wearing a San Francisco Giants jacket, rips down one flag, a planter falls with it. He tosses the flag in the street, and returns, to rip down the biggest flag, throws both planters to the street, seems to toddle away, but returns to throw the outdoor furniture off the porch.

LEANNA DAWYDIAK: “His focus was obviously the flags, the damage and the vandalism I think was collateral to his — I don’t know why, except the only thing I could think of is what’s going on now. It’s kind of a hot topic.”

DAN NOYES: “You think this was a hate crime?”

LEANNA DAWYDIAK: “I do, yeah.”

Even though Leanna Dawydiak is a former SFPD sergeant and lawyer for the department, she had to make several calls to get a police response- twice to 911, then to the local station. Police are checking one of the flags for fingerprints, trying to identify this man.

If you know this guy, the police want your help. Also, we have a long-running list of charities who are doing good work for Ukraine, if you’d like to show your support that way.