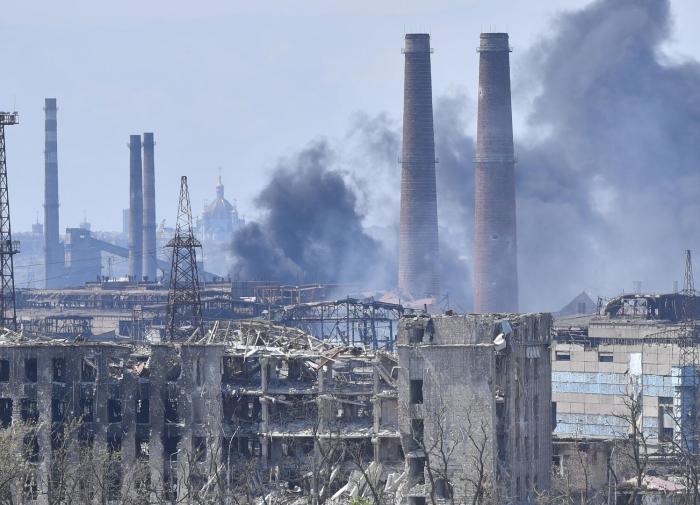 Recently, a video of the shelling of the Azovstal metallurgical plant appeared on the Web. The footage shows luminous traces of the fall of fired shells. After that, Kyiv immediately accused the Russian side of using white phosphorus, the use of which is prohibited by international agreements.

Military expert Mikhail Khodarenok commented on the “fireworks” over Azovstal and noted that completely different incendiary substances were used. According to the expert, the reason was the usage of magnesium. Khodareonok believes that the shelling was carried out by MZ-21 (9M22S) shells of the 122-mm Grad rocket system.

“Phosphorus was not there in principle – the incendiary element is a shell of a hexagonal section made of magnesium alloy ML-5, in the blind socket of which a pyrotechnic composition is pressed,” Khodarenok explained.

He recalled that the Russian army does not use phosphorus. The analyst emphasized that since 2014 it was Ukrainian militants who have been shelling the cities of Donbass using incendiary shells with phosphorus.