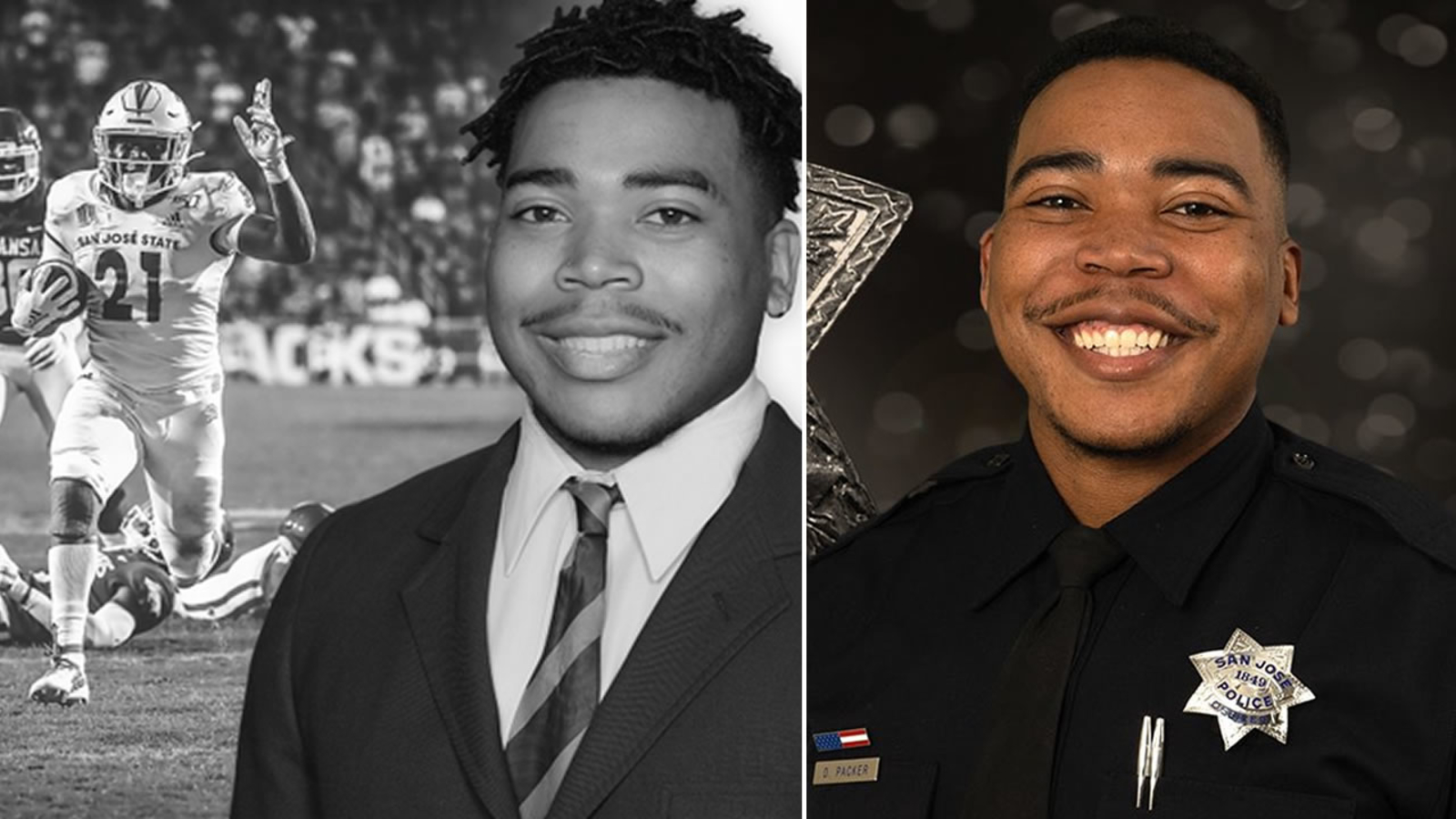 The Santa Clara County Coroner ruled “fentanyl toxicity” contributed to the death of the 24-year-old.

Packer was a star football player at San Jose State University. He was found dead at a home in Milpitas in March.

“On behalf of DeJon’s mom, Sonya Steptoe, and family, we are shocked and heartbroken upon learning of DeJon’s cause of death. There was no indication that DeJon was involved in illicit activity and he was heavily against it as evidenced by his chosen profession. He joined the San Jose Police Department to make a difference in his community and did not want the police to be seen as a negative entity. It is our understanding that even the smallest trace of Fentanyl is lethal and can cause harm, and our family will be closely following the Milpitas Police Department and San Jose Police Department’s investigation of the circumstances surrounding his death.”

“Above all things, DeJon was special, brought good to the world and left a positive impact everywhere he went and on everyone he met. That is his legacy, not this. He was able to accomplish so much in his short life and these findings do not define him. We want to thank those that continue to show support during this really difficult time and ask for respect and privacy as we continue to heal from our tragic and devastating loss.”

“He joined the San Jose Police Department to make a difference in his community and did not want the police to be seen as a negative entity. They also told us they want Packer remembered as someone who brought good to the world.”

Milpitas Police are investigating the incident.

“Any allegation of illegal drug use by a San Jose Police Officer is concerning. There are no free passes for police Officers, and we will not make excuses.”

The video above is from a previous report. Original story follows

A San Jose police officer was found dead in his home over the weekend in the South Bay. The officer is said to be 24-year-old former San Jose State football player DeJon Packer, a graduate of SJPD academy in 2021.

Milpitas police tell ABC7 News that Packer was off-duty when he was found dead in his home Sunday afternoon.

“It’s a difficult day here at the police department today for a lot of us,” SJPD Sgt. Christian Camarillo said.

“Everybody is heartbroken for Pack, for his family and for our football family here because he had a tremendous impact on everyone he met,” SJSU Football head coach Brent Brennan said.

Packer was a local kid who made an impact on his community in many ways.

After a successful football career at Gunderson High School and San Jose City College, Packer came to the Spartan program.

Coach Brennan said he was a leader on and off the field.

“On the football field he was fantastic,” Brennan said. “He was a guy that walked on here from San Jose City College and earned a scholarship. He was always on the 3.0 wall. He did everything right all the time.”

San Jose State emphasizes life “beyond football” and Packer took the lessons to heart when deciding what he would do after graduating from SJSU.

He joined the San Jose Police Department where he graduated with the academy’s pandemic class in 2021.

“Being a police officer, serving the community spoke to him, which is not surprising,” Brennan said. “He was always volunteering for community outreach and was always engaged that way.”

“We have a lot of people here that are grieving yesterday, today and will be for some time,” Sgt. Camarillo said. “This officer was really well-liked.”

Our police family is devastated by the sudden loss of Officer DeJon Packer who passed away last night.

DeJon graduated the police academy just one year ago. He was beloved by the San Jose community and was a celebrated former SJSU football player. pic.twitter.com/qrTQZGkDoJ

My heart breaks for the family and many friends of @SanJosePD officer DeJon Packer. DeJon graduated from Gunderson High School, played football for @SJSU, and after graduation, served his community as a police officer. (1/2) https://t.co/Afj7JPvCdE

DeJon Packer was 24 years old, a life many close to him said was lost too soon.

“Being that young and the good that he was already putting out to the world, to not have that around here and in San Jose is a devastating loss for all of us,” Brennan said.

SJPD did make clear that despite reports on social media, there is no connection between the SJPD officer’s death and a double stabbing in San Jose over the weekend.