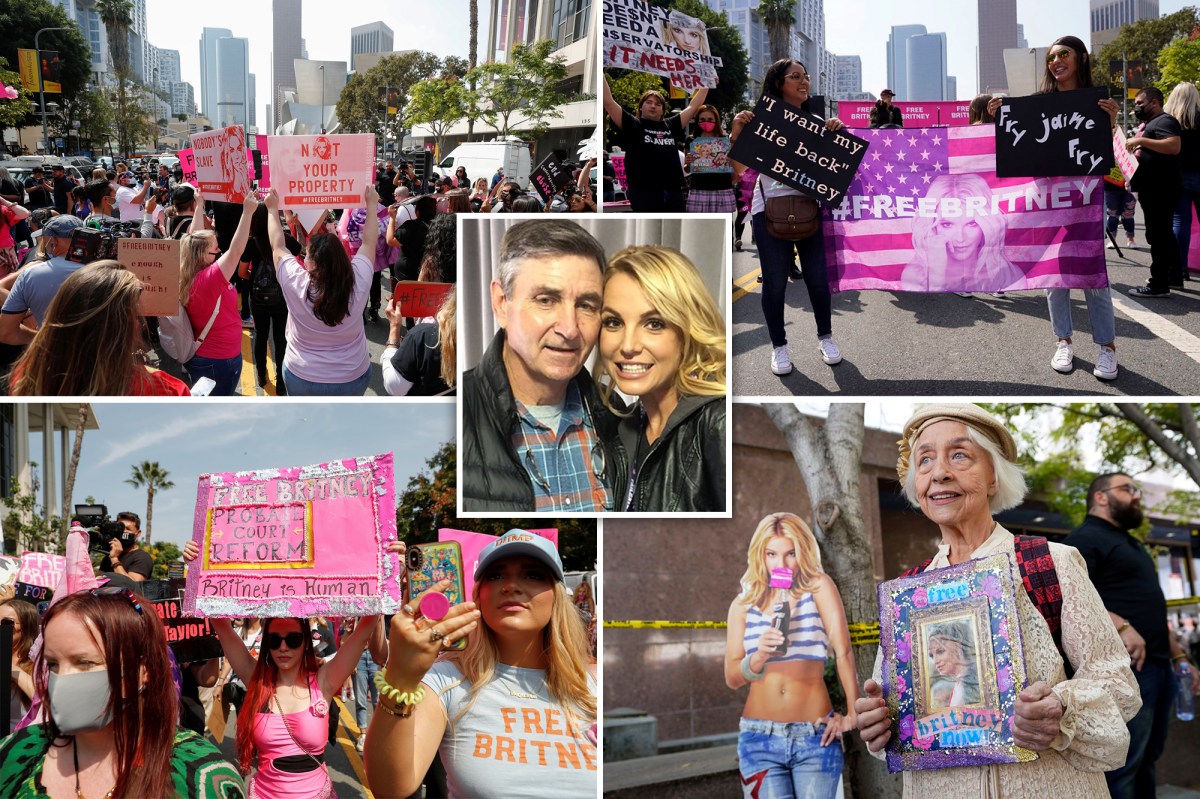 Hundreds of Britney Spears fans descended on the streets of Los Angeles Wednesday afternoon in a show of support for the pop star, as a judge was set to rule on whether or not her controversial conservatorship should be dissolved.

Advocates for the singer could be seen waving a huge pink flag reading “Free Britney,” and pushing a podium on wheels with a step and repeat banner emblazoned with the slogan and trending hash tag.

Other fans brandished signs reading “I want my life back – Britney,” “Fry Jamie Fry,” and “Britney doesn’t need a conservatorship, it needs her.”

Spears’ father, Jamie, filed a petition to end the conservatorship last month, after the singer filed to have him replaced with a court ordered conservator.

Los Angeles County Superior Court Judge Brenda Penny could terminate the conservatorship, keep it in place, remove Jamie from his role or delay a ruling.

Jamie Spears has been in control of his 39-year-old daughter’s business and personal affairs since 2008, a situation the singer called “abusive.”

Britney testified she has been forced to take birth control, prevented from getting married, and not given access to her finances.

“I haven’t done anything in the world to deserve this treatment,” she said. “It’s not OK to force me to do anything I don’t want to do.”

The 68-year-old took control of his daughter’s $60 million fortune in 2008 following a series of public mental health struggles.