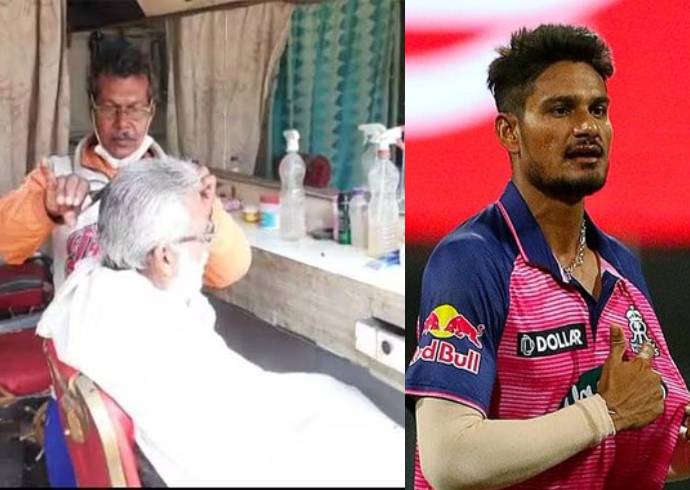 IPL 2022 – Rajasthan Royals Kuldeep Sen: IPL in its 15 years of existence has seen and heard many RAGS to RICHES & succsess stories. Kuldeep Sen’s story too would rank at the top. Unknown, Unherald – Sen defended 15 Runs off the last over to give Rajasthan Royals (RR) a thrilling victory over Lucknow Super Giants (LSG). When Kuldeep was winning the world by his skills, his father was at his small HAIR SALON in REVA: Follow IPL 2022 LIVE Updates with InsideSport.IN

Rajasthan Royals Kuldeep Sen – What happened in RR vs LSG Match? Kuldeep Sen made his debut in IPL match against LSG. He was entrusted with a responsibility to defend 15 Runs in the LAST over against rampaging Marcus Stoinish.

Kuldeep conceded just 11 off the last six balls to finish with figures of 1 for 35 and won a match for RR.

“He is a great guy, bowls with heart. He executed under pressure and will only grow from an experience like that,” Royals quick Trent Boult said about Kuldeep after the match.

Who is Kuldeep Sen? Kuldeep hails from Hariharpur in Madhya Pradesh’s Rewa district. His father Rampal Sen runs a small HAIR SALON in the city.

Few of the local papers have reported that Kuldeep’s father stayed back at the SALON to watch his son making a debut in IPL.

All you want to know about Kuldeep Sen?

Thanks to Kuldeep’s performance, Rajasthan Royals is now on top of IPL 2022 Points table. RR so far has won 3 matches from 4 they have played so far.

KKR is on No 2 followed by Gujarat Titans. RCB & LSG also have 3 victories each to their credit.