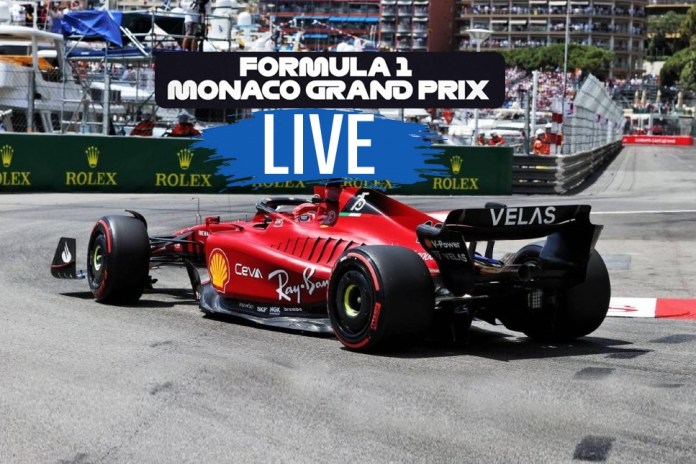 F1 Monaco GP Live: Follow Live updates – The seventh race of the F1 2022 calendar will take place at the iconic Monaco GP. The oldest circuit in the F1 circuit that has been used since the 1950s will see the title contenders Charles Leclerc battle against the defending World Champion Max Verstappen. With a major hint of rain in the forecast, the streets of Monte Carlo can prove to be more deadly as Monaco can spice the battle for the top spot by being the first race of the calendar year to feature rain. Follow Formula 1 Live Updates and Monaco GP Live on InsideSport.IN.

Max Verstappen had quite a strange outing in the qualifying as he was constantly out of pace from the Ferraris and even to his compatriot, Sergio Perez. The Dutch race couldn’t go on to increase his lap time after Q3 was brought to an early end owing to a Red Flag as Verstappen had to settle at 4th behind Perez.

It’s always a special day on the race calendar! 🙌

The Ferraris of Charles Leclerc and Carlos Sainz were unmatched for their pace as both the prancing horse locked the first row. With overtaking being difficult at Monte Carlo, Ferrari would be desperate for a 1-2 finish. Homeboy, Leclerc will be eager to win his first-ever home Grand Prix and break his Home race curse.

McLaren’s Lando Norris toom the 5th spot after putting a flying lap at the end of Q3. Mercedes’s George Russell occupied the 6th position after being a bit off the pace, compared to Ferrari and Red Bull. Alpine’s Fernando Alonso took the 7th spot while his old teammate Lewis Hamilton had to settle at the 8th spot.

Hamilton had to abandon his last lap, and so did Leclerc, Sainz, and Verstappen after Sergio Perez lost his rear and crashed into the barriers right before the tunnel. With 30 seconds of time left for Q3, the session was brought to an end soon. Sebastian Vettel and Esteban Ocon occupied the 9th and 10th spots respectively.

Where can you watch the Race on TV?

The Monaco GP Race can be viewed on Star Sports.

Where can you watch the and Race? – Live Stream

The Monaco GP Race can be live-streamed on Disney + Hotstar.