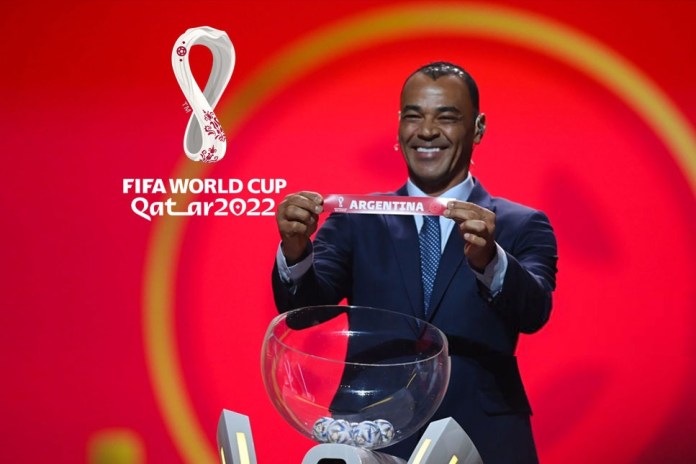 FIFA World Cup Draws LIVE – World Cup group stage draws: The World Cup Final draw has ended and we have exciting and mouth-watering fixtures to watch out for. Check out all the Group of Death and the full list of Group A to H as we gear up for the FIFA World Cup in November. Cristiano Ronaldo will face Luis Suarez and Manchester United teammate Edinson Cavani in Group H while Lionel Messi will face the wrath of Robert Lewandowski. The playoffs for the final three spots will take place in June. Follow InsideSport.IN for the latest FIFA World Cup updates.

The #FIFAWorldCup groups are set 🤩

FIFA announced that the draw will take place on Friday, April 1st at the Doha Exhibition and Convention Center (DECC). The draw ceremony will be attended by 2,000 special guests and, at the end of the event, the world’s best teams will be able to plot their route to the FIFA World Cup Final.

The final match of the event will take place at the 80,000-capacity Lusail Stadium on December 18th 2022. The tournament kicks off on Monday November 21st 2022 at the Al Bayt stadium in Al Khor with a match that will feature the host country.

World Cup Final – The final will be played at the Lusail Stadium in Doha a week before Christmas on Sunday December 18th 2022. Unlike at Euro 2020, there will be a third-place play-off game on December 17.

Introducing Al Rihla, the #OfficialMatchBall of the 2022 #WorldCup

Thirty-one nations will earn the right to play alongside host Qatar through regional qualifying matches. It has been predetermined how many nations will qualify from each region:

With 29 countries having already sealed their spot, that leaves 3 places left for countries to battle it out for.